Erdogan sets a condition for Turkish troops to leave Qatar 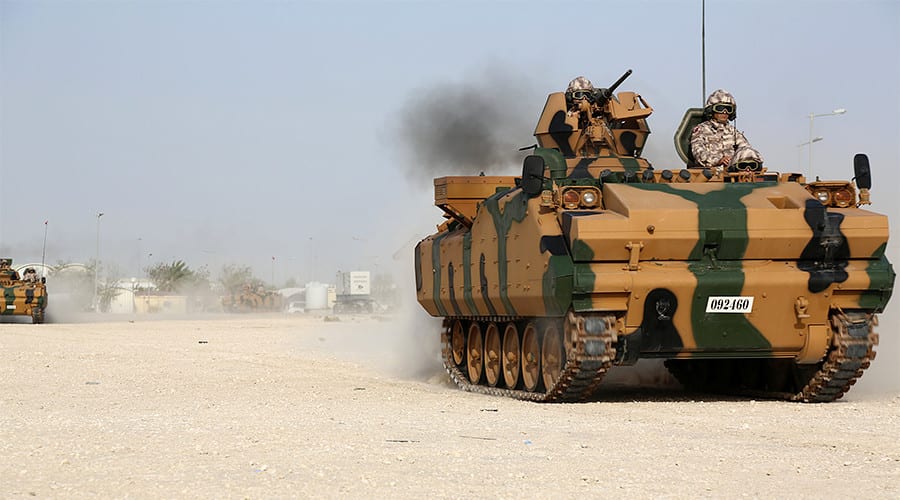 Turkey's President Recep Tayyip Erdogan reaffirmed support for Qatar amid Gulf tensions and claimed his troops will only be withdrawn if Qatar asks them to leave.

"We remain loyal to our agreement with Qatar. If it requests us to leave, we will not stay where we are not wanted," Erdogan said in a meeting in Cairo yesterday.

Since the inception of the Gulf tension in June, Turkey has sent soldiers and food supplies in aid of Qatar, to sidestep a siege via land, air and sea by an Arab coalition.

Saudi Arabia, United Arab Emirates, Bahrain and Egypt accuse Qatar of supporting terrorism and extremism. Qatar categorically denied the accusations saying they are baseless and attempted to resolve the tensions, only to be told it is not taking the demands to lift the siege seriously.