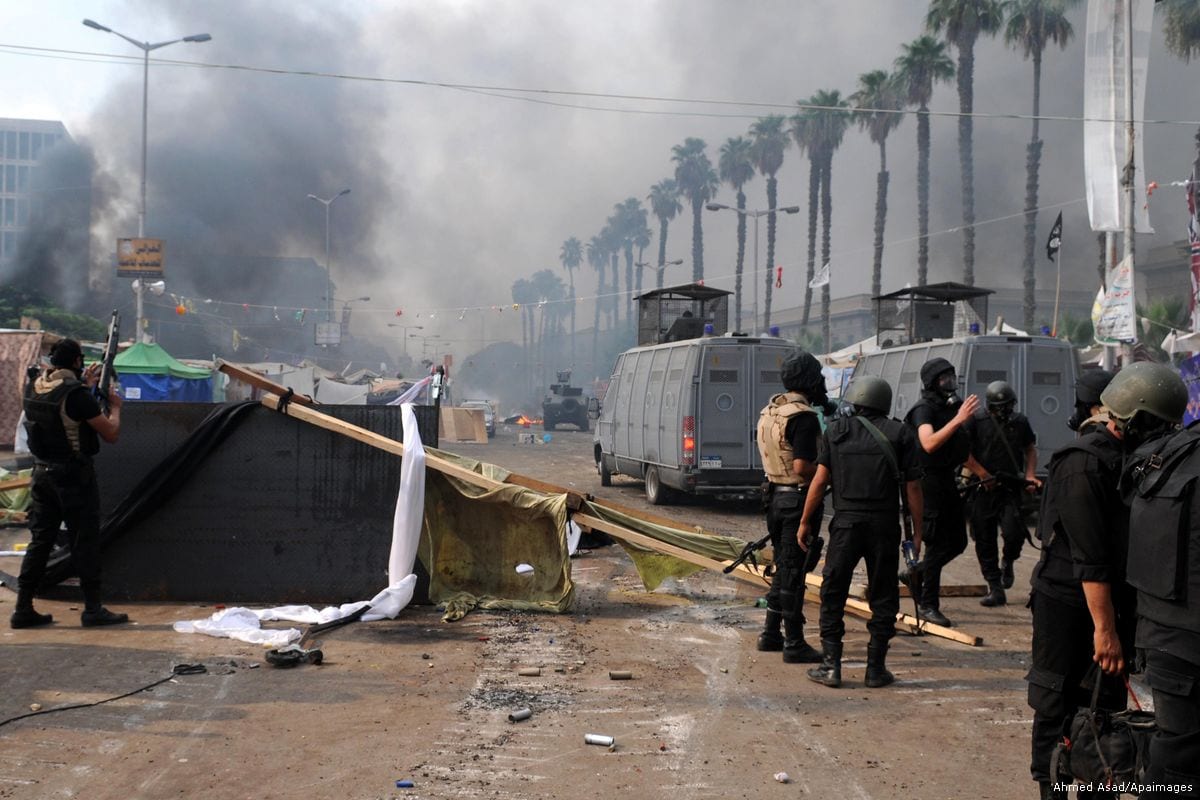 Smoke rises from the clashes between protesters and Egyptian forces [Ahmed Asad/Apaimages]
August 31, 2017 at 2:27 pm

Egypt has added the names of another 300 people to its terrorism watch list, after some 50 others were added earlier this week, according to the government's official Gazette.

The designated individuals have been given 60 days to appeal against the decision before the Court of Cassation, the highest appeals court in Egypt, accepts the additions permanently. Those on the list are prevented from travelling or participating in political activity, and the label gives the authorities the right to freeze their assets and cancel their passports.

Many of those on the list are members of the banned Muslim Brotherhood, including financier of the group, Hassan Malik. Since the ousting of democratically elected President Mohamed Morsi in 2013, Egypt has seen an unprecedented crackdown on the group.

Earlier this year the government added some 1,500 names to the list, which included the now imprisoned Morsi, his sons, and retired Egyptian footballer Mohamed Aboutrika.

Read: 378 enforced disappearance in Egypt within a year

President Abdel Fatah Al-Sisi's regime has detained and imprisoned thousands of Egyptian citizens, allegedly as part of its counter terrorism strategy, which even extends outside its borders. As one of the countries boycotting Qatar in relation to its alleged support of terrorism, in June, Egypt also asked Interpol to help find and arrest 30 senior Muslim Brotherhood leaders living in the tiny Gulf state.

Those arrested often face torture or are sentenced to execution in mass trials where they are afforded little by way of legal representation, prompting strong condemnation from numerous international human rights organisations.

Last week, the US announced that it would cut its regular funding to Egypt by some $95.7 million as it has failed to progress on respecting human rights and democratic norms. However, the US State Department later hinted that the decision to cut and freeze aid to Egypt was because of Cairo's cooperation with the government of North Korea, rendering its initial criticism of human rights abuses irrelevant in the eyes of many.