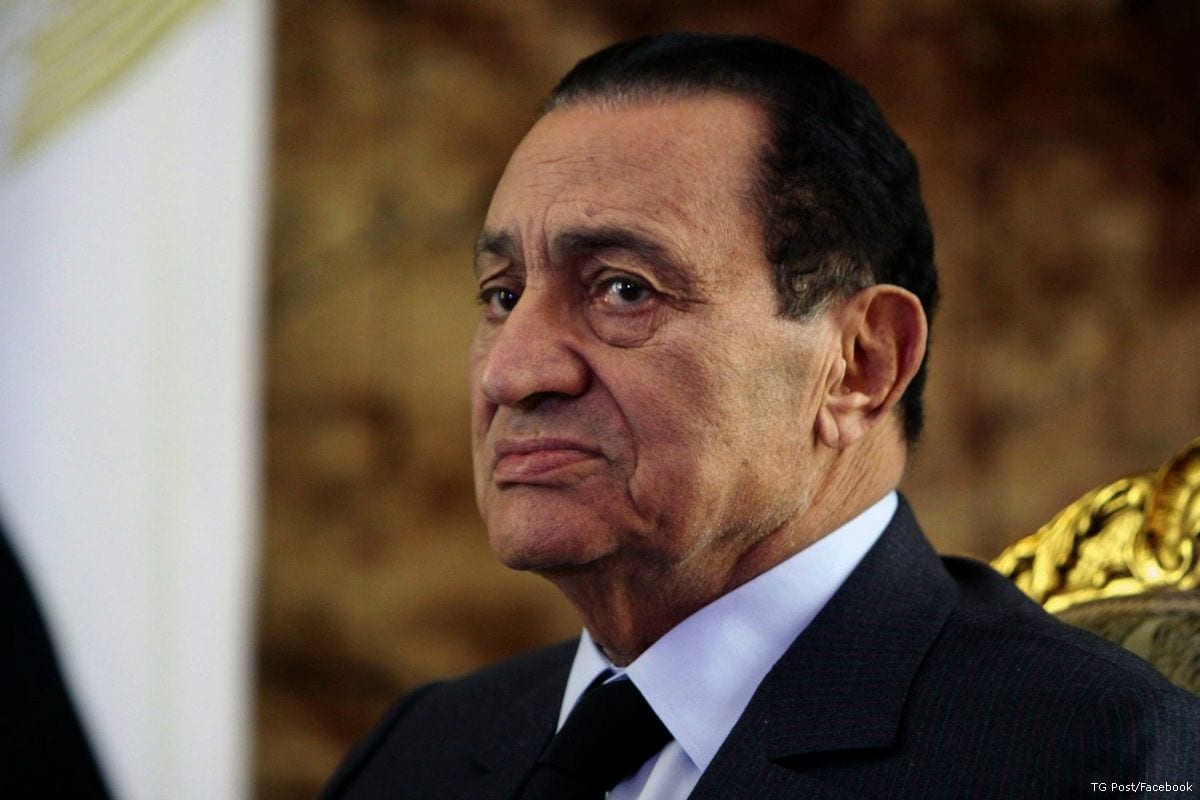 Secret British documents have revealed that deposed Egyptian President Hosni Mubarak had agreed to resettle Palestinians in Egypt over three decades ago. According to the documents, obtained exclusively by the BBC following a Freedom of Information Act disclosure request, Mubarak was responding to an American request when he made his offer. The former president stipulated that in return for agreeing to the move, an agreement to end the Arab-Israeli conflict must be reached.

The documents show that Mubarak revealed the US request and his response during talks with the then British Prime Minister, the late Margaret Thatcher. The talks were held during his visit to London on his way back to Washington, in February 1983, where he met with the late US President Ronald Reagan.

The two visits occurred eight months after Israel had invaded Lebanon on 6 June 1982 under the pretext of waging a military operation against the PLO. This was prompted by an assassination attempt against the Israeli ambassador in London, Shlomo Argov.

In light of the very tense situation in the Middle East, Mubarak sought to convince the US and Israel to accept the establishment of a Palestinian entity in the context of a "confederation" with Jordan, in order to lay the foundations for establishing a future independent Palestinian state. According to the record of his meeting with Thatcher, Mubarak said that when he had been asked to accept Palestinians from Lebanon, he told the US he could do so only within the context of a comprehensive plan to resolve the conflict. The former president expressed his willingness to host Palestinians from Lebanon despite his awareness of the dangers of such a step. He also insisted that, "A Palestinian state will never pose a threat to Israel."

Thatcher replied to this by hinting that regardless of any future agreement, the Palestinians could never return to Palestine. "Even establishing a Palestinian state cannot lead to absorbing all Palestinians in the diaspora," she warned.

Egypt's Foreign Affairs Minister at the time, Boutros Ghali, replied to Thatcher. "The Palestinians will have their own passports at that point," he explained, "and they will have different positions. We don't only have to have an Israeli state and Jewish diaspora, but also a small Palestinian state with Palestinian diaspora."

Mubarak mentioned the Palestinians in Kuwait to Thatcher as an example. "They would never return to an independent Palestinian state."

According to the BBC, when the late British Prime Minister's secretary took notes of the meeting with Mubarak, he stressed that they should not be widely distributed.

Egypt: We will continue efforts to resume Palestine-Israel peace talks

"This is a mistaken idea," said Al-Baz, "as there will be no Palestinian state under Russian influence. This state will rely economically on the oil-rich Arabs who are very opposed to the establishment of a state loyal to the Soviets in the region. Saudi Arabia, for example, would never allow this to happen."

He also pointed out that a Palestinian state "must" be demilitarised, and therefore would not obtain Soviet weapons.