US: Calls for Lorde's show to be cancelled over support for BDS 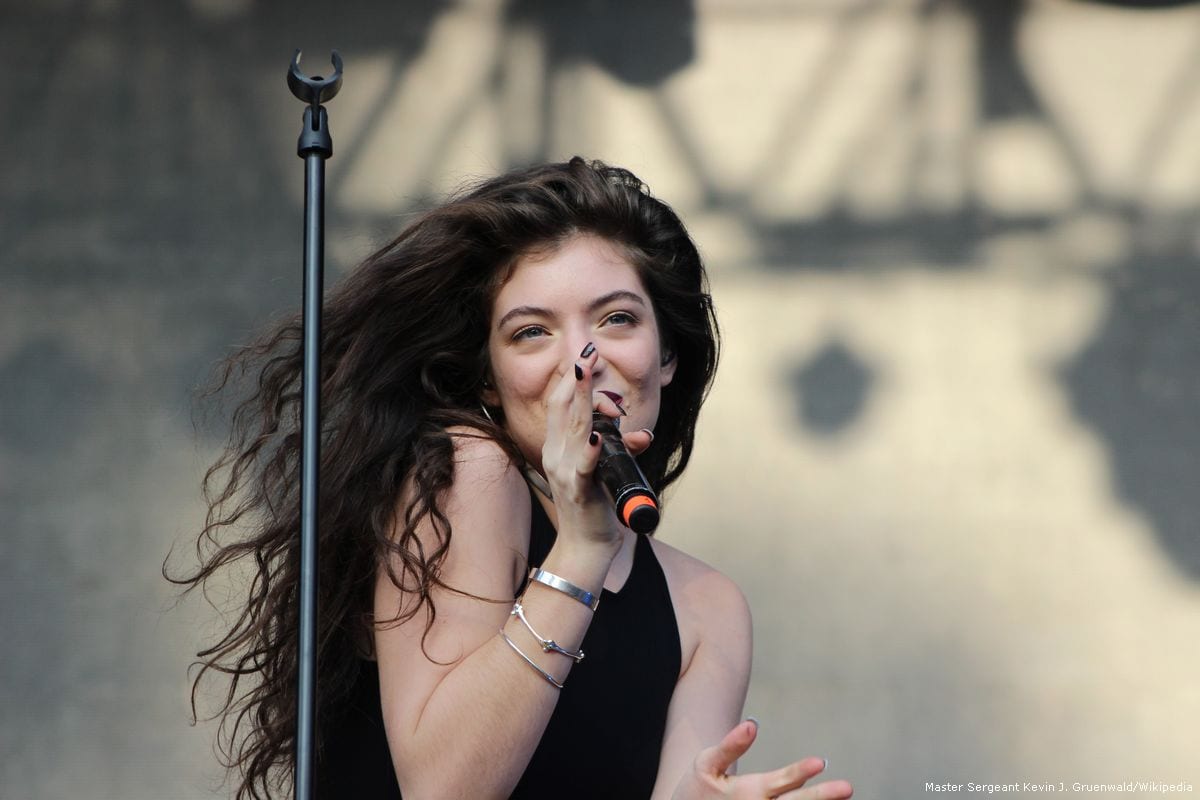 Lawmakers in Florida have called for New Zealand singer Lorde's upcoming concert to be cancelled in protest of her support of the boycott against Israel, according to the New Zealand Herald.

On Thursday, State Representative Randy Fine cited a Florida law that says no state or local government can conduct business exceeding $1 million with any organisation engaged in a boycott of Israel.

Lorde cancelled her Tel Aviv show last year after an open letter called on her to support the Boycott, Divestment and Sanctions (BDS) movement and show solidarity with the Palestinian people. The New Zealand singer-songwriter replied to the letter in a tweet: "Noted! Been speaking [with] many people about this and considering all options. Thank u for educating me I am learning all the time too." She cancelled her show two days later.

In a statement on Thursday, Fine said that Lorde's decision meant she could be refused under the state's anti-BDS legislation.

"Florida has no tolerance for anti-Semitism and boycotts intended to destroy the State of Israel. Current statutes are clear — local governments cannot do business with companies that participate in anti-Semitic boycotts of Israel. When Lorde joined the boycott in December, she and her companies became subject to that statute."

Florida is one of 20 US states that has anti-boycott legislation in place and Fine is attempting to strengthen the existing laws. One proposed bill, which already has support of the Florida House of Representatives Speaker Richard Corcoran, would prevent any entity that receives state funding to deal with a company that boycotts Israel.

Fine has reportedly already sent letters to the Miami Sports and Exhibition Authority and the Tampa Sports Authority Thursday demanding they cancel Lorde's shows, which are scheduled for 11 and 12 April.

Lorde's cancellation has been the subject of much controversy in Israel, with a legal rights group announcing last month that they will be suing the two New Zealanders who wrote the open letter that encouraged the singer to cancel her concert.

Israel, with the support of the US, has long accused those who support BDS of being anti-Semitic and has applied pressure on foreign organisations and universities to oppose the movement.

Last summer, Amnesty International launched a new campaign calling for a ban on settlement-made products; Israel responded by threatening action against the global NGO. Israel has also moved to publish a blacklist , listing 22 NGOs from Europe, the United States, South America and Africa, whose employees or members are banned from entering Israel due to their alleged support of the BDS campaign.