Palestinian journalist shot in Gaza was cleared for US grant 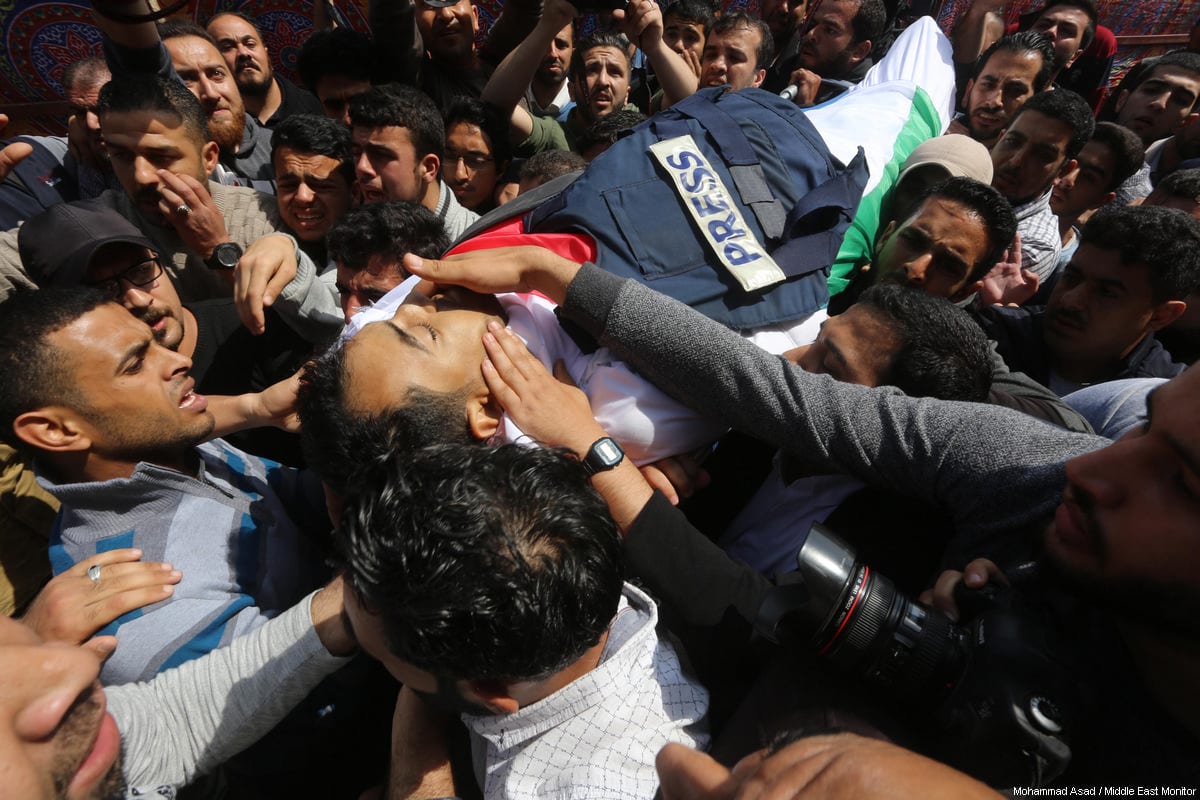 Funeral procession of Gazan video journalist and photographer Yaser Murtaja, killed by Israeli snipers despite wearing a vest marked ‘PRESS’, while covering the The Great March of Return on April 6, 2018 [Mohammad Asad / Middle East Monitor]
April 11, 2018 at 2:53 am

The United States had approved a grant for a media company started by a Palestinian journalist who died last week after being wounded by Israeli fire while covering protests along the Israel-Gaza border, the US State Department said on Tuesday.

Yaser Murtaja, 30, was a cameraman for Palestinian Ain Media, a production company he co-founded. Photos showed him lying wounded on a stretcher wearing a navy-blue protective vest marked "PRESS" in large capital letters. 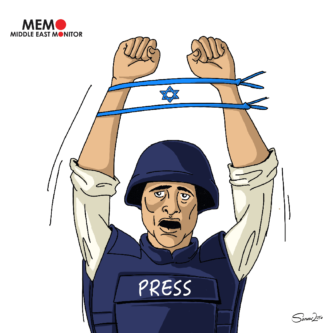 The United States has not yet commented on his shooting.

A US official, speaking on condition of anonymity, said the US Agency for International Development (USAID) had approved $11,700 in grant funding for Ain Media last month under a program that supports private sector development.

The official said the grant was for technical assistance and equipment, such as computers.

"We are aware of reports that a journalist operating in Gaza was killed in the clashes in Gaza. I don't have specifics about his particular case, but we are looking into it," Nauert told a regular press briefing.

The Israeli military has said that the Israeli Defense Force did not intentionally target journalists.

The Israeli government has said that many of those killed in the protests were militants and that Hamas, which is designated a terrorist organization by the West, was using the protests as cover to launch attacks along the border.

Asked whether US. government guidelines would allow a member of Hamas to receive USAID funding, Nauert said, "I don't know the specifics of the case."

She repeated calls by Washington for "a peaceful dialogue" to end the Israeli-Palestinian conflict.

"Certainly the events of the past week and a half have been very troubling," she added.