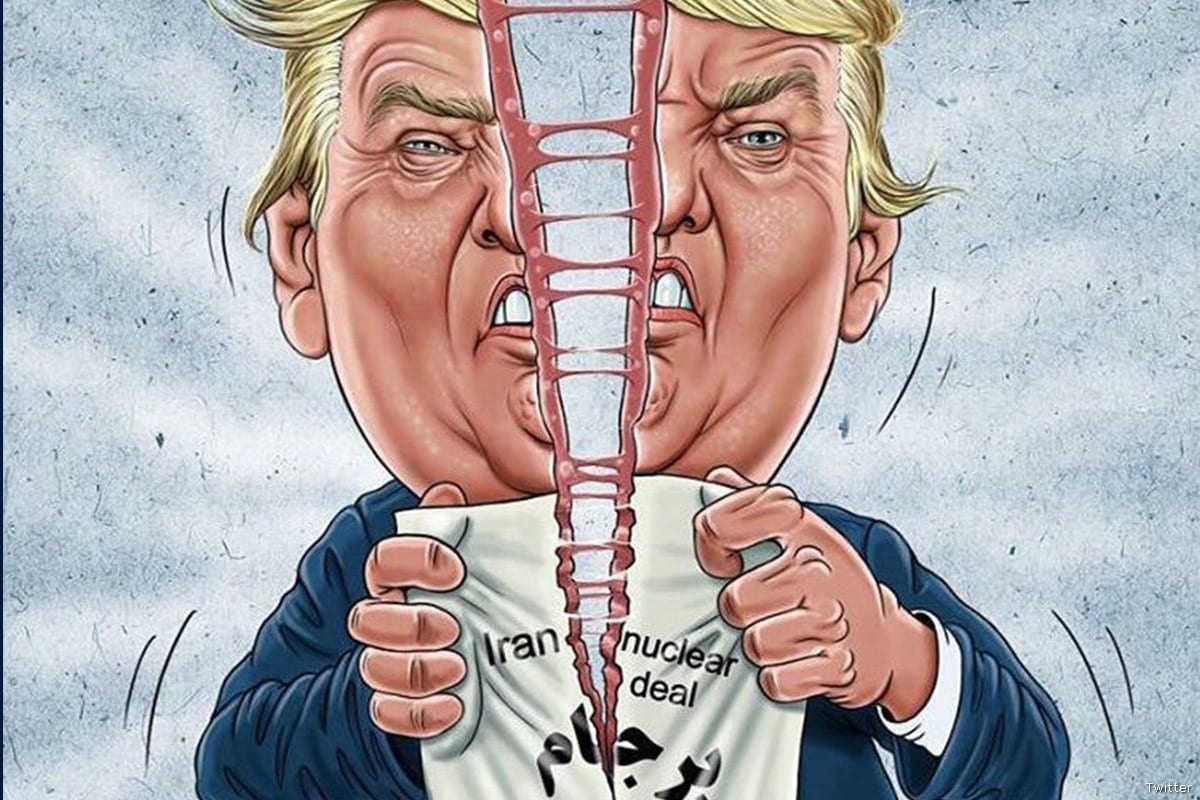 French President Emmanuel Macron called on the United States on Wednesday not to abandon the Iran nuclear deal as Western envoys said Britain, France and Germany were nearing a package that seeks to persuade US President Donald Trump to save the pact.

Trump has described the 2015 accord, under which Iran agreed to curb its nuclear activities in return for the lifting of economic sanctions, as the worst deal ever negotiated and has threatened to wreck it by reimposing US penalties next month unless the three European allies agree to fix its "flaws."

Iranian President Hassan Rouhani accused the United States of seeking to unilaterally change the terms of the multilateral deal and derided Trump as a "tradesman" lacking the background to handle with international affairs.

Russia, China, Germany, Britain and France, which all struck the accord with Iran and the United States, see the deal as the best way to stop Iran from developing a nuclear bomb.

Read: Iran threatens US with 'serious consequences' if it withdraws from nuclear deal

Brian Hook, the lead US negotiator with the three European nations trying to keep Trump in the deal before his self-imposed May 12 deadline, told National Public Radio in Washington that "we're not there yet, but we've made some progress."

Capping a three-day visit to the United States, France's Macron told a joint meeting of Congress that the 2015 deal, formally known as the Joint Comprehensive Plan of Action (JCPOA), was not perfect but must remain in place until a replacement was forged.

This agreement may not address all concerns," Macron said. "But we should not abandon it without having something substantial and more substantial instead. That's my position.

Before heading home, Macron acknowledged he expected Trump to pull out of the deal, based on his long opposition to it.

"I don't know what the American decision will be, but the rational analysis of all President Trump's statements does not lead me to believe that he will do everything to stay in the JCPOA," Macron said at a final news conference.

He also told a group of US reporters that if Trump pulls out, it will be "for domestic reasons."

It is not clear what Macron meant by a new, comprehensive deal. One possibility is an idea, long under consideration, to seek to negotiate a successor to the JCPOA with Iran.

Another might be for Washington and the three European powers to impose additional nuclear constraints on Iran and to threaten it with additional sanctions if it violates those.

Western envoys told Reuters that three months of meetings among Washington and the three European allies were culminating in a package of separate measures that could be taken against Tehran in the hope they would satisfy Trump and keep the deal intact.

"This is about convincing President Trump, it's not a new deal with Iran," a senior European Union diplomat said.

Britain, France and Germany have proposed fresh EU sanctions on Iran over its ballistic missiles and its role in Syria's war.

Trump sees three defects in the 2015 deal: a failure to address Iran's ballistic missile program; the terms under which international inspectors can visit suspect Iranian nuclear sites; and "sunset" clauses under which key limits on the Iranian nuclear program start to expire after 10 years.

Diplomats have cited progress on ballistic missiles and on inspections, but the "sunsets" issue remained unresolved.

One way to address the sunsets, sources briefed on the talks said, would be for the United States and the three European nations to define what a purely civil nuclear program might look like and to threaten consequences if Iran exceeded that.

That would technically leave the Iran nuclear deal intact but would, in effect, impose additional conditions on Tehran.

In Geneva, a US nonproliferation official, Christopher Ford, laid out such an approach without providing details.

"We are not aiming to renegotiate the JCPOA or reopen it or change its terms," he told reporters. "We are seeking a supplemental agreement that would in some fashion layer upon it a series of additional rules."

Richard Nephew, a former White House Iran sanctions expert, said there were disagreements among the Europeans on that.

What I have heard is that the French are less opposed to that way of thinking than the Germans. That doesn't mean that they are necessarily keen on it, but they can see the value of that where as the Germans can't.

In Berlin, a German Foreign Ministry spokesman, Rainer Breul, said Germany would carefully examine the idea of a supplementary deal, but rejected changing the JCPOA.

Macron tried to counter suggestions of dissent among the Europeans.

"I'm not saying: 'It's a fantastic idea and everyone must follow it.' I'm simply saying: 'What else is being proposed?'" he said at the news conference.

German Chancellor Angela Merkel will hold talks with Trump in Washington on Friday.

Iran's president said earlier that foreign powers had no right to tinker with the deal, and questioned Trump's qualifications to grapple with a complex international agreement.

"They say that with the certain leader of a European country we want to make a decision about a seven-sided agreement," Rouhani said in a speech broadcast live on state TV.

"For what? With what right?" he added.

He reserved particular scorn for Trump, who informed European powers on Jan. 12 they must agree to "fix the terrible flaws of the Iran nuclear deal" or he would refuse to extend US sanctions relief on Iran. The US sanctions will resume unless Trump issues fresh "waivers" to suspend them on May 12.

"How can a tradesman, a merchant, a building constructor, a tower constructor make judgements about international affairs?" Rouhani said, referring to Trump's career as a property developer.