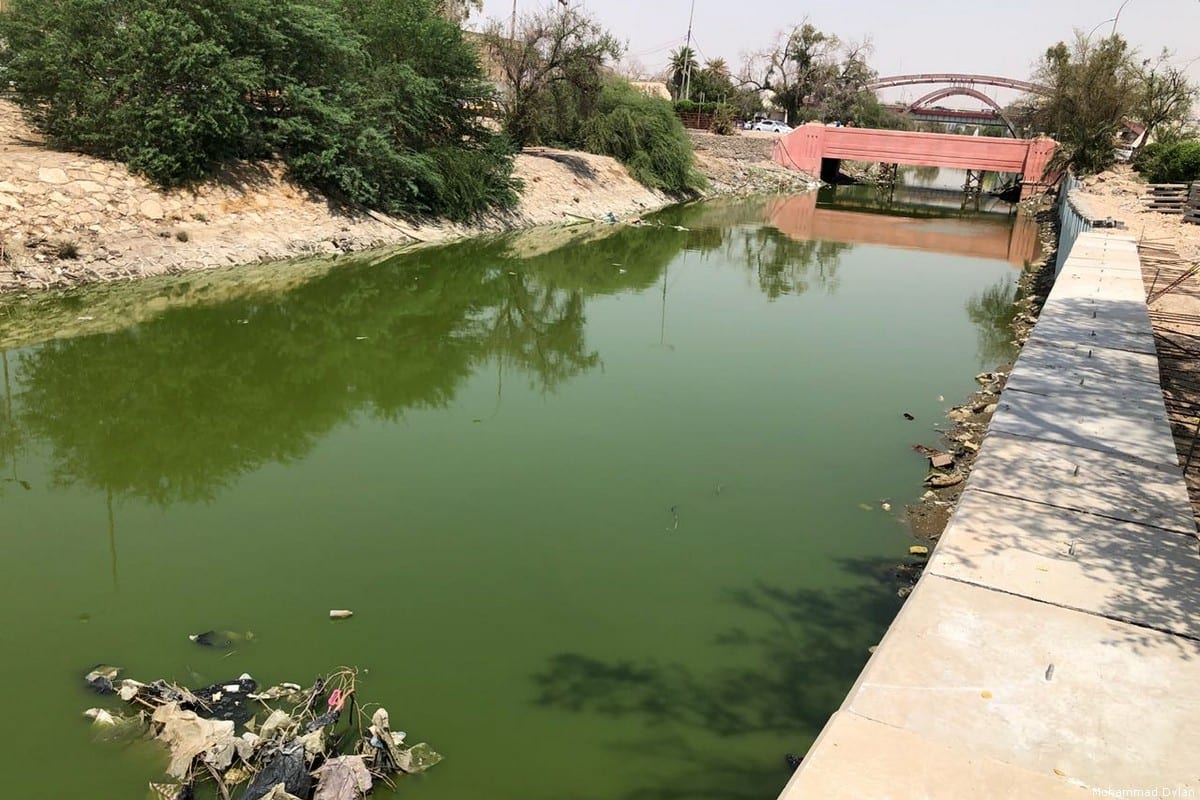 A river in Iraq’s southern city of Basra [Mohammad Dylan]

Iraq's southern city of Basra — the "Venice of the East" — is on high alert. Citizens in their thousands have been admitted to hospital with undiagnosed illnesses after drinking contaminated water.

Basra's health directorate announced on Tuesday that a total of 17,000 people have been absorbed into the city's dilapidated hospitals and treated for waterborne diseases. Further blood and water tests are being carried out. Around 2,600 people were apparently admitted with symptoms of severe and persistent diarrhoea, as defined by the World Health Organisation.

According to one angry resident, hospitals are so overcrowded that some patients are spilling out onto the streets and sitting on the pavements clutching their drips. Under-equipped and overworked medical staff are resorting to creative means in order to provide a degree of adequate treatment.

Health officials cite exceedingly high levels of salinity as the direct and sole cause of the latest crisis, particularly within the districts of Shatt Al-Arab and Al-Khaseeb, where the majority of cases are concentrated. "No fatalities have been recorded," explained Dr Riyadh Abdulamir, "and while we have things under control, we cannot guarantee or control the future." What the Director General of the Health Directorate fears is an outbreak of cholera.

Abdulamir urged the local and federal authorities to investigate the latest outbreak of illnesses and repair the province's defunct water purification system. Hundreds and thousands of protesters have filled the streets of Basra demanding better services and clean water supplies, as well as proper sewage facilities, but their demands remain unfulfilled.

The situation, Dr Abdulamir said, has grown progressively worse since June. "The first cases of digestive diseases, though, were admitted just two weeks ago."

Inaction by the Ministry of Water Resources in Baghdad has shifted the burden of responsibility for overcoming the crisis onto the shoulders of Basra's already overstretched health sector. Local residents, meanwhile stay short of answers and put pressure on medical personnel to resolve a situation that is viewed as an environmental crisis first and foremost, and a health crisis second.

"We should not have to face the crisis alone," Abdulamir pointed out. "We can treat the symptoms but the causes must be addressed by the Ministry of Water and other relevant authorities."

Read: On the fire that ruined Iraq's elections

Praising his colleagues for their exemplary efforts, he stressed that, "We are merely doctors. Infrastructure needs cannot be addressed by health agencies. We don't hold foreign citizenships or passports. We're no different than you." Not a single complaint has been received from the 17,000 patients to be treated so far, he noted.

The urgency with which Basra's medical staff have responded to the crisis has not been matched by the government of Haider Al-Abadi in Baghdad. The provincial official underscored his department's ongoing attempts to monitor salinity levels, while reporting its findings to Baghdad. The solution, Abdulamir and others believe, is an overhaul of the oil-rich province's outdated infrastructure, and the replacement of water treatment plants, which is a critical yet unaddressed need fuelling the country's water woes.

"This is not our responsibility, it belongs to the Ministry of Water Resources headed by Hassan Al-Janabi. If the necessary steps are not taken by the federal government in a timely fashion, an even greater crisis looms, placing greater numbers at risk," warned the Basra health chief. He urged politicians and state institutions not to look the other way.

According to local journalist Badr Sallati, a temporary solution could be for the government to divert water from unpolluted reservoirs, possibly in Kut or Hamrin, to flush out or reduce the life-threateningly high levels of salinity in Basra.

The only official response to have surfaced in Baghdad so far is a set of new conditions slapped on oil companies. For every new project they seek to undertake, Basra's Mayor Asaad Al-Eidani says they should build a water purification plant. That might not be enough to ease the crisis in the short-term, but it would be a positive step in the right direction.