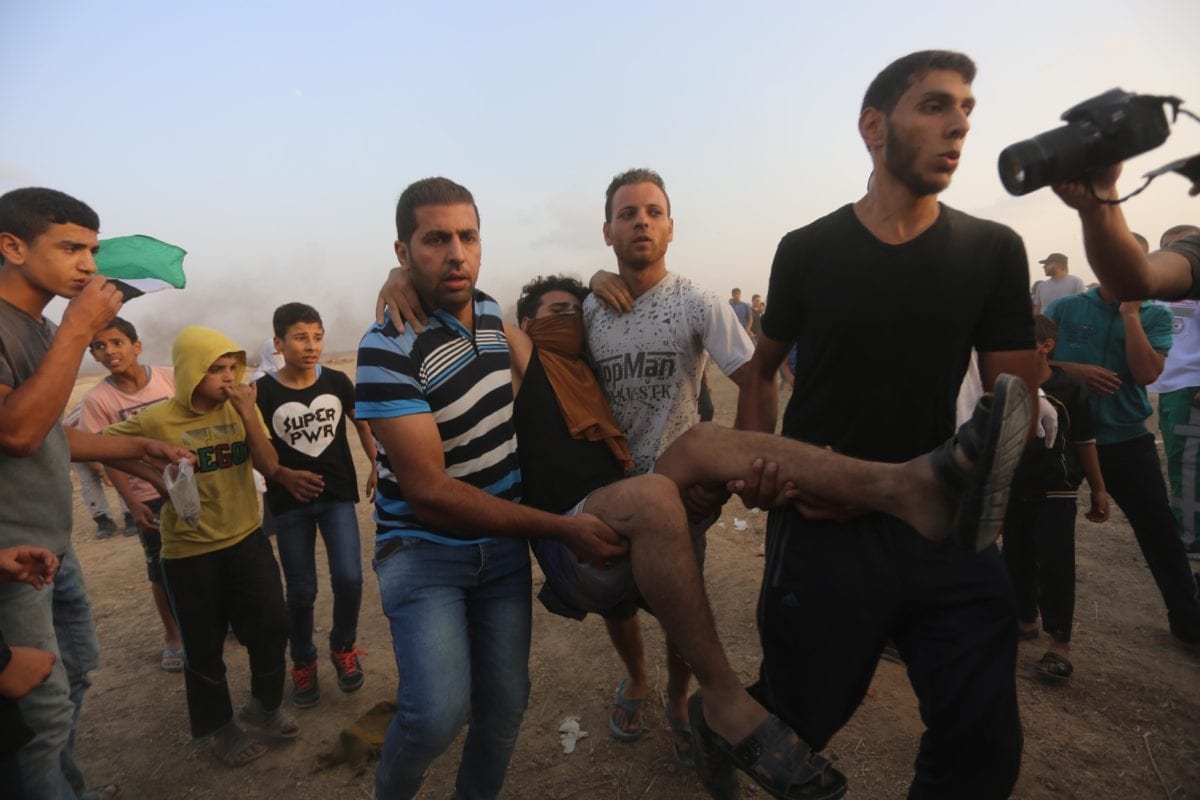 Israeli troops shot and killed a Gazan youth on Tuesday during a protest on the Gaza border and wounded seven others, a Palestinian medical official said, Reuters reports.

Ashraf Al-Qidra, a spokesman for Gaza's health ministry, said 17-year-old Muntaser al-Baz died in hospital from being shot in the head by Israeli troops.

An Israeli military spokeswoman said soldiers had come under attack near the border fence and used riot dispersal means and live fire and had no details of Palestinian casualties who were on the Gaza side of the border.

She said one Gazan breached the fence trying to throw an explosive device at the troops and was shot.

Palestinians have been protesting along the border since March 30, demanding an end to Israel's blockade of the territory and the right to return to lands that Palestinians fled or were driven from upon Israel's founding in 1948.

Since the protests began, 208 Gazans have been killed by Israeli troops, according to Palestinian Health Ministry figures. An Israeli soldier was killed by a Palestinian sniper.