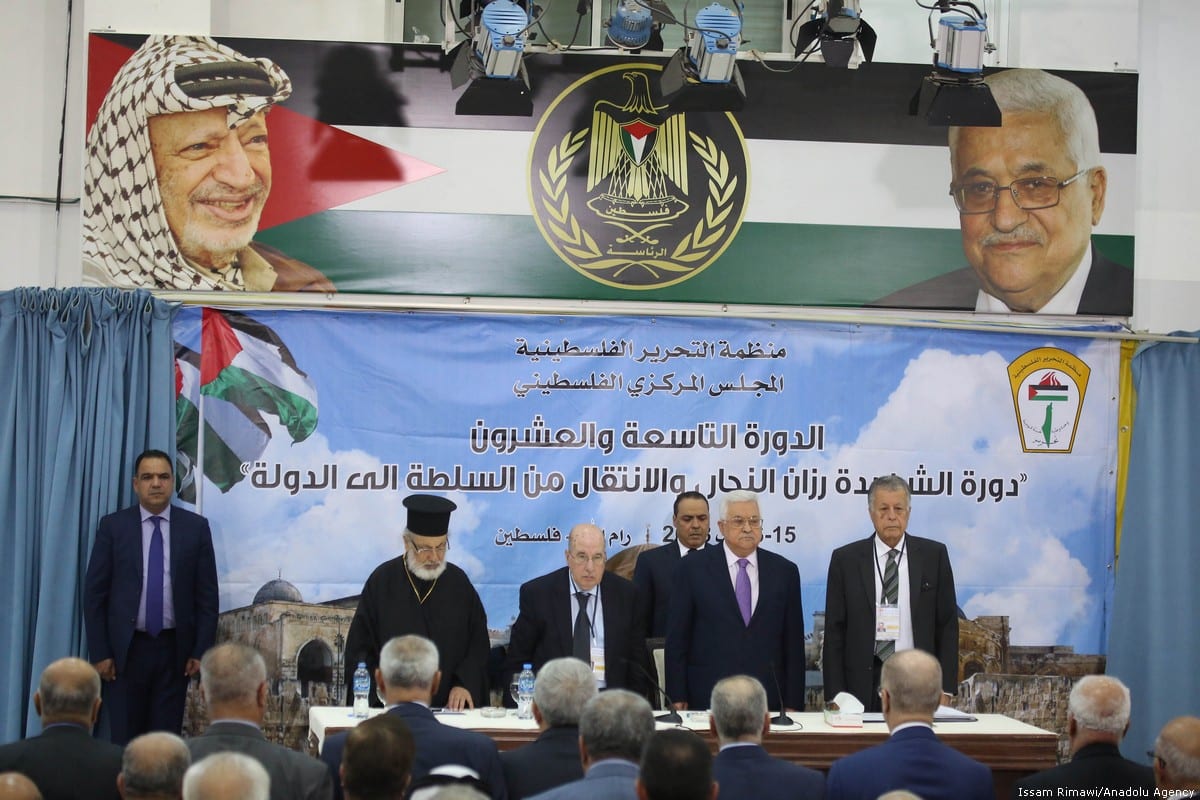 The Palestinian Liberation Organisation's Central Council has ended the Palestinian Authority's commitments towards the Israeli authorities, including the Palestinian recognition of the state of Israel, until Israel recognises a Palestinian state along the pre-1967 borders with East Jerusalem as its capital.

In a statement issued at the conclusion of its 30th session, the PLO Central Council noted that Israel has continued to ignore its agreements and commitments toward Palestine.

The council's decision includes ending all kinds of security coordination with Israel as well as economic ties, given that the Paris Economic Protocols are no longer valid and the transitional phase, which was supposed to lead to a sovereign, independent Palestinian state, no longer exists.

READ: Reconciliation is failing because PA wants resistance to disarm

It also expressed its rejection of the so-called "Deal of the Century" which aims to separate Gaza from the West Bank and East Jerusalem, according to the council.

It reiterated that reaching a truce with the Israeli occupation is the responsibility of the PLO as the sole legitimate representative of the Palestinian people, according to the statement.

The council's 30th session was held in occupied Ramallah and headed by Palestinian President Mahmoud Abbas.