When Regev cried in Abu Dhabi and Netanyahu in Muscat 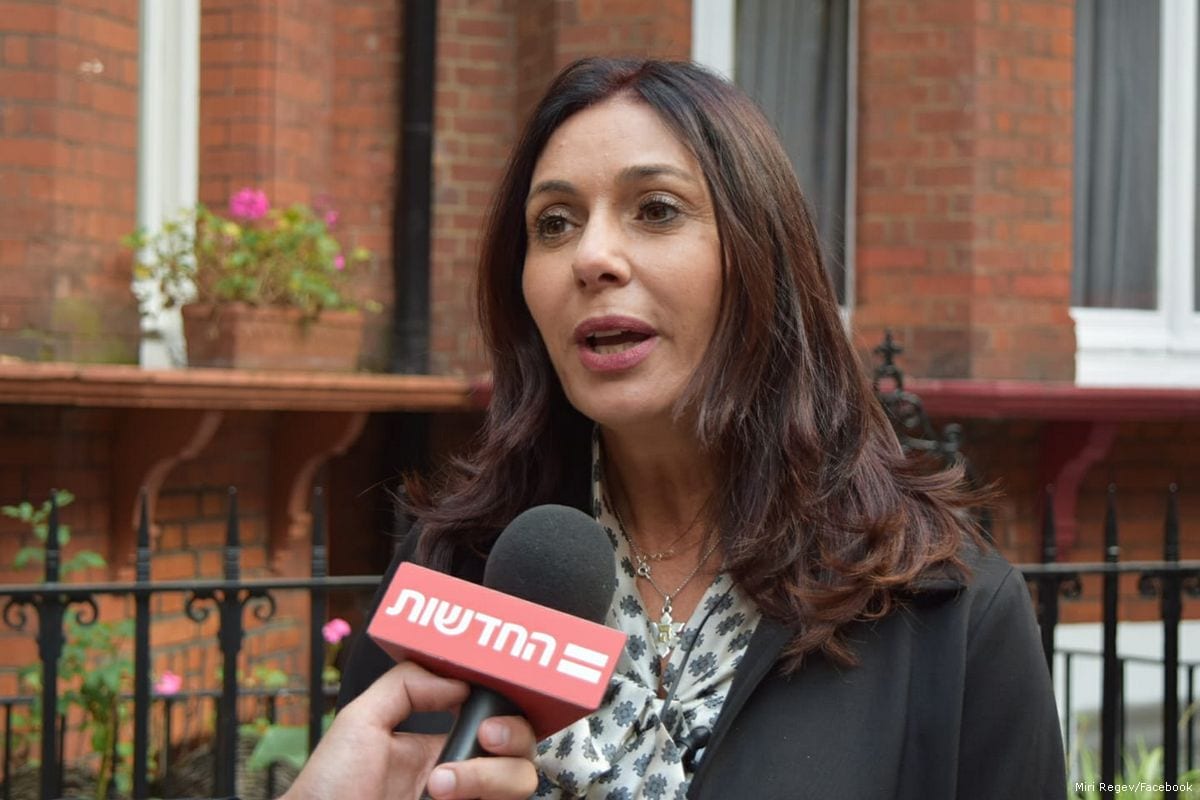 In life, there are funny ironies and there are sad ones. What we are experiencing today with the accelerated normalisation between some Gulf countries and Israel – despite their lack of formal relations – is definitely a dark, comedic irony. Such comedy brings with it a flow of tears and laughter in the Arab capitals.

This week, Israel's Culture and Sports Minister Miri Regev cried with joy when the Israeli national anthem was played in Abu Dhabi, after an Israeli competitor won the judo championship there. She said that she was overwhelmed with joy because this was the first time the anthem had been played in a Muslim Arab capital.

The anthem, known as Hatikva, says: "Our hope is not yet lost, the hope two thousand years old, to be a free nation in our land, the land of Zion and Jerusalem". Perhaps Regev's tears were a mixture of joy and sorrow – her joy was incomplete because the Emirati official did not memorise the words of the anthem and did not sing it while it was playing.

Regev is entitled to weep, especially since she is known for her extreme positions towards Arabs and Muslims. In 2017, Regev attended the Cannes Film Festival wearing a dress depicting a "united" Jerusalem as the capital of Israel. Her dress featured an image of Islamic and Christian religious monuments which, according to international law, are occupied Palestinian sites. She was also the minister who said the Islamic call to prayer sounded like dogs barking.

We must also recall the warm and emotional moment between Regev and the President of the UAE Judo Federation a day before she was seen crying in Abu Dhabi. Meanwhile, the UAE closes its doors to other Arabs due to conflicts between their countries, which are certainly less dangerous and radical than the Arab-Israeli conflict.

Yet we also have the right to weep for our Arabism, slaughtered on the altar of normalisation.

Not far from Abu Dhabi, Israeli Prime Minister Benjamin Netanyahu had a big smile on his face at the Al-Baraka House in Muscat, Oman, during a first-of-its-kind meeting with the Omani Sultan. The visit is made worse by the fact that is of a political nature and not linked to an international event – a justification which is used by Arab countries that host Israeli government officials in the context of international cultural and sports events.

Perhaps the meeting's importance – or its danger, in our eyes – should be the question of what prompted Netanyahu to smile ear to ear as he looked over some maps with Sultan Qaboos in the Royal Palace. This also prompted him to gloat about the visit, saying it was a prelude to further visits to those Arab countries that do not, as yet, hold peace agreements with Israel.

Far from the party of intense feelings in Abu Dhabi and Muscat, let us talk rationally and ask: What is the purpose of such normalisation meetings? What is the secret of the Arab, and especially the Gulf's, accelerated normalisation? The meetings in Abu Dhabi and Muscat were preceded by other sporting events in the Qatari capital Doha, as well as secret meetings between high-ranking Arab officials – including Egyptians, Saudis and Jordanians.

The first real goal of this festival of normalisation is to change Arab awareness towards the conflict with the Israeli occupation and to promote it as an "Israeli-Palestinian conflict," as Oman's Foreign Minister Yusuf Bin Alawi said. It is an attempt to avoid the reality of the conflict – which is an Arab-Israeli conflict between the Israeli project and the Arab project – the latter of which is unfortunately still absent on the ground.

The second goal is to obtain the legitimacy of the United States, which will in turn protect the governments of these countries. Since many Arab governments lack popular legitimacy, they seek to replace it with foreign legitimacy. Now these governments are seeking to find their way to the heart of Washington by winning the hearts of Netanyahu and Tel Aviv!

In their fervent attempts at normalisation, these governments are forgetting that the US and its remote legitimacy did not protect other Arab governments against the mass uprisings against such Western-backed regimes. They are also forgetting that the Israeli occupation is a racist state built on a colonial project that is against the progress or development of any state in the region.

As Arab countries scrambling in this "season of migration to Tel Aviv" – which may win the support of the Israeli occupation to face the threat of Iran – they could also be making a double mistake:

The first mistake is that the United States and Israel will not fight Iran for the sake of the Arabs, or for the Sunnis, as some sectarian groups are trying to frame the Arab-Iranian conflict. They will only fight Iran when such a war would achieve their interests and protect their national security.

The second is the fact that the best way to confront Iran is to build an Arab development project, instead of giving Tehran justification to accuse the Arab countries of losing their compass and throwing themselves into the arms of the Israeli occupation and Western colonialism. This is a discourse that Iran can use to weaken the legitimacy of these countries, because the Arab people's compass is still clearly pointed at Palestine as a central cause.