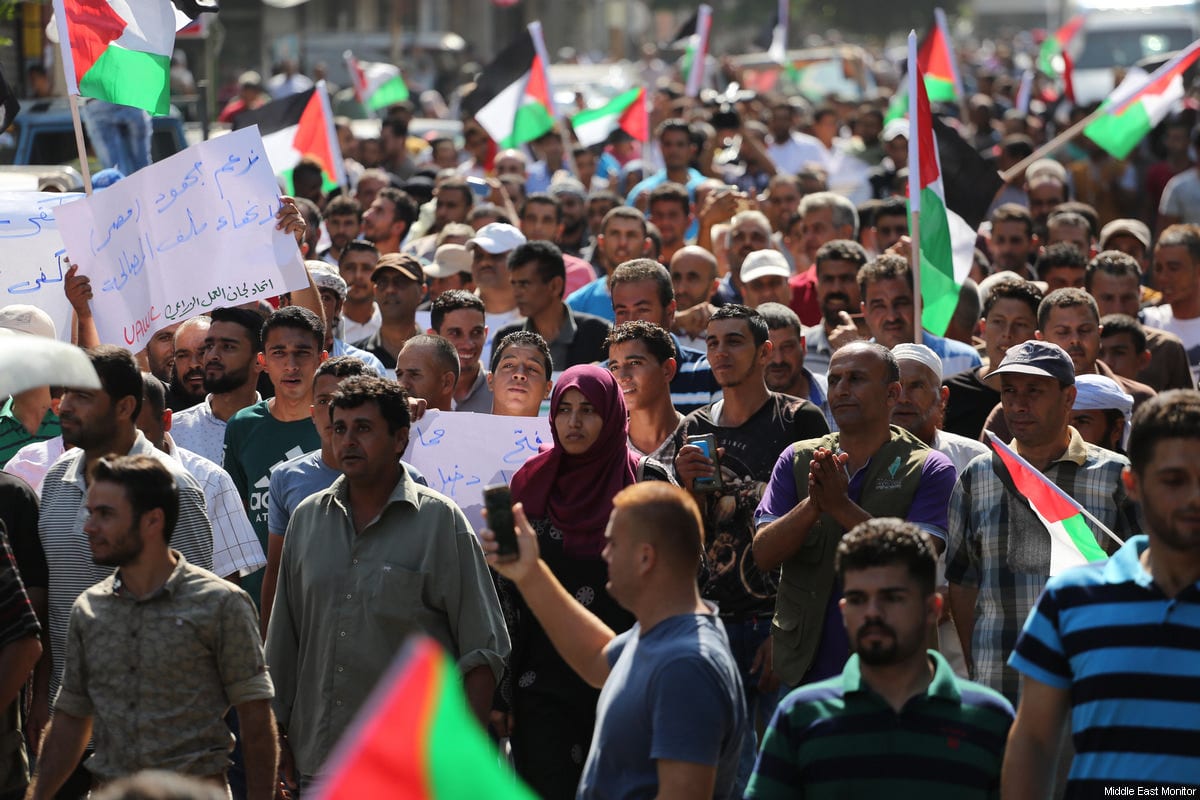 The antipathy between the two main rival Palestinian political factions – Fatah and Hamas – has reached an unprecedented level in recent weeks. Ordinary Palestinians hoped that 2019 would be a better year and see an end to the ongoing 12-year rift between the two parties. Yet their wishes were not granted.

The state of limbo between the Hamas-ruled Gaza Strip and the Fatah-ruled West Bank, led by Palestinian Authority (PA) President Mahmoud Abbas, has entered a new phase that could lead to a final separation.

The latest media war and practices on the ground suggest that the already-large gap is getting wider. The tension was sparked in late December, when Abbas approved a decision by the constitutional court to dissolve the Palestinian Legislative Council (PLC) – the PA's parliament, controlled by his rival Hamas. The move, according to him, was necessary in order to prepare for holding new parliamentary elections in the occupied Palestinian territories (oPt) within six months.

The "legitimacy war" escalated, with Hamas ignoring the move and holding a regular session at the PLC headquarters in Gaza. Hamas described Abbas's step as "an attempt to delegitimise the majority [Hamas], ending political pluralism, and destroying legitimate state institutions".  The term of Abbas – who is now 83 years old – was meant to expire in 2009, but he has remained in office in the absence of elections, while the PLC has been largely disabled since the 2006 elections.

In the first week of 2019, an attack was carried out on the headquarters of the Palestinian Broadcasting Corporation (PBC) by a group of men. The head of the PBC and a number of Fatah officials accused Hamas of being behind the attack, which caused widespread destruction to various equipment. Days later, investigations by Hamas' intelligence services revealed that the attackers were former PA employees whose salaries had been suspended, suggesting that they had sided with Mohammad Dahlan, Abbas's bitter enemy.

In the wake of the attack, a "media war" was unleashed and a tit-for-tat campaign was carried out, with arrests made against opposing members of the two parties across Gaza and the West Bank.

The escalation entered a harsher phase when the PA withdrew its staff from the Rafah border crossing with Egypt. This led to a sudden closure to the terminal, as the PA's presence at the crossing is necessary under a 2017 deal reached with Hamas under Egyptian mediation. The PA justified its move as a protest against the arrest of dozens of its members by Hamas in the run-up to the 54th anniversary of Fatah's founding.

The shutdown was shocking news for Gaza's two million inhabitants, for whom Rafah is the only gateway to the outside world and the only exit from the besieged enclave.

Though Rafah's closure was meant as a blow to Hamas, instead it is a form of collective punishment which mirrors the Israeli land, air and sea blockade of the Strip. These bitter rivalries will add insult to injury and an already gloomy picture: punitive measures against the coastal territory will further aggravate the economic crisis there; salaries for thousands of Palestinian civil servants could be suspended soon, adding to the already long list of sustained cuts and suspensions in recent years. This could affect members of families of Palestinian martyrs killed by Israeli forces, political prisoners held in Israeli jails, as well as the salaries of Hamas MP's.

There were also threats made recently by PA officials that they would declare Gaza a hostile entity, in bid to pressure Hamas to concede power and give up its arms. On numerous occasions, a number of PA officials stated that Gaza must be handed over, including underground (referring to resistance) weapons.

This threatening tone was even harsher from Azzam Al-Ahmad, a top Palestine Liberation Organisation (PLO) official and Fatah Central Committee member, who vowed to cut funding for the water, sewage, environment, infrastructure and education sectors in order to bring an end to Hamas' rule. The PA's funding for Gaza includes money for electricity, healthcare, public employees' salaries and other areas – last year's sanctions included a suspension of paying Israel for the fuel and electricity it had been supplying to the residents of the Gaza Strip.

In one of Abbas' speeches, he described Hamas and Dahlan supporters as "spies", at a time he maintains security collaboration with Israel, describing it as sacred. This provoked uproar from Hamas, which described him as an autocrat and a dictator and called for him to be brought to trial on charges of "high treason" – a crime which, according to Palestinian law and traditions, is punishable by death.

Egypt, as Gaza's southern neighbour which ruled the costal territory between 1948 and 1967, last year brokered a Palestinian reconciliation deal. The deal provides for Hamas to give up control of Gaza to Abbas, but a dispute over power-sharing has hindered any implementation of the deal. In the wake of the latest tensions, a senior Egyptian security intelligence delegation arrived in the Gaza Strip to hold talks with Hamas and Fatah to calm the situation.

The recent round of spat led to anger and frustration among ordinary Palestinians, making them wonder if the split would ever end. Recent days have witnessed an unbelievable level of maligning one other and expressing their blatant mutual hatred, more that they hate Israel. Only the PA's lack of control over the Gaza Strip has stopped the factions from pointing their guns at Hamas.

Everything has been politicised in Palestinian society and affected by the rift. Many would ask why the Palestinians are engaged in an endless, unwinnable game over incomplete authority under military occupation? Why they do not struggle to improve the livelihood of their people?

"Deal of the Century"

Both rivals accuse each other of participating in the US-proposed "Deal of the Century," with Hamas wanting to create a mini state in Gaza and Fatah wanting to disengage from Gaza, according to their exchanged claims. In recent months, millions of dollars in Qatari aid was funnelled to Gaza to pay salaries. Some argue that the Qatari aid assistance contributes to the separation plan. Feras Abu Hilal, a researcher in Middle East Affairs, said that neither are part of the plot to implement the US deal, but rather their stances stem from political stubbornness.

It is thought that the deal aims to terminate the Palestinian cause through deciding the fate of Jerusalem, Palestinian refugees, Gaza and other arrangements, in order to make sure Palestinians lose hope of having a state of their own. Putting Palestinian national interests above all factional and personal considerations is therefore the first priority, if both would like to come out of the bottle neck or come down from the tree.

A halt to media incitement and exchanging accusations is a must at this time in order to pave the way for building trust and open a new page, according to Munair Al-Jaghoob, a Fatah spokesman in the West Bank who sounded optimistic during his comments on a TV program.

It is time for Palestinians to realise that the Israeli policy of divide and rule has to come to an end – it is time to be united and bring the shining image of the just Palestinian cause to the front, utilising the support of the freedom-loving nations. Good intentions are needed in order to boost the morale of the Palestinian people, who have suffered enough and deserve to be hailed by their leaders for being steadfast under the seven-decades of brutal military occupation and colonisation.

Read: Israel coerces PA to accept 'Deal of the Century'