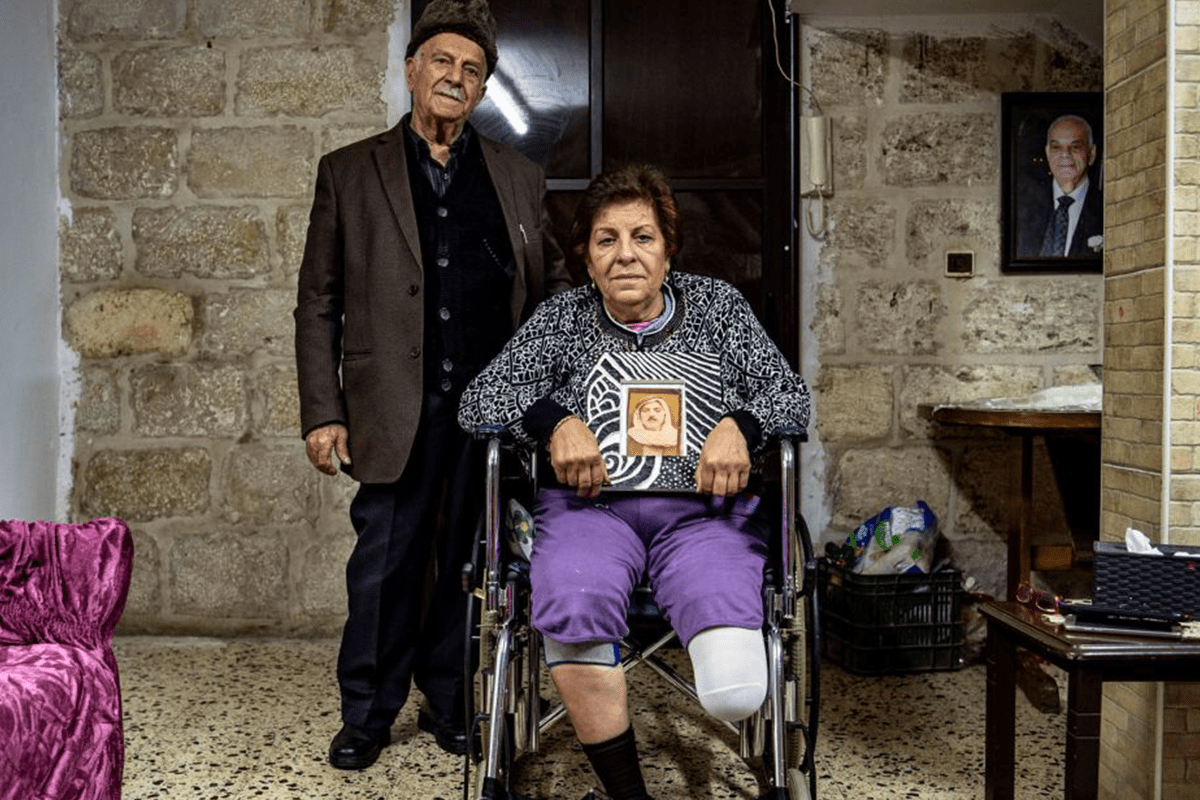 A 70-year-old Palestinian woman is petitioning Israel's Supreme Court to visit her father's grave, located inside an Israeli army base established on the site of a destroyed village, reported Haaretz.

The state has so far refused, for fear of setting a precedent.

According to the paper, "for more than 40 years, Salwa Salem-Qubati has been practically alone in her battle with the authorities to get permission to visit the grave of the father she never met".

Israeli authorities are not letting Qubati visit the grave "because it is located inside a military base built at the site of a Christian cemetery in the village of Malul, near Nazareth".

Malul was one of the hundreds of Palestinian villages destroyed by Israeli forces in the Nakba. After being expelled, Qubati's family moved to Nazareth; after marrying, Qubati moved to Kafr Kana.

The petition, submitted this week through attorney Sawsan Zaher of legal rights centre Adalah, "says Malul was destroyed after it was occupied by Israel except for two churches, a mosque, and the Christian cemetery".

"While it is still possible to reach the churches and the mosque, access to the cemetery was cut off when the military base was built", Haaretz added.

The petition demands that Qubati "be allowed to enter the base", and also demands "that the court make the Interior Ministry and the Israel Lands Administration maintain and protect the cemetery, or allow them or someone on their behalf to do so".

When Qubati has tried to access the site in the past, "sources at the Defense Ministry" have said that "the reason for the delay in approving the request was a fear of setting a precedent".

In 2015, Haaretz reported, "Qubati approached officers at the air force base in whose territory the cemetery is located, demanding to be able to visit her father's grave".

"The base commander allowed her into the base but did not allow her access to the cemetery. Qubati said that during the visit she noticed excavation work on one side of the cemetery and that excavations had apparently desecrated some graves. She said exposed skeletons were visible".

She told the paper: "I've been living this story since I'm a child, and to this day I dream of the day when I can visit and touch my father's grave".

"I'm not asking for something extreme that endangers state security but making a humanitarian request of the first order. I hope that this time petitioning the court will help. I'm a sick woman and my uncle is already 93, and all we want to get to the Malul cemetery while we're still alive".