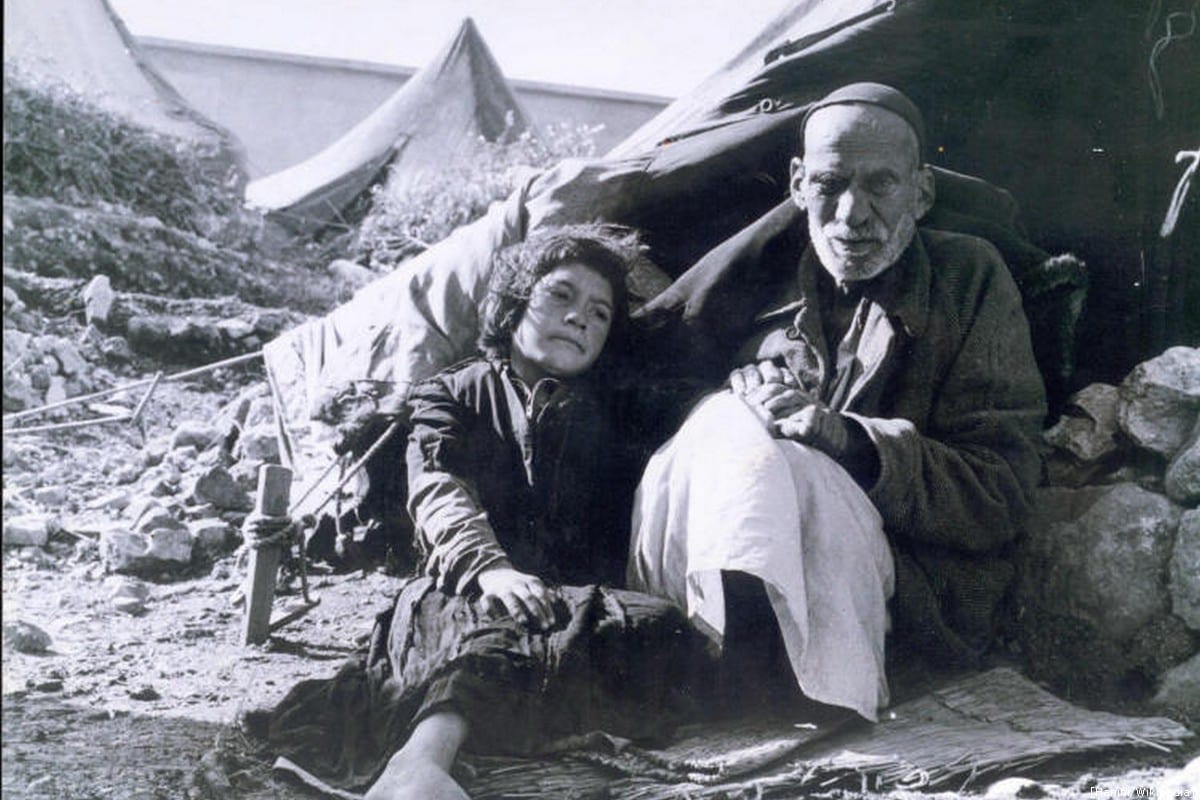 Every November, I sit down and contemplate the fate of Palestine. More than any other month, November has defined some of the most monumental events in the course of Palestine's history.

November begins for me with personal blessings and remembrances that quickly sink into a collection of perplexing tragedies that have defined life in the Palestine Diaspora for millions of Palestinians like myself. The eleventh month of the secular calendar marks the date when my father was born, on 11 November, 1903, in Jerusalem, Palestine; it was a city that was open, free and nurturing to every person of every religion at the time.

November, however, also marks many major events of tragedy, injustice and, it must be said, glimmers of faint hope. In November 1917, for example, the then British Foreign Secretary, Lord Arthur Balfour, sent a letter to the leader of Britain's Jewish community, Baron Lionel Rothschild, declaring that "His Majesty's Government view with favour the establishment in Palestine of a national home for the Jewish people…" The Balfour Declaration reinforced the abandonment of promises made by the British and French to the Arabs through the Sharif of Makkah in the McMahon-Hussein correspondence offering to recognise Arab independence in exchange for support during World War One against Germany's ally, the Ottoman Empire. The broken promise was defined in secret meetings between the British and French beginning in November 1915 that culminated in the Sykes-Picot agreement, which nullified any promises to the Arabs.

Balfour celebrations a reminder that the colonial past is not past

The Balfour Declaration was delivered two weeks before British forces, on 17 November, 1917, launched the battle to capture Jerusalem, my father's home. Throughout the following 30 years, violence by Jewish terrorist organisations and fanatics ripped Palestine apart; then the newly-created United Nations, under the heavy hand of the United States, made its own contribution to the destruction of our land by approving the "partition" of Palestine into two states — one Jewish and one "Arab" — in a resolution dated 29 November, 1947.

The use of the word "partition" to define Resolution 181 was misleading and ironic. Although it is defined as "dividing" something, the real meaning asserts a dissolution or breakdown of a whole body. The noun is described as "something that separates or divides" and, without doubt, the "UN Partition Plan" did just that, creating an incomprehensible checkerboard of six impossible areas of Palestine in which the "Jewish State" overlapped the "Arab State" at two points, with Jerusalem identified as an international zone in the centre of the latter. 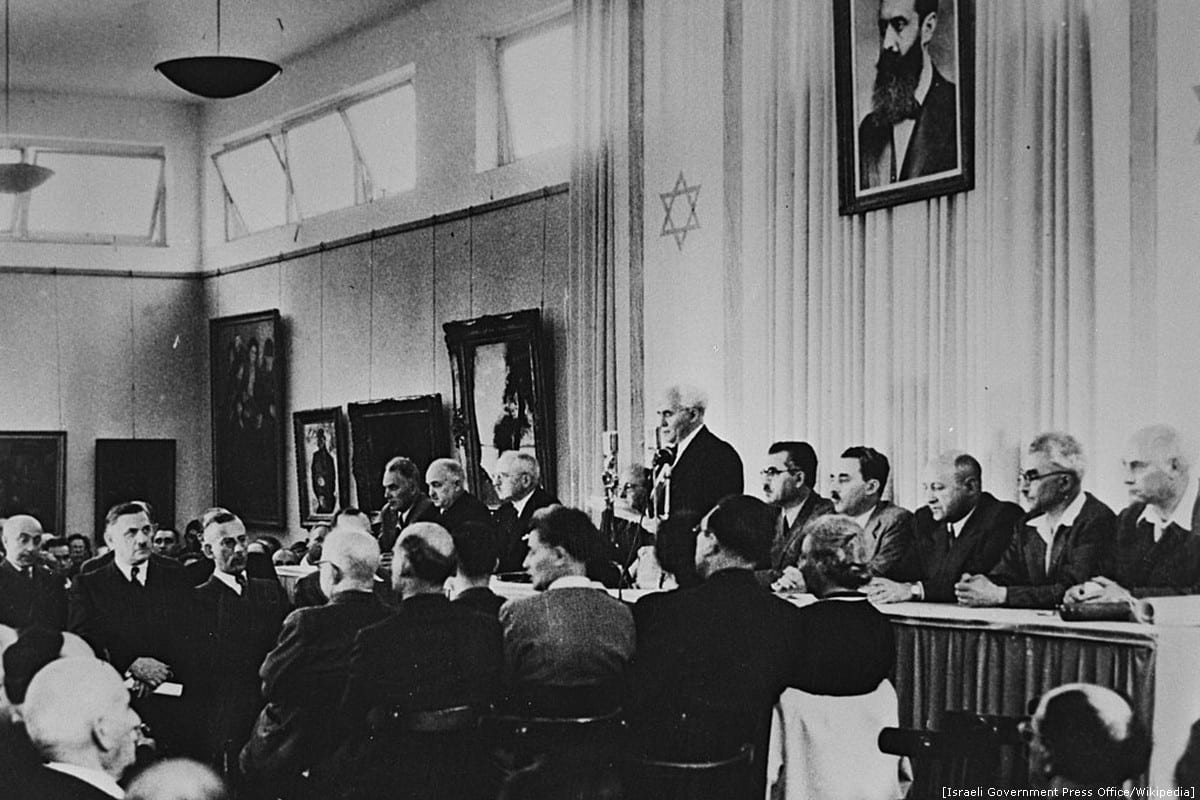 The period after Israel's "declaration of independence" in May 1948 was followed by one massacre of Palestinians after another. Two days before November 1956, Ariel Sharon, one of the most vicious of all the Israeli terrorists who went on to become the state's prime minister, massacred 56 Palestinian civilian men, women and children at a little village called Kafr Qasim. The massacre was a continuation of the Israeli policy to expel non-Jews from the "Jewish State" of the kind which took place before and after 1948.

In 1967, Israel attacked and occupied the West Bank, Gaza Strip and East Jerusalem. It has been its conduct as an occupier ever since, violating all principles of international law, the Fourth Geneva Convention and human decency, which has characterised the state's human rights abuses.

On 22 November, 1967, the UN adopted the most important expression of international law and conduct of civilised nations by approving Resolution 242 which opened the door to compromise and defined the concept of "land for peace". Many Novembers have passed without any consequent movement from Israel.

It was on 22 November, 1974, that I sat glued to my television set with Palestinian refugees who had settled in Jamaica, and watched with intense pride as Palestine Liberation Organisation Chairman Yasser Arafat addressed the UN and presented Israel with a choice: accept peace based on justice and fairness or continue with the violence that it had started. Days later, Palestinians were granted observer status at the UN and I was so moved as a young person who knew as much about Palestine, my father's home in Jerusalem and my mother's home in Bethlehem, as I did about the adopted land of my own personal diaspora, America, that I dedicated myself to activism for Palestinian justice. 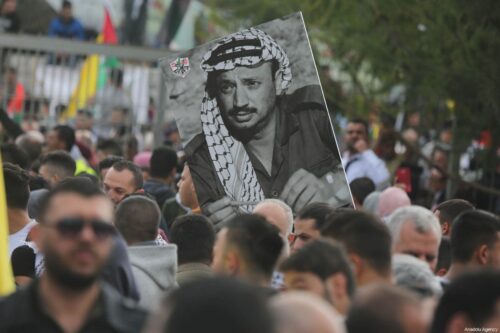 Palestinians gather at the tomb of Yasser Arafat, in the West Bank city of Ramallah, to commemorate the 14th anniversary of his death, on 11 November 2018 [Issam Rimawi/Anadolu Agency]

In November 1975, I debated with Israeli Foreign Minister Abba Eban, Israel's most eloquent spokesperson, on national TV. I brushed aside his twisted aberrations of international law in which he argued that the "Benelux System" of partition could not work in Palestine. I looked directly into the TV camera and spoke directly to the American people, asking a question they had never been asked before: "How is it that this man, Abba Eban, whose real name is Aubrey Solomon and who was born in the Apartheid nation of South Africa, has more rights to live in Jerusalem than my father, George Hanania, who was born in Jerusalem and whose father, grandfather and great-grandfather and on and on were born in Jerusalem? How is that fair?"

Eban was shocked, and said that he would speak with the foreign ministry to allow me to move to Jerusalem. "But what about the 3 million other Ray Hananias?" I replied. After that interview, I entered professional journalism after recognising that strategic communications in America, not violence in the Middle East, could restore Palestinian rights.

In 1988, the Palestine Liberation Organisation (PLO) declared Palestine independence in a historic document unveiled in Algiers. This defined the human rights and freedom struggle under the yoke of the brutal Israeli military occupation that aspired and eventually would achieve Apartheid infamy.

'We want you to see our reality,' Palestine journalists tell British Parliament

After sitting with resolute optimism and hope on the White House lawn in September 1993 and watching the impossible – Arafat shaking the hand of Palestine's mortal enemy, Israeli Prime Minister Yitzhak Rabin – it all unravelled. On 4 November, 1995, a disciple of the wing of Zionism to which anti-peace firebrand Benjamin Netanyahu belongs walked right up to Rabin and killed him in cold blood as his startled bodyguards watched.

November hasn't been good for Palestinians or for peace. In 2004, after watching the Israelis tear the peace process apart, Arafat died a martyr to freedom and human rights on 11 November 2004.

Although every month is filled with examples of atrocities committed by an Israel determined to prevent peace and lay claim to the entire land of Palestine, and even beyond, November has played host to some of the most important events in our history, of which I have noted just a few. Nevertheless, every November, I re-empower myself and make a commitment that I will not allow the past to define my future as a Palestinian. Hope is a powerful sword and dedication is the foundation of success.