The PA's bid for full UN membership will not benefit Palestinians 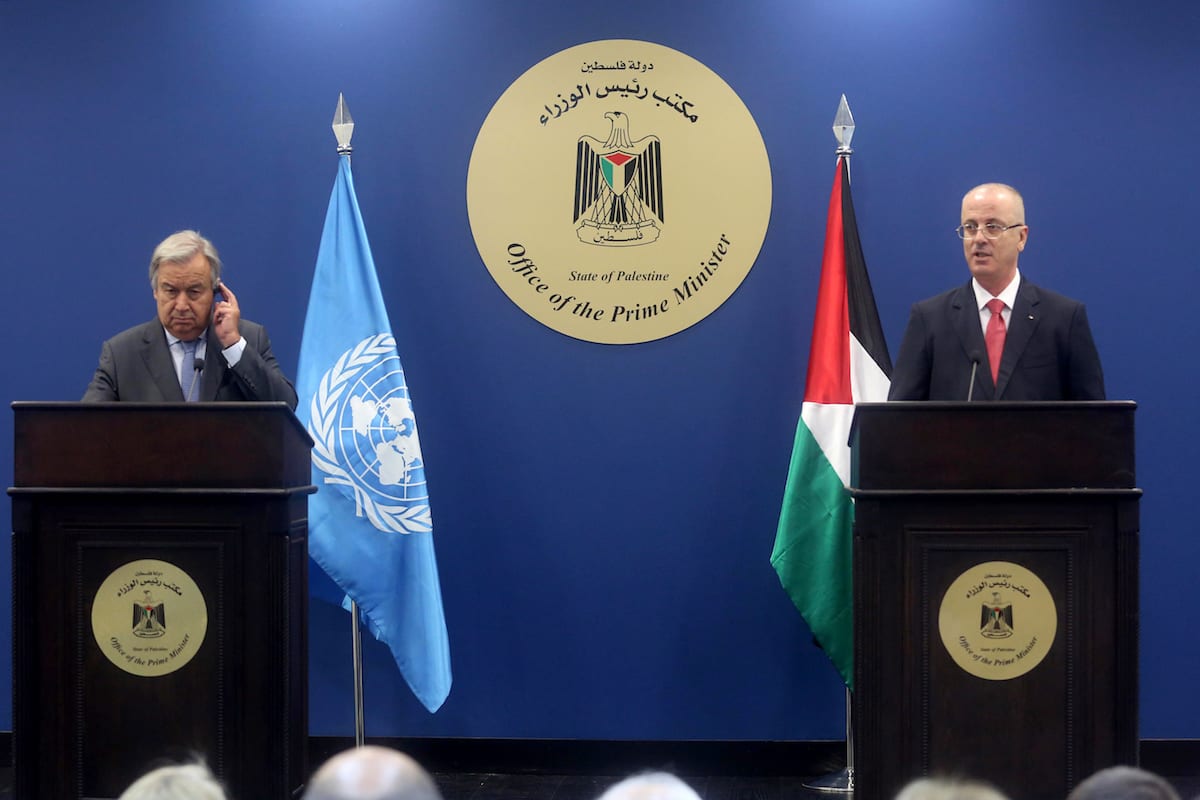 The Palestinian Authority (PA) continues to measure its purported success by international standards. After assuming the presidency of the Group of 77 (G77), new plans are underway to launch a bid for Palestine to become a full UN member, according to PA Foreign Minister Riad Al-Maliki. It is already common knowledge that the US will veto such an application, but "that won't prevent us from presenting our application," Al-Maliki claimed.

Al-Maliki's words carry a sinister tinge. The PA will continue to jeopardise Palestinian lives under the pretext of asserting rights at the UN and not one entity or government will obstruct this destructive agenda. No one will prevent the PA from filing a new bid, just as no one will take the necessary steps to prevent PA President Mahmoud Abbas from violating the rights of Palestinians. The collusion between both scenarios has been perfected to the point that the blatantly obvious is obscured by shifting focus to what the international community has defined as legitimate, and therefore immune, from punitive measures.

At an international level, the PA is merely lobbying for its own status. If in previous years there was still the possibility of speaking about international recognition for Palestinians, it is now clear that accessing such organisations has only provided the PA with the opportunity to share a platform which calls for protecting Israel's colonial existence in historic Palestine. Furthermore, as the PA increases its visibility, Palestinians themselves are marginalised to the point that platitudes and recognition have long superseded rights. This is not to mention the fact that seeking recognition at the UN implies acquiescence with the organisation's earlier efforts to facilitate the Zionist colonial project.

Consensus holds no equivalence with rights. Within the international arena, consensus has always been consistent when the objective is to target selected populations for war, thus triggering the usual humanitarian mechanism to dissociate people from politics. Through consensus over Israel's existence, Palestinians have been subjected to perpetual cycles of humanitarian humiliation. The PA has reinforced the humanitarian status imposed on Palestinians by refusing to engage the Palestinian people politically. Its alternative, in line with UN expectations, was to present a political front through the PA's bureaucracy and, from such a platform, disseminate the Palestinian experience as a humanitarian problem. Full UN membership will facilitate the process of further degrading Palestinians, for the simple reason that the organisation exists, first and foremost, to protect violators of human rights.

By shifting discourse on the US agenda – which the administration of US President Donald Trump has made clear as regards its unequivocal support for Israel – the PA is trying to obscure its own motives for seeking further international recognition from an entity steeped in human rights violations and the colonisation of Palestine. The questions we should be asking, therefore, should not focus on what Palestinians will gain as a result of this bid. What the PA intends to achieve for its own prestige and how such an achievement – hypothetical though it is – will facilitate the continuation of Abbas' expired, authoritarian rule over the Palestinian people.