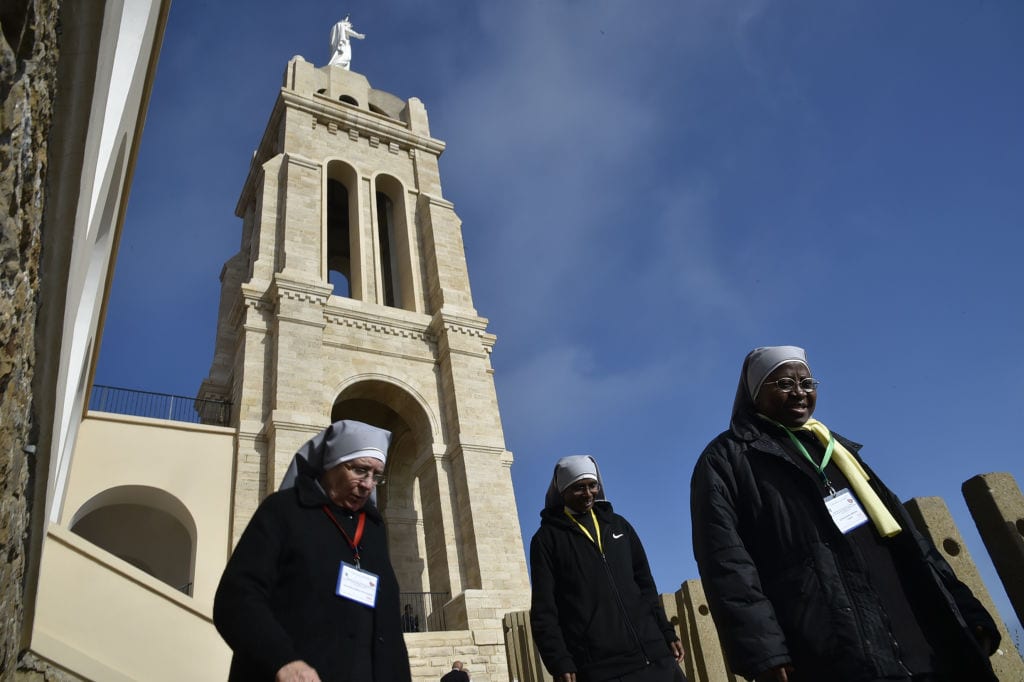 Nuns attend a ceremony at the Chapel of our Lady of Santa Cruz in Algeria's northern city of Oran, during which seven French monks and 12 other clergy killed during the country's civil war were beatified, on December 8, 2018. [RYAD KRAMDI/AFP/Getty Images]
February 28, 2019 at 9:42 am

Through President Emmanuel Macron's party, the French parliament has reopened the file of the rights of Christian minorities in Algeria, claiming that the authorities are exerting pressure on Christians.

According to official papers, French officials said special attention should be paid to the administrative pressures exerted by the Algerian government on places of worship and Protestant churches.

France will intervene and take action to express concern about the lack of religious freedoms, they added.

Since November 2017, the Algerian authorities have closed churches and held legal proceedings against Christian clerics, some of whom have been acquitted, while others have been fined because they imported Christian books, the French papers said.

A letter to Bouteflika: Why did you bring yourself to this?