A new form of 'anti-Semitism' targets Tlaib and Omar 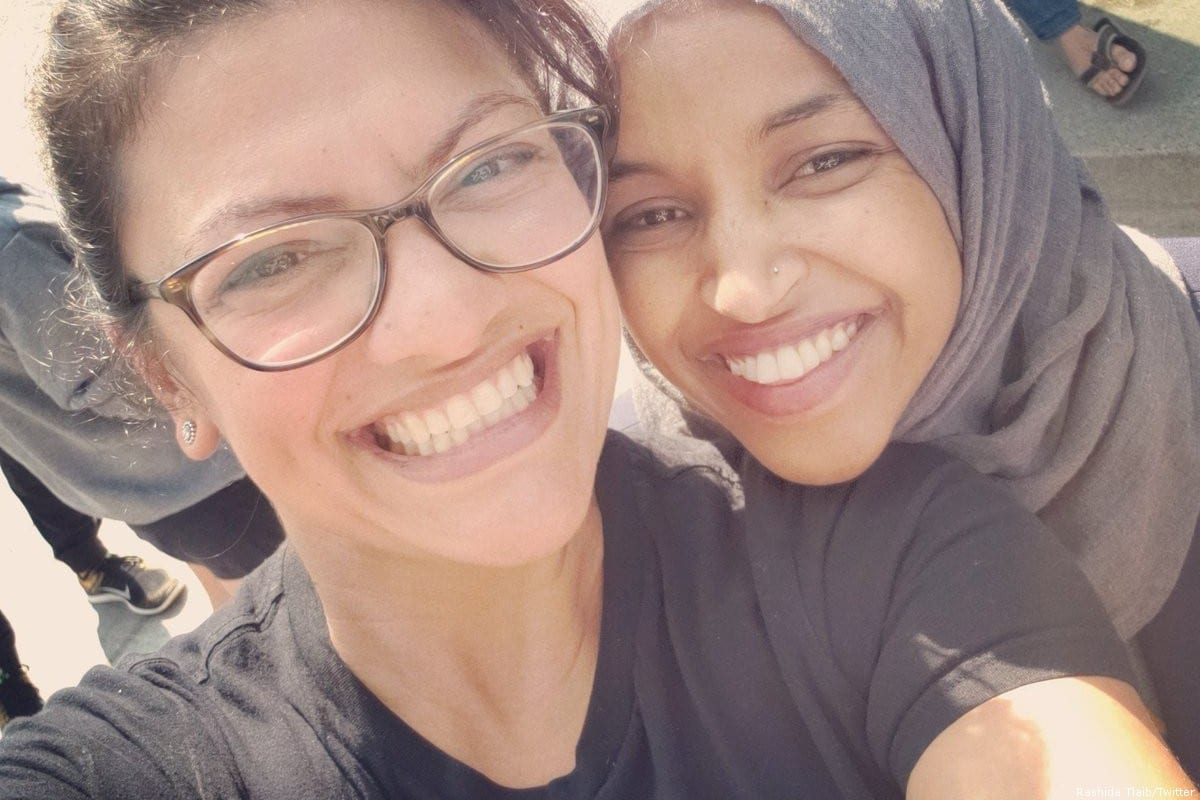 A hate-filled comment scribbled on a Post-It note attacking Minnesota Congresswoman Ilhan Omar should be a good lesson for all on how confused many Americans are about Arabs, Muslims, the Middle East and the truth about Palestine.

The scribbled hate note read, "Rep. Omar. Stop your disgusting Jew hatred. Your sign says 'Justice for all.' That means Jews too. Your Jihad against the Jews will fail." The note was signed "Am Yisrael Chai!" which translates to "The nation of Israel lives". It wasn't put on Omar's congressional door, however. It was placed on Congresswoman Rashida Tlaib's congressional door. All "foreigners" look the same to some people, I guess. 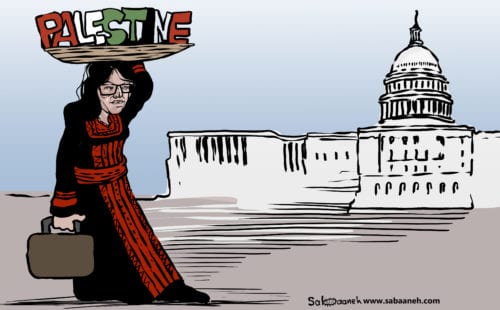 Tlaib and Omar have become the targets of a vicious, new form of anti-Semitism, directed at anyone who criticises the Israeli government's policies or challenges the false notions about Palestinians. How do you explain to people who don't understand the true meaning of "anti-Semitism" that Arabs, including Palestinians, are "Semitic" too?

There was a time when the phrase "anti-Semitism" carried a powerful moral weight as a shield against true Jew-hate; the act of hating someone because their religious beliefs are Jewish. It has since been diluted by political expediency and cynicism and turned into a meaningless epithet. In today's world of the wholesale defending of Israel, right or wrong, every critic is "anti-Semitic", including those Jews who also strongly and forcefully criticise Israel's government.

The weaponising of anti-Semitism has become even more potent for pro-Israel fanatics and ideologues because the mainstream news media is more of a prisoner to Israel's bullying than are the pro-Israel lemmings who serve in the US Congress and Senate. Under intense pressure from pro-Israel groups, elected officials and the news media, Omar buckled, while Tlaib has become more and more fiercely defiant.

Of course, Tlaib has always been that way; she is defensive against anyone who ever questions anything she has done. When I criticised some of her policies when she was in the Michigan legislature, she didn't hesitate to attack me. Just this week, she blocked me from reading some of her wild messages on Twitter, possibly because I have criticised her for focusing almost exclusively on the Middle East and not paying enough attention to the needs of her district, which is predominantly African American. She could be ousted this time next year. Members of Congress serve two-year terms, but within a year of taking office, they must begin their re-election campaigns.

Palestinian-heritage Tlaib won last time because four African American rivals divided the powerful African American vote in the Michigan District in the March 2018 Democratic Party primary election. If she is challenged next time by only one African American candidate, Tlaib won't be returning to Congress. She needs to work harder to build her support, and not be thin-skinned in the face of criticism, or push people away.

At the last election, she filled a vacancy created when African American Congressman John Conyers, who served more than 50 years, resigned in December 2017 because of sexual harassment allegations. He was a powerful voice for Arab and Muslim rights.

Omar filled the vacancy created when Muslim Congressman Keith Ellison decided to run for Minnesota Attorney General. Omar, who is also a Muslim, inherited a much stronger base of voter support from Ellison. Regardless of the attacks against her by pro-Israel activists, pro-Israel media and elected officials who are the recipients of pro-Israel Political Action Committee (PAC) cash, Omar is almost certain to win re-election relatively easily.

When members of her own Democratic Party criticised her past remarks about Israel, Omar offered an apology but still argued that pro-Israel activists go too far in putting Israel's interests above America's. I think that Omar never should have apologised. Her criticism was precise and on target. She was bullied into apologising when Republicans sought a resolution denouncing her for anti-Semitism that Democrats expanded to include a denunciation of Islamophobia and racism.

Omar had tweeted a compliment about comments made by journalist Glenn Greenwald, who wrote that he found it stunning that so many American politicians will undermine the American Constitutional principle of "free speech" in their drive to defend a "foreign country" (Israel).

In her own criticism of pro-Israel politicians, Omar made a powerful point. Pro-Israel PACs organised under the umbrella of AIPAC (the American Israel Public Affairs Committee) give members of the US Congress and Senate millions of dollars in donations every year, ranging from a few thousand to several hundred thousand dollars each. These pro-Israel PACs do not give money to politicians who criticise Israel's policies.

Omar was thus simply stating a truth about American politics; that partisan political groups use PAC donations to reward their supporters and to stop that support from weakening. Such PACs reward politicians who support their agenda with donations in quid pro quo transactions that you can see at every level of American politics: "If you support me, I support you."

As a former political reporter who covered Chicago City Hall for 17 years in the 1980s and 1990s, I often wrote about how PAC contributions and donations were tied to the way that elected officials voted. It is not, therefore, anti-Semitic for Omar to call out PACs which donate money in exchange for congressional support. It happens all the time.

There is something profoundly moving about watching two ethnic minority women politicians stand up to bullying by the pro-Israel political and media "machine" in today's hostile environment. It's powerful. It's inspiring.

However, in order to be successful, you can't be thin-skinned when it comes to criticism; nor can you turn your guns on your own people. You have to stay focused, rally all of your support and, most importantly if you want to make a difference, you have to win re-election. That is something that Omar seems to have grasped, but which Tlaib has yet to learn.