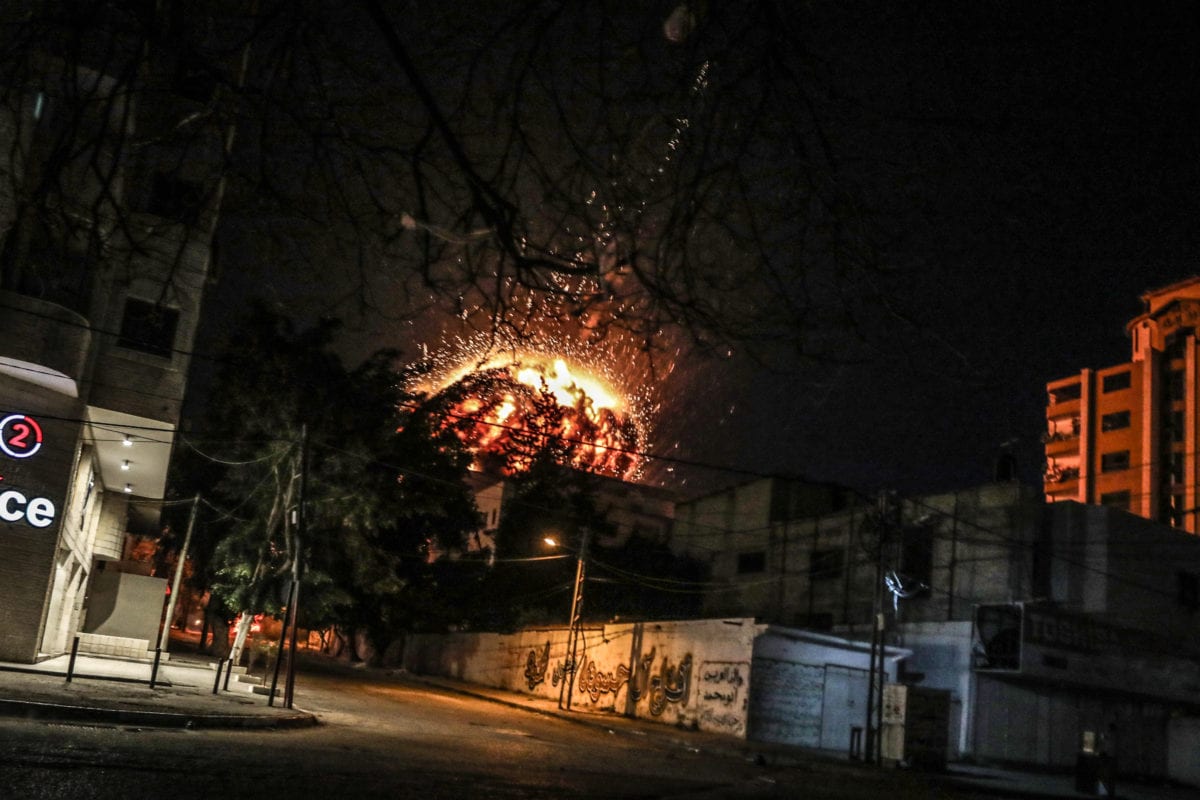 Fire rises after Israeli warplanes hit the building where Anadolu Agency’s office is located in Gaza on 4 May, 2019 [Ali Jadallah/Anadolu Agency]
May 23, 2019 at 9:30 pm

Anadolu Agency's bureau in Gaza City has sent a letter to the Israeli army demanding an explanation for an airstrike early this month that destroyed the building in which the agency's office was located, Anadolu Agency reports.

On May 4, Israeli warplanes targeted the building with at least five rockets, after firing a salvo warning shots.

Although the strike did not cause any deaths or injuries, the entire building was levelled.

Prepared by Anadolu Agency's lawyers, the Thursday letter to the Israeli military requested an explanation for the attack and asked if the agency was "considered a target" by the Israeli army.