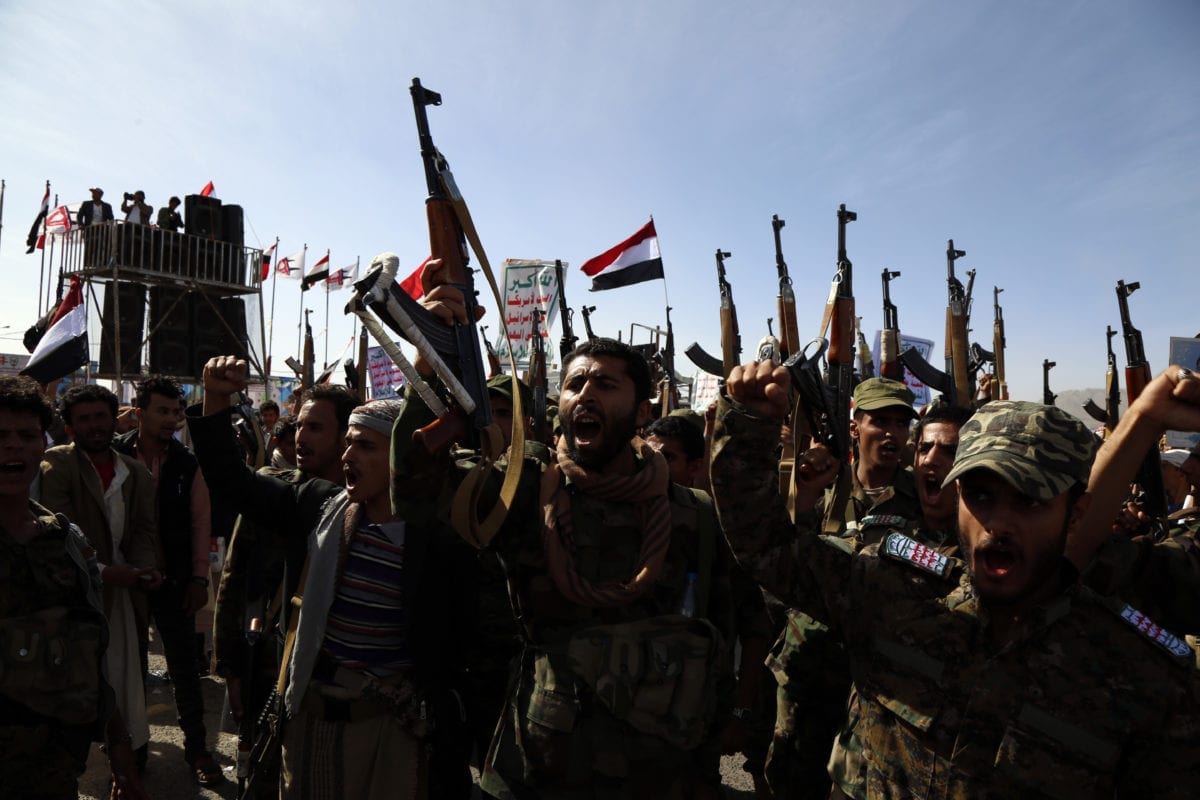 Houthi loyalists chant slogans during a rally to mark the fourth anniversary of the war on 26 March 2019 in Sana'a, Yemen [Mohammed Hamoud/Getty Images]
May 23, 2019 at 7:00 pm

Yemen's Houthi rebel group on Thursday carried out a drone attack on the Najran airport in southern Saudi Arabia, according to a television channel linked to the group, Anadolu Agency reports.

Thursday's drone strike was the group's third attack on the airport within the last 72 hours.

According to the Houthi-linked Al-Maseerah TV channel, the drone attack targeted a Patriot missile-defence battery that had been installed at the airport.

Last week, Saudi Arabia accused the Houthis of staging drone attacks on two pumping stations along the East-West Oil Pipeline, which carries oil from Saudi Arabia's Eastern Province to the Port of Yanbu.

Since 2015, Saudi Arabia has led a military coalition against the Houthi rebel group, which overran much of Yemen, including capital Sanaa, one year earlier.