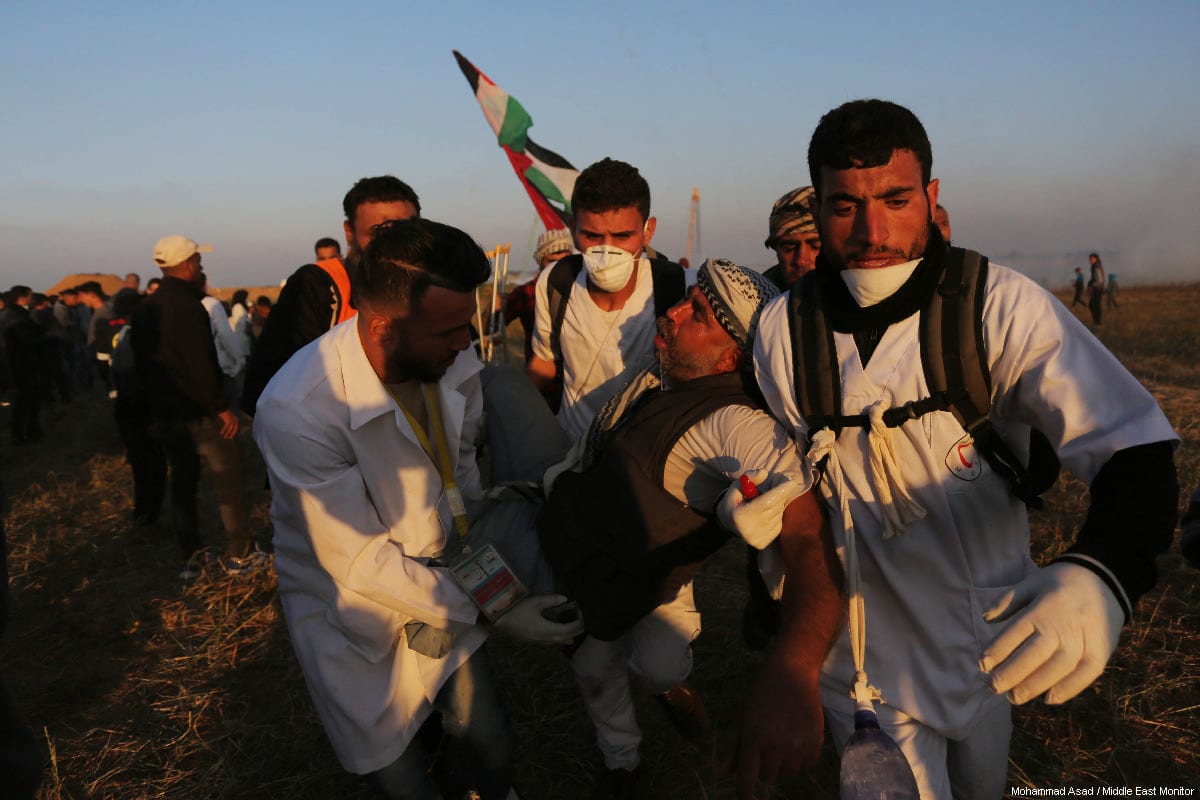 A new World Heath Organization report on Gaza this month made for shocking reading.

But as usual when it comes to our hopelessly Israel-sympathetic media, there was barely a whisper about it in the "mainstream" papers.

It states that in the course of the year following the start of the Great March of Return protests in March 2018, Israeli army thugs killed 277 Palestinians, including 52 children.

Most of these were murdered in cold blood during the unarmed, massive popular protests that took place along the boundary line between Gaza and Israel. Almost without fail, the protesters have returned every week, time and again since then, to protest against Israel and its crimes.

More than that, the protests are for the Return – the non-negotiable predicate of the Palestinian liberation struggle. And they are more than merely symbolic. They are marching for a real return to their homelands.

READ: Another Gaza medic has been killed on duty by Israel, but nobody expects justice to be served

The population of the Gaza Strip is overwhelmingly – 73 per cent – made up of refugees. That is, if you ask the young, unarmed refugee protestors risking their lives to return to their homes where they are from, they will not reply "from Gaza."

They are the refugees, and they do not and will not forget, generation after generation. And now, for the past year, they are marching as the start of their long return to Palestine.

They tell the objective historical truth: their parents and grandparents were expelled at the barrel of the gun and under the threat of the bomb, victims of what one future Israeli prime minister once called "cruel Zionism."

The Nakba was the defining event in Palestinian history – although it has never really ended since 1948. The most infamous event of all, it involved the expulsion of around 800,000 Palestinians, the majority, from their homeland by force.

This was not some accident, or unintended consequence of war, as Zionist propaganda long held. It was a deliberate consequence of decades of Zionist agitation for the "transfer" of the indigenous population out of the country for the crime of not being Jewish.

From Theodor Herzl's plan to "spirit the penniless population" over the border, until the current day Israeli government's threats to annex the West Bank, Zionism has always entailed forced expulsions, war crimes, terrorism, racism and repression of the native Palestinian population.

And so we read in this new WHO report that there were nearly 7,000 gunshot wounds among Gaza's population of two million during a single year.

As my colleague Maureen Murphy at The Electronic Intifada reported: "Many of those injured have extensive and in some cases irreversible damage to their bones, neurovascular structures and soft tissue.

Among them, hundreds face amputations if they cannot access specialized tertiary treatment for their catastrophic wounds.

Three health workers have been killed and more than 700 others injured.

Thousands of elective surgeries were postponed as a health system already in crisis took in wave after wave of emergency casualties."

Such systemic violence and such a cruel policy of serious injury to unarmed protestors can only be deliberate. Again, it is a longstanding policy.

READ: 3 children a month in Gaza left disabled for life

Recall the infamous command of Israeli Prime Minister and Nobel Peace Prize winner Yitzhak Rabin for his soldiers to "break the bones" of Palestinian children protesting against the occupation of the West Bank and Gaza Strip during the first intifada – the popular uprising of the Palestinian people for freedom.

A Jewish settler-colony in a historic territory, Palestine, which is overwhelming non-Jewish can only ever be sustained by massive systemic, sustained violence.

That is the brutal reality behind the so-called "Jewish state." A homogenous project like Zionism in a heterogeneous, multi-religious, multi-ethnic country like Palestine is as doomed to failure in the long term as the European Crusader kingdoms were.