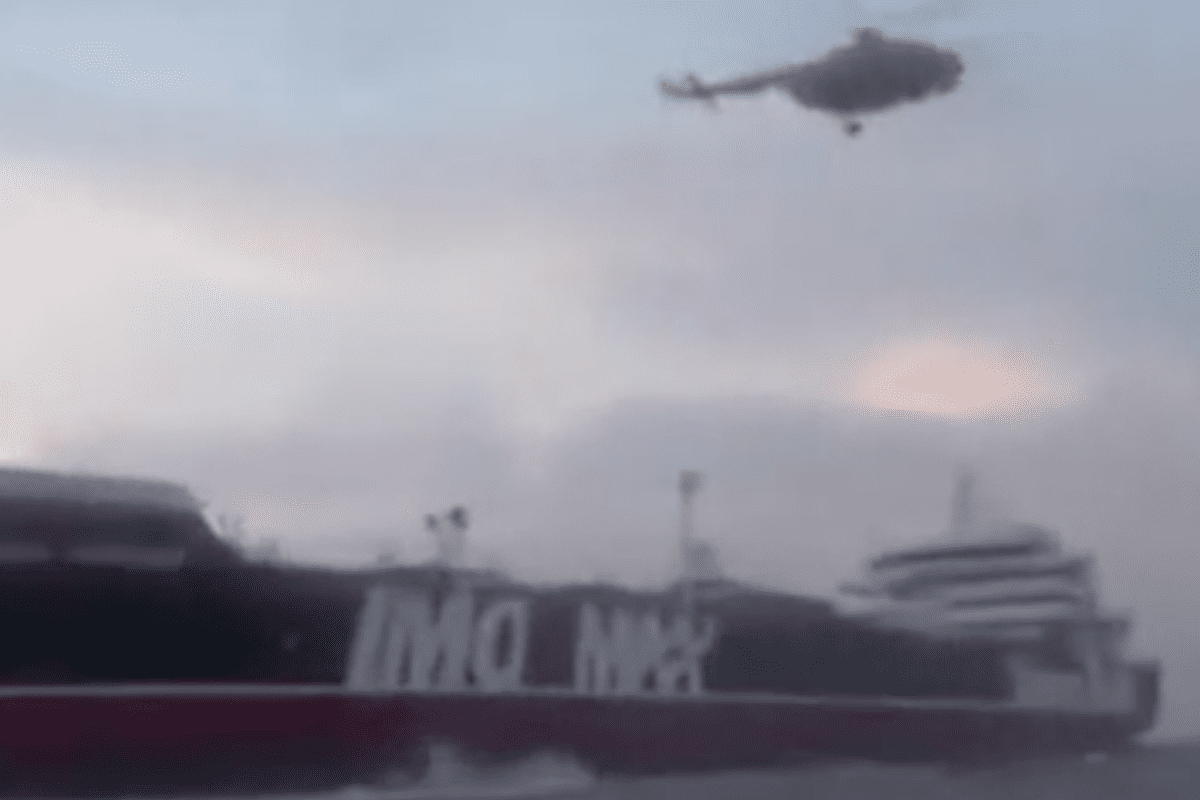 Image of a British-flagged oil tanker being seized by Iranian Revolutionary Guards in the Strait of Hormuz [Iran TV]
July 20, 2019 at 11:57 pm

Iranian public television released images of a British-flagged oil tanker being seized by Iranian Revolutionary Guards in the Strait of Hormuz on Saturday, Anadolu reports.

The tanker was later escorted into Iranian waters as seen from the images. None of the crew on board is British.

Iran said Friday it had captured Stena Impero in the strategic waterway, in a move that followed Britain's July 4 seizure of an Iranian flagged oil tanker off Gibraltar, a British overseas territory that abuts southern Spain.

READ: UK's Hunt says Iran may be on "dangerous path" after seizing tanker

London said the Iranian tanker was suspected of smuggling oil to Syria, in violation of EU sanctions on the Bashar al-Assad regime.

Iran has demanded the release of its crew and vessel, accusing the British Royal Navy of piracy and has threatened London of retaliatory measures, rhetoric that is raising tensions between the two nations in a region already inflamed with war and brinkmanship with the west.

The images show a second ship, Mesdar, which is Liberian flagged but managed by a British company, surrounded by 10 speed boats and is believed to have been escorted into Iranian waters.