Hamas slams Paraguay for labelling it as terrorist group 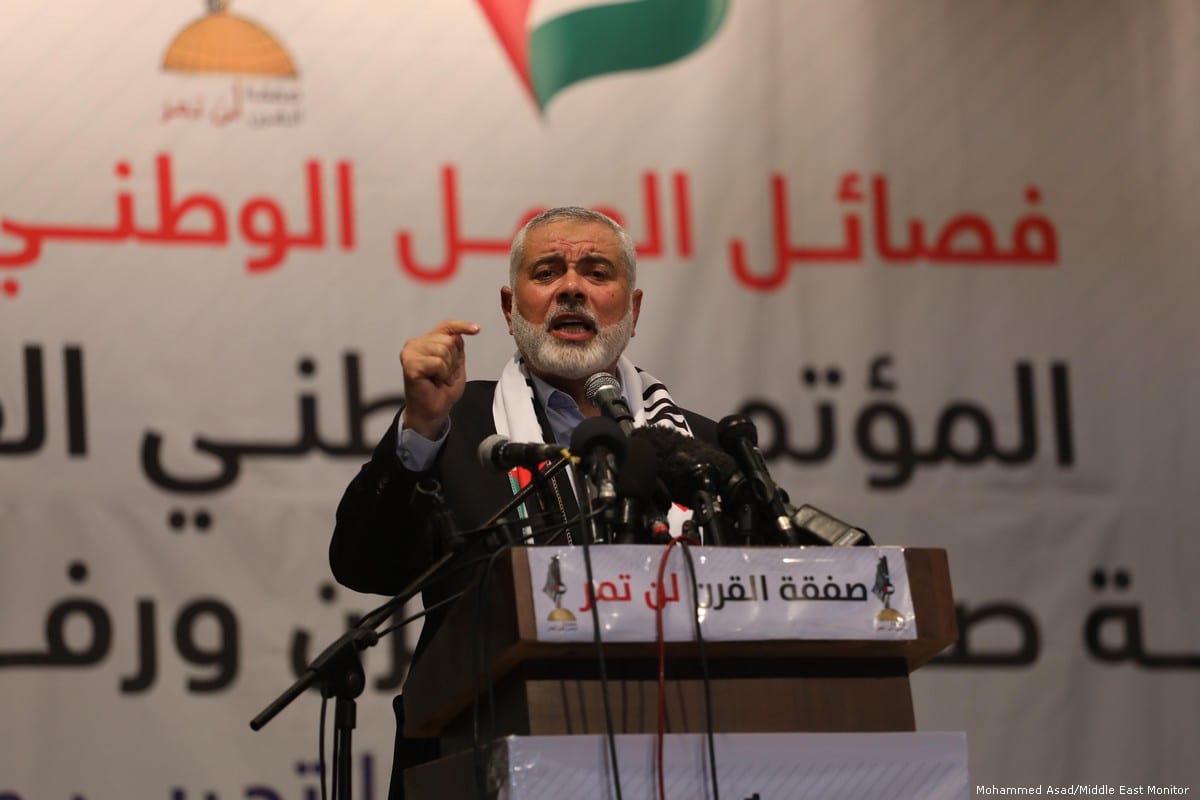 Head of the Political Bureau of Hamas Ismail Haniyeh during a conference in Gaza held to protest against the Manama Workshop on 26 June 2019 [Mohammed Asad/Middle East Monitor]
August 22, 2019 at 6:21 pm

The Palestinian resistance group Hamas on Thursday condemned Paraguay for its decision of designating the group as an "international terrorist organisation", Anadolu Agency reports.

In its press statement on the Paraguayan decision, the group said: "This decision runs against international law which ensures peoples' right to resist the aggression and occupation with all possible means including the armed struggle.

This is confirmed by the UN resolution A/RES/37/43. Therefore, the decision doesn't serve the stability and security in the region, and it will harm the good relations between Palestinian and Paraguayan peoples".

"This decision will also strengthen the Israeli state-terrorism practiced against the Palestinians for decades and provides the occupation with the cover to continue crimes" the statement read.

The Hamas statement also stressed that it is "a Palestinian national resistant movement that struggles for the freedom and independence of its people. It doesn't antagonise any nation and the struggle is only against the Israeli occupation".

The statement concluded calling on Paraguay "to immediately retreat from the decision and to take any needed measures to support the Palestinian struggle for freedom and independence and prosecute the Israeli war criminals".