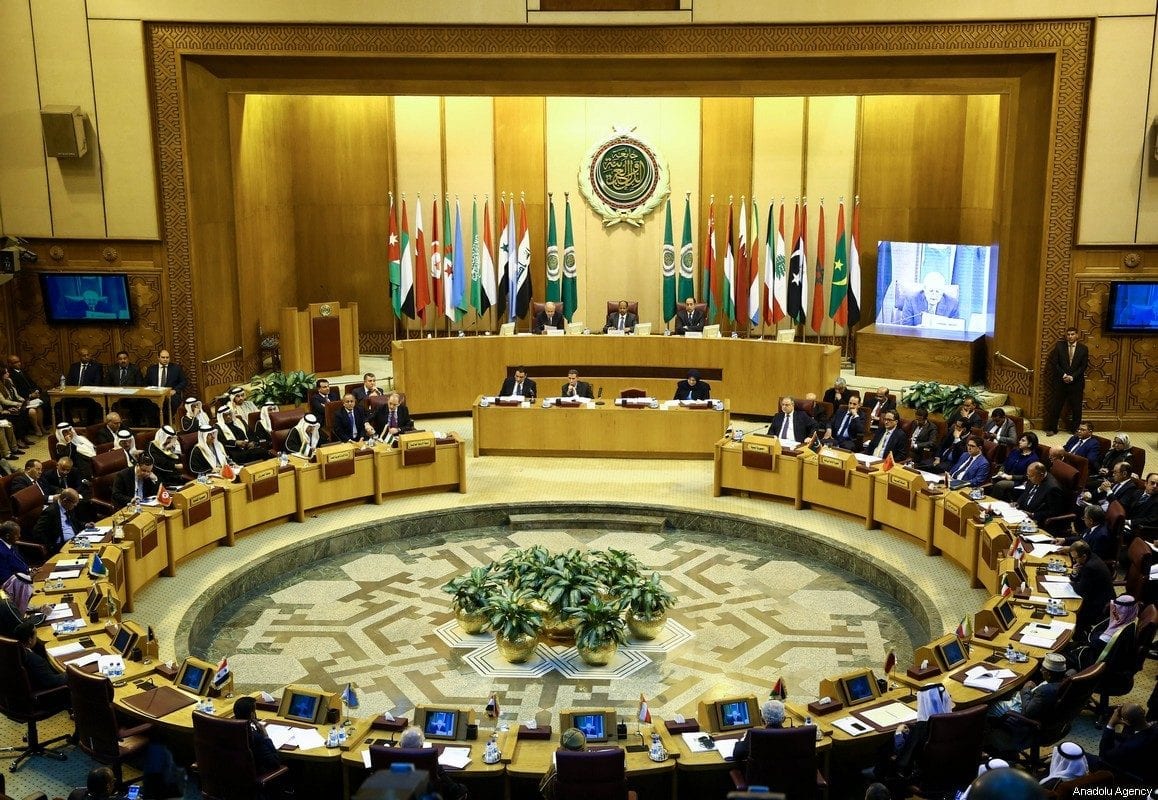 General view of Arab League foreign ministers in the Egyptian capital Cairo on 9 December 2017 [Stringer/Anadolu Agency]
October 4, 2019 at 10:46 am

Palestine yesterday gained membership of the Human Rights Committee of the Arab League.

The State of Palestine will be represented by Legal Adviser Majdi Hardan from the Ministry of Justice.

In accordance with the membership, Palestine will be required to report on human rights situations; in particular violations of human rights by the Israeli occupation authorities.

The elected members of the committee will begin serving for a period of four years from today after received nine votes in favour of its inclusion in the committee.

The Arab League is a regional multi-national organisation of Arabic-speaking countries in Africa and the Middle East. Its mission is to promote trade and economic growth as well as sovereignty and political stability in the region.