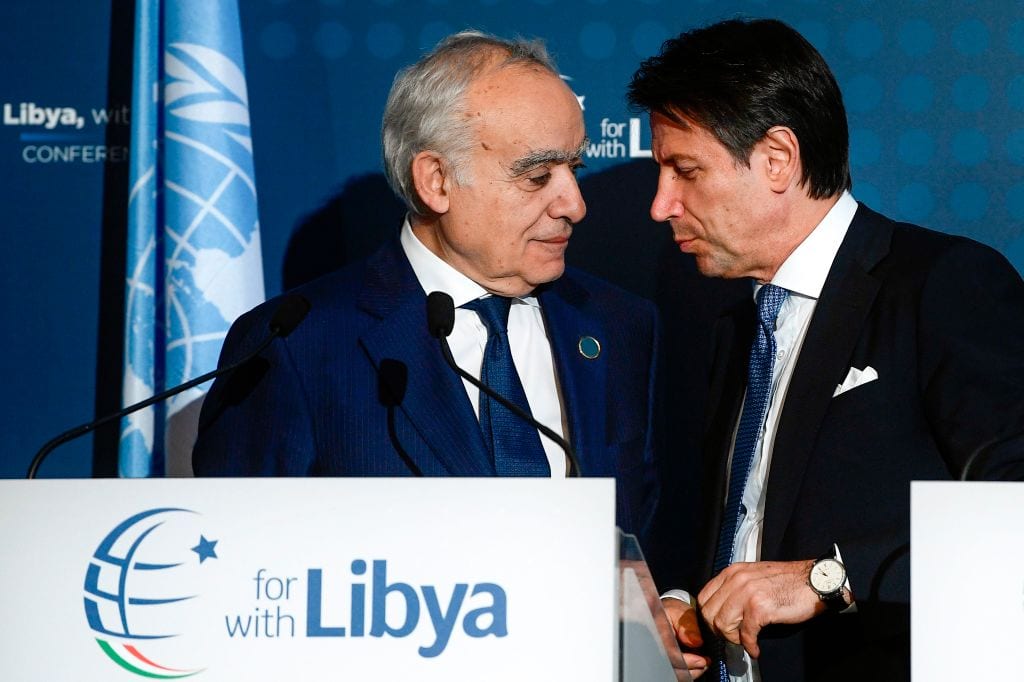 In May 2017, local parish priest, Don Edoardo Scordio, was one of 68 people who were detained by Italy's anti-mafia police in the region of Calabria.

Scordio, who is currently under house arrest, is accused of involvement in a large criminal network, operated by cosca Arena, a local mafia group that preys on refugees and asylum seekers in the town of Isola di Capo Rizzuto. The criminals stole tens of millions of euros in public funds allocated to refugees in the Sant'Anna's migrant reception centre.

This would have been a typical news story in a country that is plagued with mafia criminal activities. But it is not. It is a microcosm of a multi-faceted malaise involving various layers of authority, including the government, which often presents itself as the Italian public's savior from the migrant or refugee "invasion".

This so-called invasion however, was a direct consequence of the NATO-led war on Libya in March 2011 and the political mismanagement of the country following that disastrous war.

A permanent fixture in Libya's political upheaval, and its subsequent militia-led chaos, is the Italian government. In order to continue to exploit the country's natural resources and oil reserves, Rome continues to feed Libya's political bedlam and infighting, while constantly decrying the resultant refugee crisis.

On 4 October, a newspaper investigation highlighted the sordid role of the Italian government in the Libyan war, particularly with regard to the country's growing humanitarian crisis.

Italy's Catholic newspaper L'Avvenire confirmed (Link in Italian) existing suspicions that the Italian government was working closely with one Abd Al-Rahman Milad – known as Bija – to stem the flow of refugees from the porous Libyan coast.

Bija is a well-known character to human rights groups and United Nations workers, as well as to refugees who escaped Libya. A UN Security Council report identified him as the "head of the Zawiyah coastguard" who is "involved in smuggling activities" and was "directly involved in the sinking of migrant boats using firearms."

The Italian Defense Ministry itself concurs with this depiction. In an official report (Link in Italian) that was released on 10 May 2017, the ministry stated that Bija had been the one "controlling the smuggling business from the west of Tripoli to the border with Tunisia since 2015."

Yet, only one day after the publication of the report, Bija was hosted by the Italian government to take part in the discussions that following the signing of the Memorandum of Understanding between Rome and Tripoli to combat "illegal immigration [and] human trafficking."

The meetings, involving Bija and Italian officials took place in Cara di Mineo, in the city of Catania in Sicily. Officially opened in 2011, Cara di Mineo is considered one of Europe's biggest camps for migrants and asylum seekers. The irony is that many refugees in that camp were trafficked by Bija himself.  They were the ones who recognised (Link in Italian) him, detailing crimes he had committed during their harrowing journeys.

Unsurprisingly, Cara di Mineo was shut down in July 2018, by the then far-right Italian Interior Minister, Matteo Salvini. The centre had been rocked by several scandals involving Italian and Nigerian mafia groups operating lucrative narcotics and human trafficking businesses.

Soon following L'Avvenire's report, the Italian government attempted to distance itself from Bija, claiming that he had obtained a visa to Italy using forged documents, however no such documents were ever released. Several media reports pointed to the fact that the Libyan human trafficker was already well known to Italian authorities and to other governments prior to him entering Italy.

Bija's story was covered in the Italian media as if it was a major political outrage. But if understood in relation to broader Italian policies regarding Libya throughout the last decade, the Bija matter is hardly shocking.

Former Italian Interior Minister Salvini is often associated with Italy's hardline approach to migration – after all, this populist Italian politician ordered the closure of ports in the face of refugee boats. But the truth is that Italy's anti-migration policies go back years, to the time when former Libyan President Muammar Gaddafi was still in power.

Bodies of migrants who drowned off the Libyan coast being pulled out by coastguards. [file photo]

In August 2008, the Italian government, led by Silvio Berlusconi, provided Libya with $5 billion to crackdown on refugees and migrant boats near the Libyan coast. Italy resolved that it was far more beneficial to have the Libyan government shoulder the legal responsibility and political fallout from the refugee crisis. This process often lead to serious human rights violations, including torture.

Roberto Maroni, who served as the Italian interior minister when the "Friendship Treaty" was signed with the Gaddafi government in 2008, has boasted (Link in Italian) of the dramatic decrease in the number of refugees arriving to Italian shores. Official numbers from that period, however, don't corroborate Maroni's claims.

Nonetheless, the agreement further cemented a strong relationship that had been growing between Libya and Italy. Libya was and remains Italy's major oil and gas supplier. Before the 2011 war, Libya exported 1.6 million barrels of oil to Italy per day. This special relationship reached a peak with an official visit by Gaddafi to Italy in June 2009. Not only was the Libyan leader received with much fanfare and the highest official honour, but, at Berlusconi's insistence, Gaddafi was given a seat at the G-8 Summit that was held in Italy. On one occasion, Berlusconi was filmed kissing Gaddafi's hand.

This love affair was short-lived but it explains Gaddafi's utter shock at Berlusconi's betrayal when NATO launched its war on Libya in 2011. "I am so shocked, I feel betrayed, I don't even know what to say to Berlusconi," Gaddafi said in an interview with the Italian daily Il Giornale. But for Italian politicians, the relationship with Libya was never guided by trust, honor and friendship, but business and political interests only. As soon as Gaddafi was killed on 20 October 2011, Italy moved in to reap the benefits of the military intervention, a dismal trajectory that continues until this day.

ENI and the hired gun

In July 2018, Italy's largest oil and gas company, ENI – which plays a key role in shaping Italian foreign policy – entered a joint venture agreement with the Libyan National Oil Corporation resulting in the establishment of the Mellitah Oil and Gas Company (MOG).

According to several media investigations, including this by the Associated Press, Libyan militias were reportedly paid by ENI to secure the Mellitah oil complex in the Zawiya district, in Western Libya. These hired guns included a militia headed by Ahmad Oumar Al-Dabbashi, who was blacklisted in 2018 by the UN for being a "significant leader in illicit activities related to the trafficking of migrants."

ENI is merely continuing what appears to be an acceptable Italian policy regarding Libya, whether by government or within the business community. The main goals are for Italy to secure its economic interests in Libya, to pay militias protection money and to shift the refugee problem entirely from Italian shores to Libyan detention centres.

The 2017 Italy-Libya Memorandum of Understanding resulted in the creation of several detention centres for refugees and migrants in Libya, financed by the Italian government through Italian NGOs, and operated by Libyans. Conditions in these centres were depicted by a Human Rights Watch Report in January 2019 as "inhumane."

READ: Libya's day of shame at the International Criminal Court

One of these centres, near Tajura, in the Mellitah area in north-western Libya, was bombed in July 2019, with nearly 100 refugees killed. The tragic deaths of innocent people who were escaping war or poverty, were blamed on the forces of Libyan militant leader, Khalifa Haftar, who has been leading a foreign-financed war to control the whole of Libya.

However, media and human rights reports suggested that the refugees might have been used as human shields to cover a weapons depot that was concealed below the detention centre.

The human rights violations that take place within these Italian-funded centres have been the focus of much criticism by human rights groups in Libya and throughout the world.

After visiting several detention centres in Tripoli, Misrata and Zuwara in July 2018, HRW researchers documented "inhumane conditions that included severe overcrowding, unsanitary conditions, poor quality food and water that has led to malnutrition, lack of adequate healthcare and disturbing accounts of violence by guards, including beatings, whippings, and use of electric shocks."

Such accounts are consistent with the overall grim picture emerging in Libya, one that speaks of direct collusion between Italy and the various parties in that war-stricken country.

READ: Malta has deal with Libya coastguard over migrant interceptions

In a report published by the Italian weekly newspaper L'Espresso, eminent journalist Fabrizio Gatti detailed the "systematic torture of migrants in Libya". His report was based mostly on eyewitness accounts by Italian doctors who were involved in aid programmes with refugees and migrants escaping Libya.

The report documents how a young man was beaten by guards with sticks and hammers, and was severely burned during torture. Another was electrocuted repeatedly. A third was branded with a hot iron on his body and had his face slashed with a knife. The stories are harrowing, and are examples of the inhumane and brutal practices underway in these camps.

The discussion concerning refugee rights in Italy is largely centred on one specific issue – Italy's obligations under international law to host and care for refugees immediately following their arrival. However, this only constitutes one aspect in a more complex scenario, for even if the boats are permitted to reach Italian shores, the suffering of the refugees hardly ends there. The story of Isola di Capo Rizzuto is a case in point.

But as we have seen, missing from this story are the tens of thousands of refugees and migrants who are held in concentration camp-like detention centres in Libya itself, thanks to the Memorandum of Understanding signed between the Italian and Libyan governments in 2017. 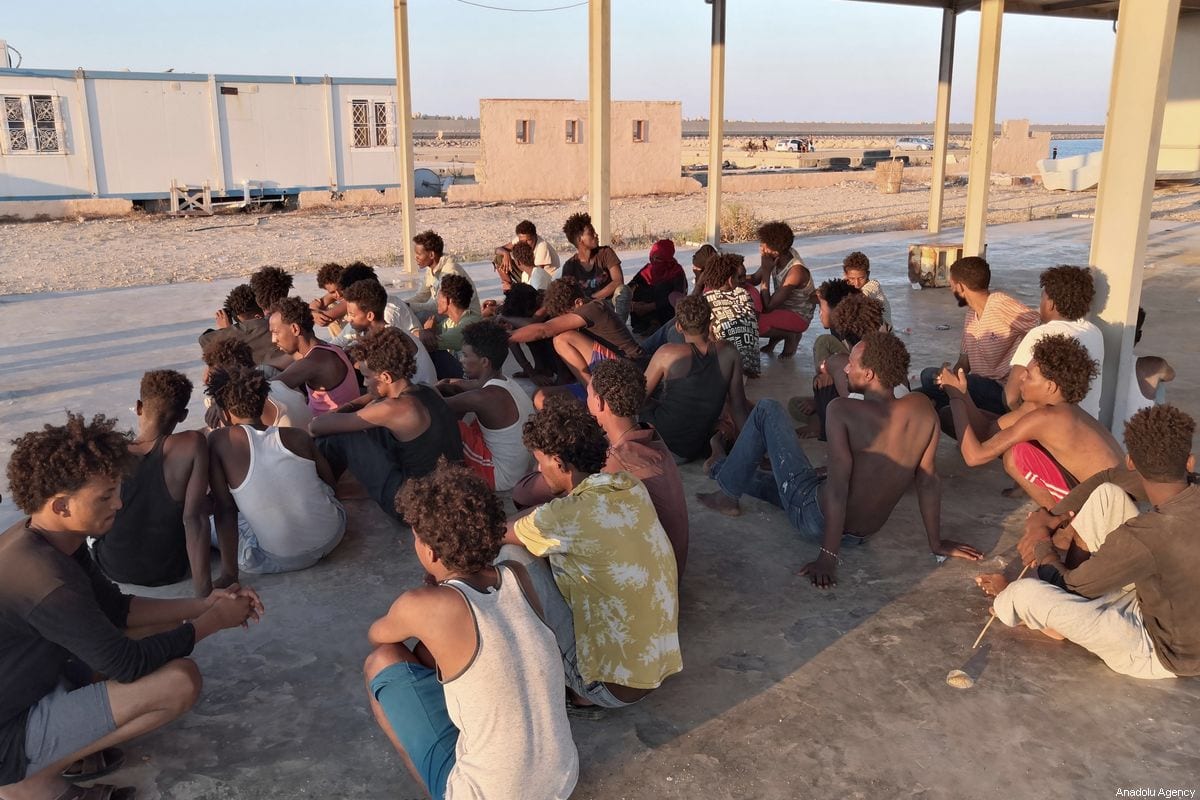 A group of irregular migrants, rescued by Libyan Coastal Guard, wait after a boat sank off the city of Al-Khoms, Libya 5 miles from the coast on July 25, 2019. At least 150 irregular migrants were reported missing. [Hazem Turkia/Anadolu Agency]

The Italian government may think that it has found a legal loophole by outsourcing its anti-immigration policies to Libyan militias who operate outside international jurisdictions and pay no heed to humanitarian law. However, given the legal agreements and direct funding provided either by the Italian government or by large corporations to protect their interests in Libya, Rome should be held accountable due to its obligations under international law.

Considering all of this, there can be no doubt that the Italian government must have known that Bija, was a Libyan torturer and human trafficker they wined and dined him in May 2017. In fact, we believe that the Italian government knows a whole lot more about him as well as the many grave human rights abuses of refugees and migrants occurring on their behalf in Libya.