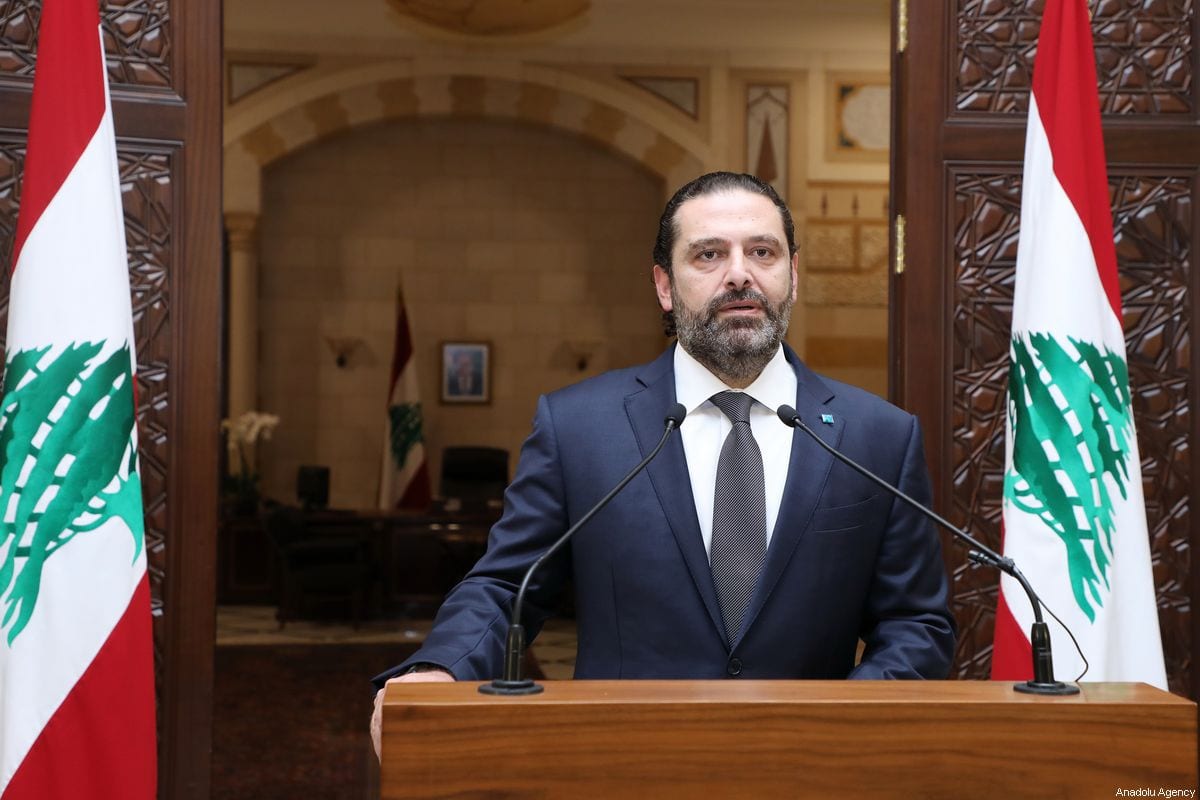 Lebanese Prime Minister Saad Hariri holds a press conference over the ongoing protests against the government in Beirut, Lebanon on 18 October 2019 [LEBANESE PRIME MINISTRY OFFICE/Anadolu Agency]
December 27, 2019 at 11:21 am

Lebanon's caretaker Prime Minister Saad Hariri said that he will not participate or provide any cover for the government currently being formed by Prime Minister-designate Hassan Diab.

Hariri said there is a campaign targeting what he called "political Harirism" which he will confront strongly.

During a meeting with reporters in his house in Beirut, Hariri was asked if the government being formed can be described as the "government of Hezbollah", to which he answered that it is the government of Foreign Minister "Gebran Bassil".

Hariri resigned as prime minister in late October following weeks of popular protests. He later declared that he would not run for the post again.

On 19 December President Michel Aoun held formal consultations with members of parliament on who to name as prime minister. Diab, a university professor and former education minister, was nominated by the biggest Shia Muslim factions, Hezbollah and Amal, as well as the Maronite Christian Free Patriotic Movement (FPM) headed by Bassel.

The biggest Sunni bloc, Future Movement led by Hariri did not nominate anyone and informed the president that it would not participate in the next government.