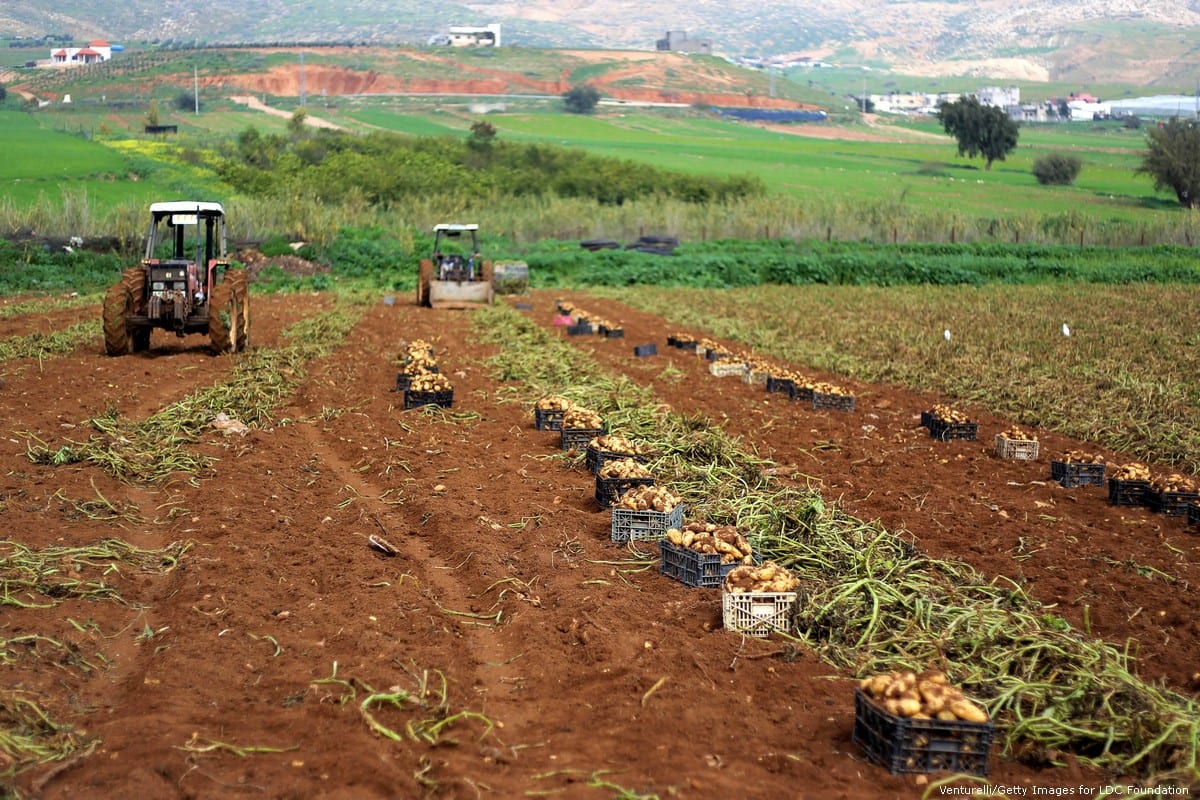 Palestinian farmers are seen during harvest season in the Jordan Valley on 19 January 2015 [Shadi Hatem/Apaimages]
January 31, 2020 at 9:35 pm

According to the Israeli public broadcaster, Kan, Bennett asked the coordinator of the Israeli government in the occupied territories to immediately implement his decision.

Meanwhile, according to Kan, Bennett announced the formation of a special team to work on the implementation of the Israeli sovereignty over the Israeli settlement in the occupied West Bank and the Jordan Valley.

The "deal of the century" stipulates that Israel is to annex the major settlement and the occupied Jordan Valley, but Jared Kushner, Trump's advisor on the Middle East who prepared the deal, stated that the annexation requires the discussion of a US-Israeli team, and for the issue to be postponed until after the Israeli Knesset elections.

Bennett announced in a speech delivered at the Institute for National Security Studies at Tel Aviv University, that the deal is the "biggest opportunity given to Israel in 50 years" and that "we might lose it" if the Jordan Valley and Area C are not annexed before the elections.