Is France changing its position on Libya and starting to support Haftar? 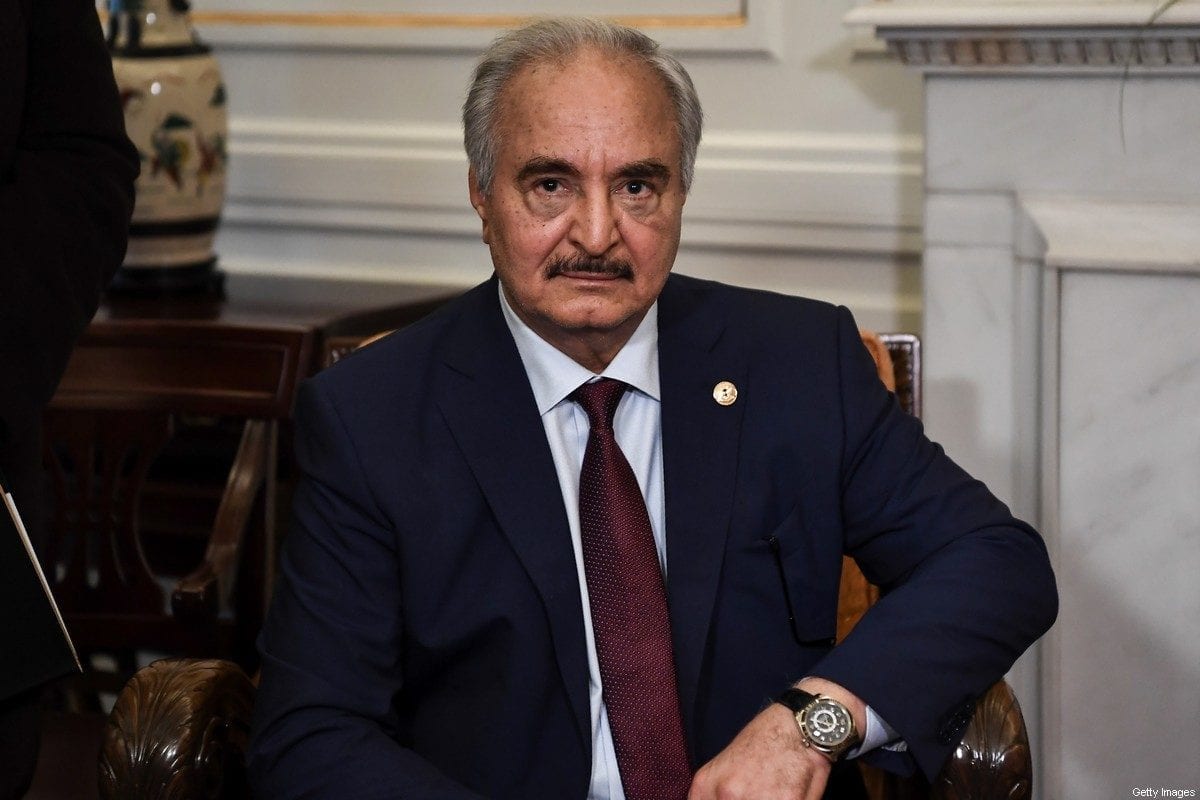 Last Monday, the French government hosted Field Marshal Khalifa Haftar on a brief, unannounced, visit to Paris. Accompanied by his top political advisor, my ex-academic colleague turned politician Fadel Ed-Deep, he met President Emmanuel Macron at the Élysée Palace. After the meeting an Élysée official said that, "Marshal Haftar assured [us] that he was committed to signing the ceasefire but this commitment would cease if the militias do not respect it." The "militias" mentioned are the coalition that is supporting the Government of National Accord (GNA), currently recognised by France as the only legitimate government in Libya.

This is the first time that France, a veto-holding member of the UN Security Council, has used the term militias in such a context and at such a high level. The GNA has accused Macron's government of supporting Haftar's Libyan National Army (LNA) and giving him the green light to launch his attack on Tripoli last April. LNA troops have since been laying siege to the Libyan capital, although their advance has all but stalled. Over the past five days, Tripoli has been relatively quiet, with no gunfire or artillery explosions being heard.

Does Haftar's visit and the tone adopted by the French indicate a new position that openly supports him despite the previous commitments to a peaceful solution to the Libyan conflict? The Élysée did not mention any follow-up to his visit, or say if diplomats will be conveying the message to the GNA about his ceasefire offer.

Diplomatically, this could mean that France is seeking to portray him as an ally and will probably come down heavier on the GNA in Tripoli. Media sources close to Haftar have talked about another proposal that would see the GNA reshuffled, whereby the next government will be smaller and more representative of the country. Whether this is a serious offer and under what terms Haftar made the proposal remains unclear.

The Libyan commander went from Paris to Berlin where he met German Chancellor Angela Merkel. Her spokesman said that she reiterated the German position that the only solution to the Libyan conflict is political and to achieve that there must be a ceasefire first. The response from Haftar was not mentioned. 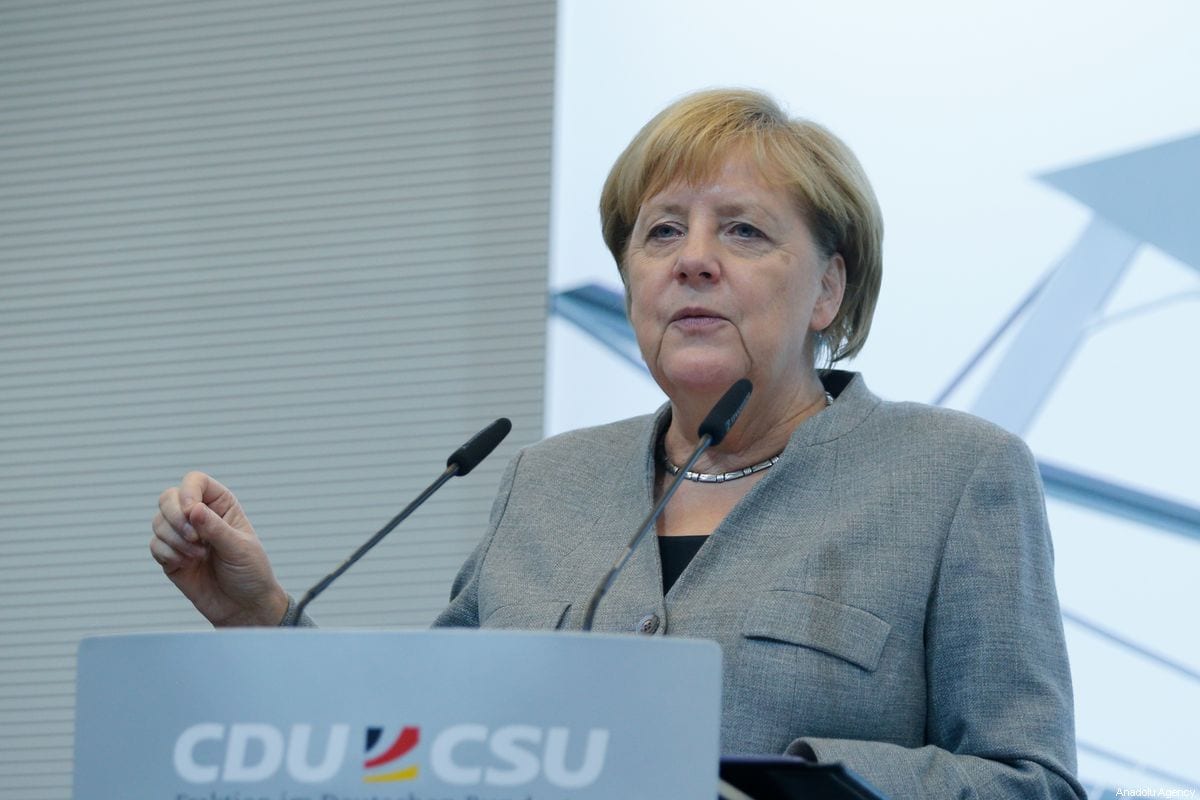 President Macron was one of the participants in the 19 January Berlin conference, when the US, Britain, France and Russia plus regional players committed themselves to peace in Libya. The major powers plus Egypt, Turkey, Algeria and the United Arab Emirates pledged to reinforce the UN arms embargo imposed on Libya since 2011 as a way to help de-escalate the violence. That commitment was endorsed by UN Security Council resolution 2510 adopted on 12 February, which France voted for, as did the others apart from Russia, which abstained. Despite this, the violence has escalated and more arms are flowing into the North African country.

Is France gradually moving away from its commitment to a peaceful solution towards the increasingly proxy war that is being fought in Libya? Or is it just trying to say that it is still committed to peace even if it appears to be favouring the LNA and Haftar? Élysée officials did not give any details indicating any shift in their declared position on the Libyan debacle.

Nevertheless, we should remember that Turkey has, since late last year, become a major player in Libya. On 27 November the government in Ankara signed a security deal with the GNA and has since been deploying troops and Syrian mercenaries to help in the defence of Tripoli against the LNA advance. With that move just before a Berlin conference preparatory meeting, Ankara appeared to have taken the initiative from the EU, including France. Suddenly Ankara, after Moscow, and not Paris and Berlin became the capital to listen to when it comes to Libya.

At the moment, though, Turkey appears to be preoccupied by the mess in Syria's Idlib province and may have little time for North Africa. Turkey and Russia are not on good terms over Syria and, by extension, they are likely to be occupying different ground in Libya too; Russia is supporting the LNA while Turkey backs the GNA. Ankara is also on a collision course with the EU member states, particularly France and Germany, over the issue of migrants flocking to the border with Greece, the southern flank of the European Union.

However, the presence of thousands of Syrian mercenaries and dozens of Turkish military advisors on the ground in and around Tripoli gives Ankara some political leverage when needed. Against this background, Haftar's visit and the way that he was received in Paris could mean that France and the EU are ready to take a stand against Turkey over Libya, and possible Syria as well. Turkish President Recep Tayyip Erdogan is clearly using the migrant tragedy to put pressure on the EU to support him in Syria, as Russia is abandoning its Idlib agreements with him.

Yet it is unlikely that any new EU mediation in Libya, or French for that matter, will bear fruit any time soon. The UN Envoy to Libya Ghassan Salame — the accepted mediation channel — resigned last week, freezing any new political initiatives for the Libyan file until his replacement is appointed.

If anything, Khalifa Haftar's visits to France and Germany reinforce his international position and many EU countries, including France, see him as a man to do business with. He may not be the ideal option for Libya, but many Libyans would argue that he is the lesser of two evils.