Berlin Conference on Libya was different, but hypocrisy could derail it 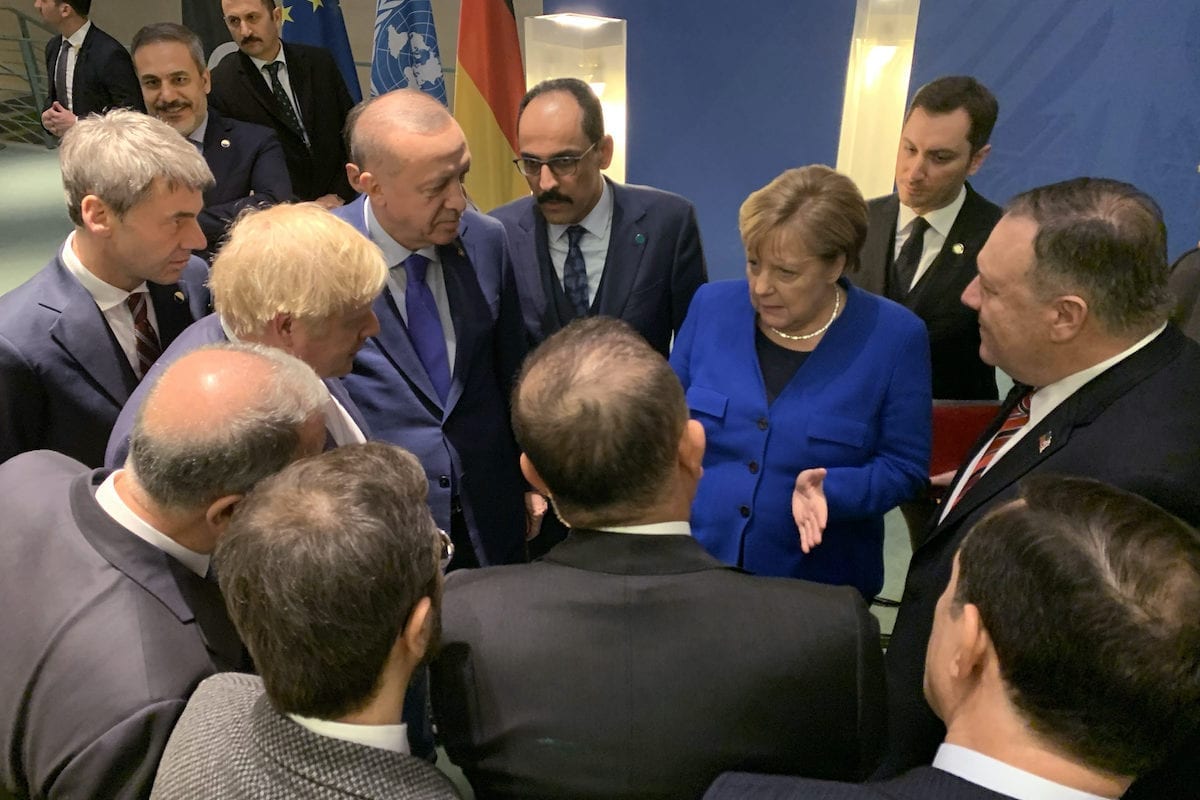 Twelve world leaders, the UN, the EU, the Arab League and the African Union attended the Berlin Conference on Libya last Sunday. They produced a very detailed communique of more than 50 points, most of them about basics like adherence to UN resolutions, while emphasising a peaceful settlement for the conflict and reviving Libya's economy.

Any who counted on the conference to draw a roadmap to end the conflict in Libya, now in its ninth year, will be disappointed, as will those who expected the gathering to provide peace on the spot. Berlin was about ending the hypocrisy and indifference of the major world powers and their regional allies who have brought nought but havoc and destruction to the North African country since 2011.

Yet the gathering succeeded in providing exactly what UN Envoy to Libya Ghassan Salame has long sought; he has always wanted one clear and verifiable commitment from the major powers and regional players to stop meddling in Libya's affairs. In particular, he wanted an unequivocal commitment from the UN Security Council veto-wielding countries — the US, Russia, China, France and Britain — that the flow of arms into Libya will stop. He got that commitment in Berlin. What's more, unlike previous Libya summits, participants in the German capital agreed to establish follow-up mechanisms to make sure that what was agreed is implemented.

READ: The Berlin Conference on Libya is the first post-war political battle

The conference agreed to launch triple-track diplomacy to help the UN solve the conflict; a political way forward that will revive the UN roadmap. A military version to enforce the shaky ceasefire is already in place. The final communique called for UN sponsored intra-Libyan dialogue aimed at holding elections and forming a new government. Since last April, however, the Libyan National Army (LNA) has pushed on with an offensive to overthrow the Government of National Accord (GNA) in Tripoli, leading to a freeze on all political mediation efforts.

There is no shortage of UN resolutions on Libya — 37 since 2011 — but the lack of implementation strategies renders them all but useless. Almost all of them call on member states to observe a strict arms embargo on the country. Resolutions 1970 and 1973, adopted in February and March 2011, respectively, imposed a total ban on any transfer of arms, ammunition or fighters to Libya. If its communique is respected by those who agreed to it, the Berlin Conference will change the current situation, because it not only called for the strict implementation of relevant UN resolutions but also created an International Follow-Up Committee (IFC) made up of those who met in Germany. The committee's task will be to identify any violations of the arms embargo and report back to the UN Security Council enabling it to take punitive action against violators. Furthermore, what has been agreed to in Berlin will be taken to the council to be enshrined in a binding resolution. 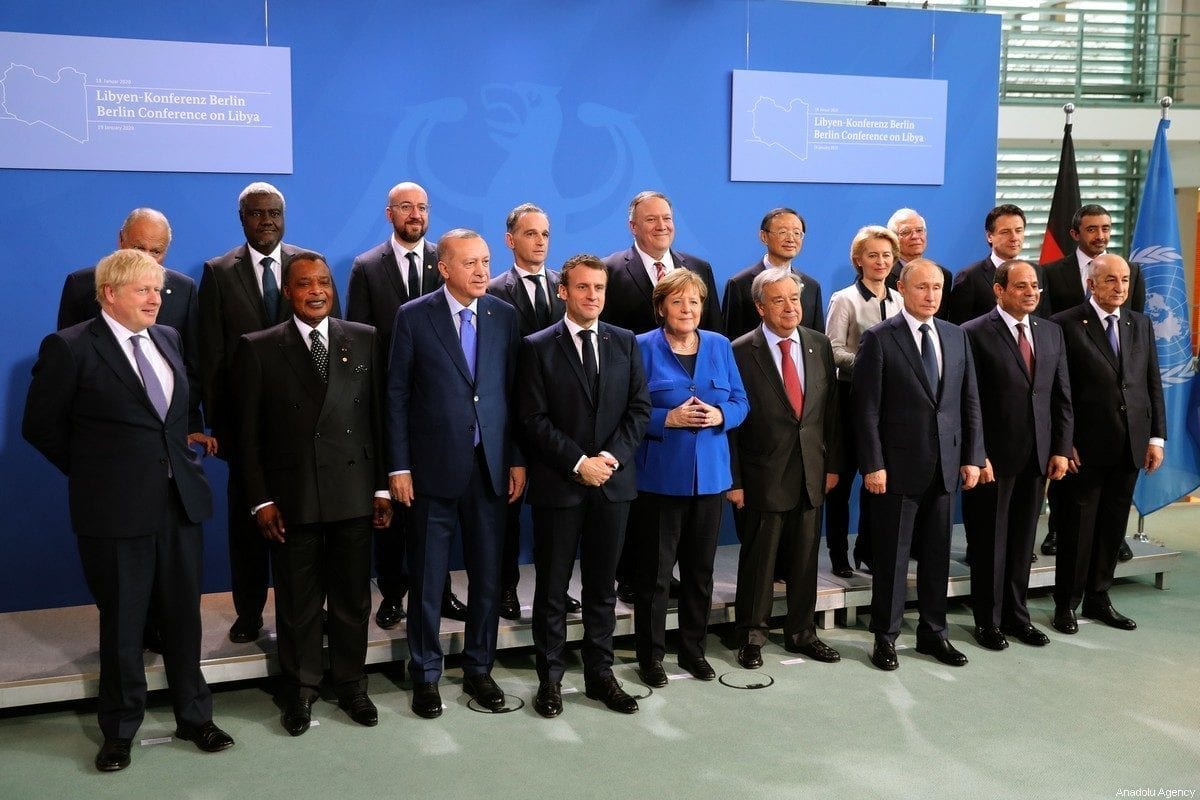 Will this really happen now that the world powers and their regional allies have signed up to it? For the past nine years the UN has failed Libya in every way because of the hypocritical policies of its more influential members. While they recognised the GNA as the only legitimate government in Libya they let it fall hostage to local militias, hindering its work and severely limiting its powers. Meanwhile, France, Russia and even the US turned a blind eye when LNA commander Khalifa Haftar launched his offensive against the GNA last year. The UN Security Council was divided, and the support that Salame once enjoyed evaporated, leaving him alone on his reconciliation mission in the shattered country.

It must be said that the UN Envoy worked tirelessly to unite the Security Council behind him, and he seems to have achieved this in Berlin. The conference also expressed support for his efforts to have the recent ceasefire brokered by Russia and Turkey institutionalised. A technical team from both the GNA and the LNA is due to meet shortly in Geneva to work out the terms and conditions of a longer verifiable ceasefire. Last week, though, Haftar refused to sign the Moscow ceasefire document, although the GNA signed; if the LNA General continues to refuse, he faces serious consequences.

READ: 'Haftar has been barking up the wrong tree'

The details are still to be worked out in Geneva, but the ceasefire might collapse before they are. The Security Council is scheduled to meet to discuss Libya on 29 January, but it is not clear if it will adopt any resolution to follow-up on Berlin. To prevent a return to the fighting, the council should act responsibly and show that it is ready to punish those who renege on what they agreed at the conference. If it doesn't do this, the Security Council will miss what is possibly the last chance to prevent the conflict from becoming a full-blown proxy war on Libyan soil. It is partially responsible for the mess in Libya because it authorised the use of force there in 2011 leading to the overthrow of the Gaddafi regime, since when the country has been sliding steadily into chaos as a hub for arms smuggling and human trafficking.

In her concluding remarks last weekend, Germany's Chancellor Angela Merkel said, "We were able to see that everyone is in agreement that the weapons embargo needs to be respected." That agreement must now be turned into practical steps on the ground. In international politics, as the Libyan situation has shown, this is easier said than done.

Hypocrisy has so far dominated international politics over Libya, making honesty a rare commodity. If the UN Security Council shoulders its responsibilities then Berlin will indeed be a turning point. If not, then it will have been simply another photo opportunity of little or no significance.