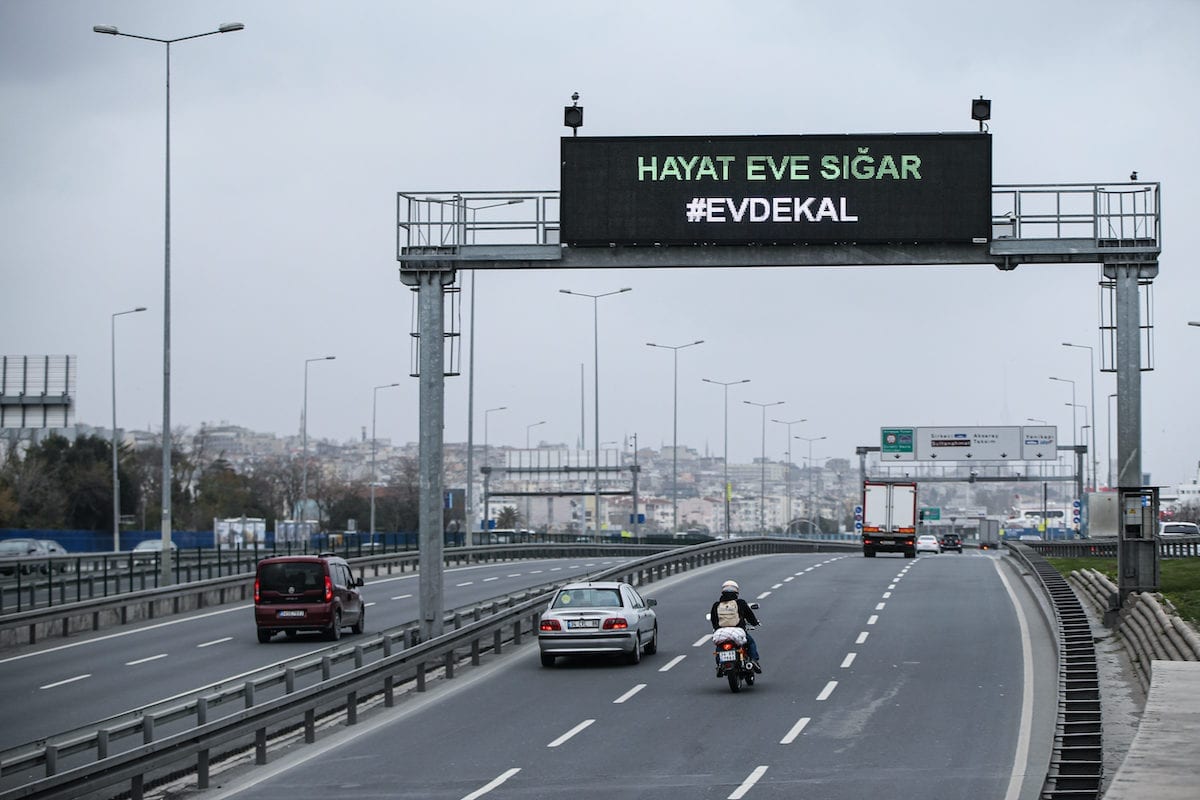 Cars go under a traffic information sign declaring "Life fits inside the home - Stay at Home" as people adhere to government advice on social distancing as a preventive measure against the spreading of coronavirus (Covid-19) in Istanbul, Turkey on 26 March 2020. [Elif Öztürk - Anadolu Agency]
March 26, 2020 at 8:00 pm

Turkey could order the public to stay at home if coronavirus infections continue to spread, the government said on Thursday as it clamped down further on medical equipment leaving the country, Reuters reports.

The government announced such a measure for people older than 65 over the weekend, but not for the general public as some other countries have done.

Istanbul's mayor urged national authorities to do so on Thursday, saying nearly a million people were still using public transport in the country's largest city.

The respiratory disease caused by the new coronavirus has killed 59 people in Turkey after cases surged in two weeks to 2,433.

"Complete social isolation is always on our agenda," Interior Minister Suleyman Soylu said on AHaber TV. Asked whether a complete curfew would be announced, he said: "If we cannot prevent the epidemic with these measures, we can of course take the highest measure."

To contain the virus, Ankara has closed schools, cafes and bars, banned mass prayers, and suspended sports matches and flights. President Tayyip Erdogan said Turkey, which has a population of about 83 million, would overcome the coronavirus outbreak in two to three weeks.

However, Istanbul Mayor Ekrem Imamoglu called on the government to impose a general stay-at-home order, at least in his city if it was not possible nationwide. 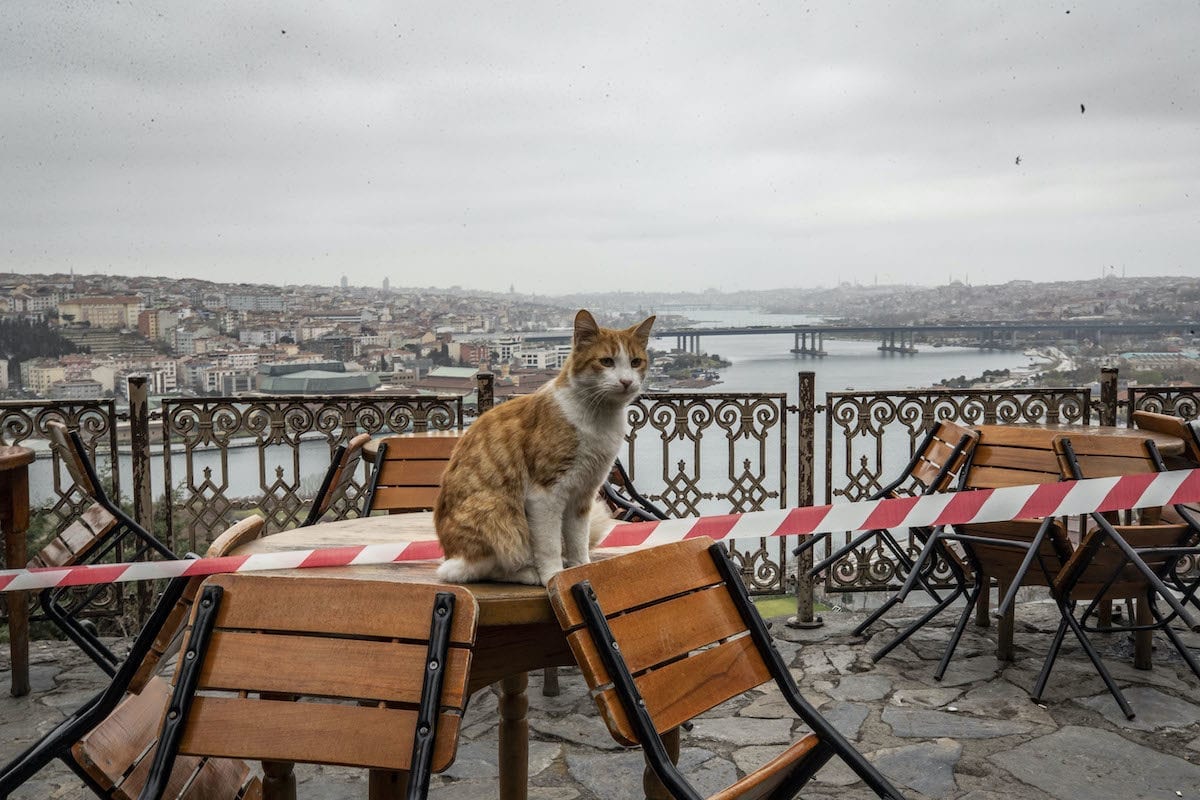 A stray cat sits on a table as Pierre Loti is empty after authorities urging people to stay at their homes as part of preventive measures against new type of coronavirus (COVID-19) in Istanbul, Turkey on 26 March 2020. [Şebnem Coşkun – Anadolu Agency]

"We are in the most critical phase of the outbreak," he said on Twitter. "If the necessary steps aren't taken today, it is evident there will be disappointment in the future."

The rule covers the export of ventilators and related gear, oxygen concentrators, intubation tubes and intensive care monitors, and other medical equipment. Ankara previously said it would stop exporting locally made face masks.

Turkey's Higher Education Council said there would be no face-to-face classes in the spring term, distance learning would continue and university exams would be postponed to July 25-26.

Ankara has also rolled out measures to cushion the blow to its economy, announcing a $15 billion economic package including support for businesses and hard-hit sectors such as tourism and transport.

The central bank said it was monitoring the economic impact of the outbreak and would deploy all policy tools resolutely to ensure the smooth functioning of financial markets.

And the Turkish banking watchdog has decided to provide flexibility for banks' liquidity ratio requirements until Dec. 31 due to the outbreak, it said.