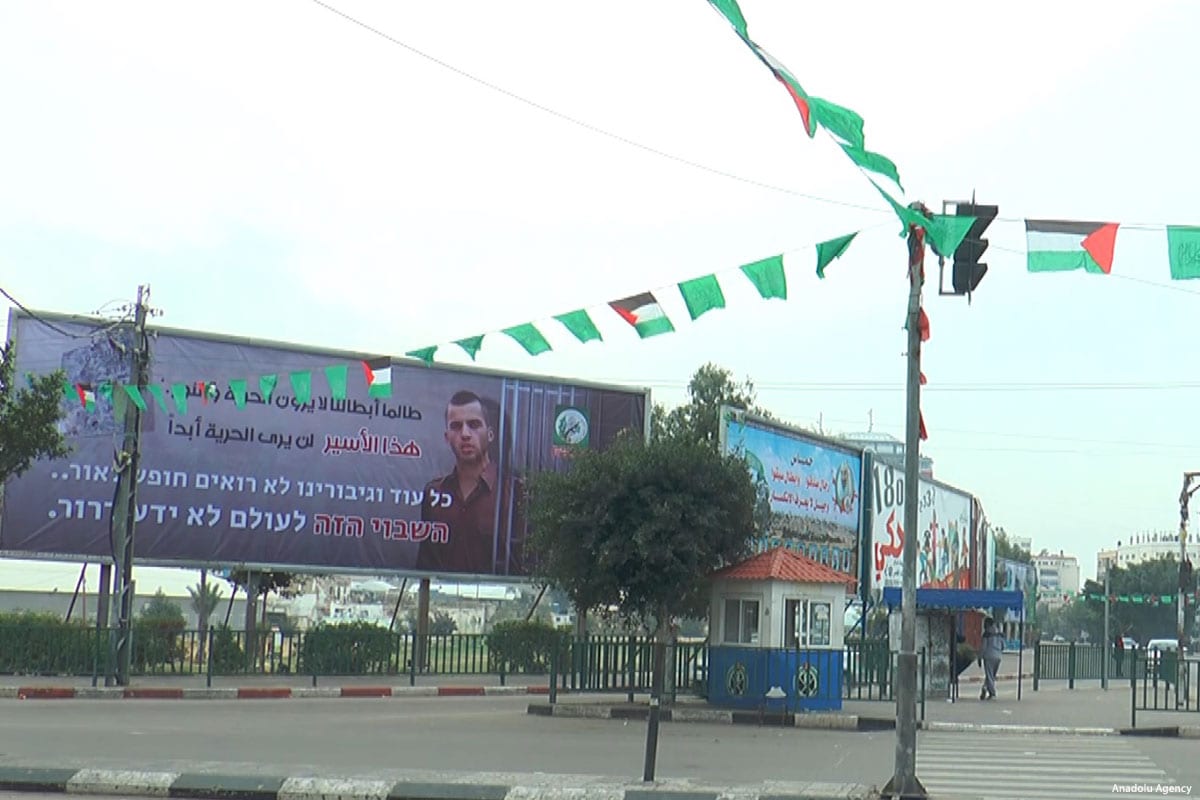 Placed at the Al-Saraya junction in Gaza, a billboard shows Oren Shaul, an Israeli solider, standing with jail bars around him, on December 29, 2017 [Anadolu Agency]
April 4, 2020 at 12:09 pm

The Palestinian resistance movement Hamas announced on Friday that media statements have been exchanged between its leader in Gaza, Yahya Al-Sinwar, and Israeli officials regarding "an opportunity" to release Palestinian prisoners in return for theÂ remains of Israeli soldiers.

In a press release issued by Hamas Spokesman Fawzi Barhoum, the Palestinian movement disclosed: "There is a possibility for an initiative to move forward with the [prisoner swap]Â file."

Barhoum added: "The proposal includes humanitarian dimensions and reflects Hamas' flexibility regarding the management of this issue."

He continued: "The proposal aims to test the credibility of the Israeli leadership."

On Thursday, Al-Sinwar proposed a partial concession regarding the issue of the Israeli soldiers captured in Gaza.

In an interview with Al-Aqsa TV, he stated: "The Israeli occupation would do a humanitarian deed greater than just an exchange process, by releasing Palestinian prisoners who are sick, as well as women, and it is possible that we partially offer something back."

In April 2016, Hamas' military wing, Al-Qassam Brigades, announced that it held four Israeli soldiers. It named only Oren Shaul and did not make comment on their conditions.