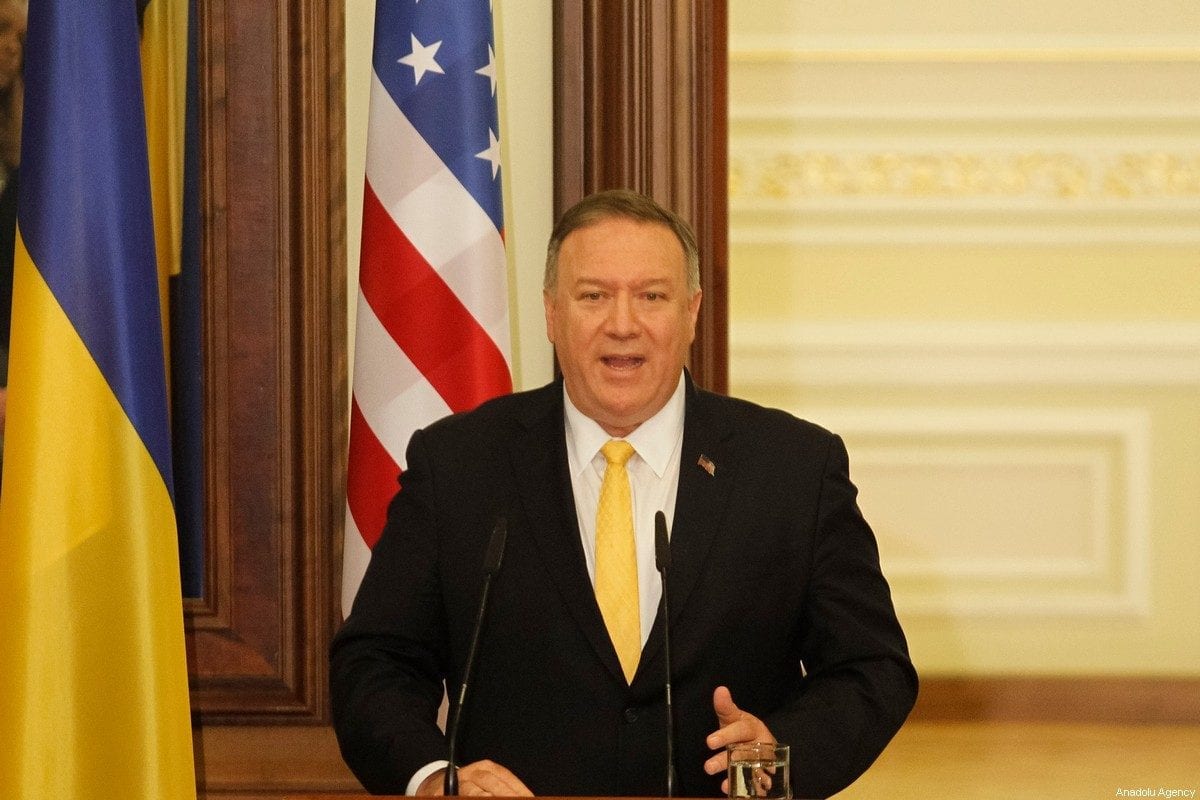 Hamas yesterday rejected statements by the US Secretary of State Mike Pompeo which supported the annexation of parts of the West Bank.

"The American stance on annexing the West Bank is illegal and incompliant with international laws," Hamas' head of media, Raafat Murra, was quoted by Anadolu Agency as saying. He described the US stance as "siding in favour of Israel, neglecting the historical rights of the Palestinian people, and ignoring the Palestinian issue."

Murra called on the Palestinians "to unite and stand together to confront the American stance."

On Wednesday, Pompeo said it was up to Israel whether or not to annex parts of the occupied West Bank. "As for the annexation of the West Bank, the Israelis will ultimately make those decisions," he told reporters, adding that the US would "work closely with them to share with them our views of this in a private setting."

In response, Palestinian President, Mahmoud Abbas, vowed that his government would consider all its agreements with Israel and the US "completely abolished if Israel began to implement the annexation plan."

Israeli Prime Minister, Benjamin Netanyahu, and the head of the Blue and White (Kahol Lavan) coalition, Benny Gantz, signed an agreement on Monday to form a national emergency government, on the principle of power-sharing.

The coalition agreement says that while the new government will strive for peace and regional stability, plans to extend Israeli sovereignty to Jewish settlements in the occupied West Bank – land the Palestinians seek for a state – could advance. The deal stipulated "annexing the [occupied] Jordan Valley and the Israeli settlements in the [occupied] West Bank in early July."

Palestinian officials say the plan would lead to the Israeli annexation of more than 30 per cent of the entire West Bank.

The move comes as part of the US' so-called "deal of the century" proposed in January which was deemed to give Israel everything it had asked for and provide Palestinians with much less than the state they desire.