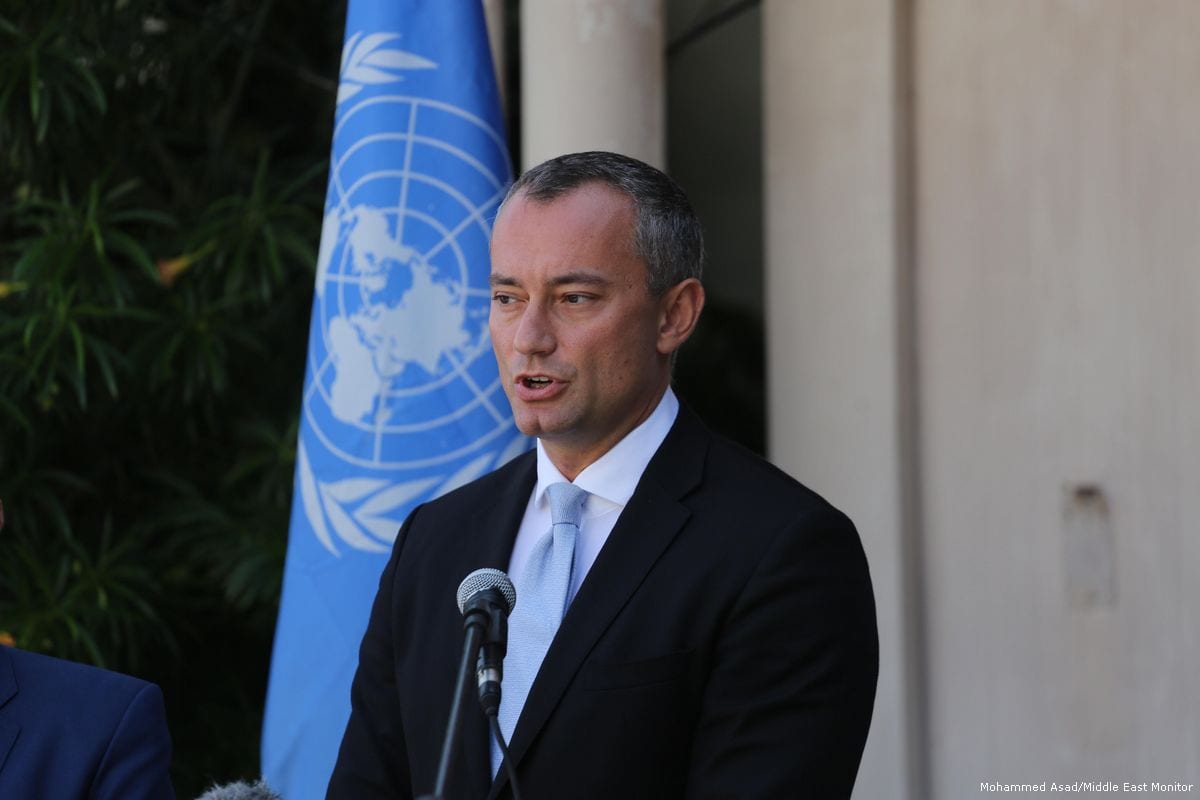 Israel's plan to annex large swaths the West Bank from the Palestinians would mark a "devastating blow" to the long-sought two-state solution, the UN's coordinator for Israeli-Palestinian peace warned Thursday, Anadolu reports.

"The dangerous prospect of annexation by Israel of parts of the occupied West Bank is a growing threat," Nickolay Mladenov told the body's Security Council. "If such a move were implemented, it would constitute a serious violation of international law, deal a devastating blow to the two-state solution, close the door to a renewal of negotiations, and threaten efforts to advance regional peace."

Israeli Prime Minister Benjamin Netanyahu and opposition leader Benn Gantz formed an emergency unity government Monday to prevent a fourth round of national elections in just over a year.

In so doing, Gantz and Netanyahu pledged to move ahead with the West Bank's annexation beginning July 1, with plans to seize the Jordan Valley and Israeli settlements built in the Palestinian territory that are illegal under international law.

Palestinian officials have threatened to cancel bilateral agreements with Israel should it move forward with annexation.

READ: Israel's new government is being lauded despite Apartheid and annexation

"We won't sit with our hands crossed and do nothing if Israel declares annexation, and if that happens, we will consider the agreements forged between the Palestinians, Israel and the United States to be null and void," Palestinian President Mahmoud Abbas warned, according to Israeli news outlet Haaretz.

US Secretary of State Mike Pompeo, a staunch backer of the Israeli government, lent his implicit support to the plan, telling reporters Wednesday "as for the annexation in the West Bank, the Israelis will ultimately make those decisions."

"That's an Israeli decision, and we will work closely with them to share with them our views of this in a private setting," he said.

Mladenov said if Israel moves forward with annexation it "will only lead to more conflict and suffering."

"However, there is a different path— one of working together to modernize and expand existing agreements, of solidifying the current relative calm in Gaza," he said.