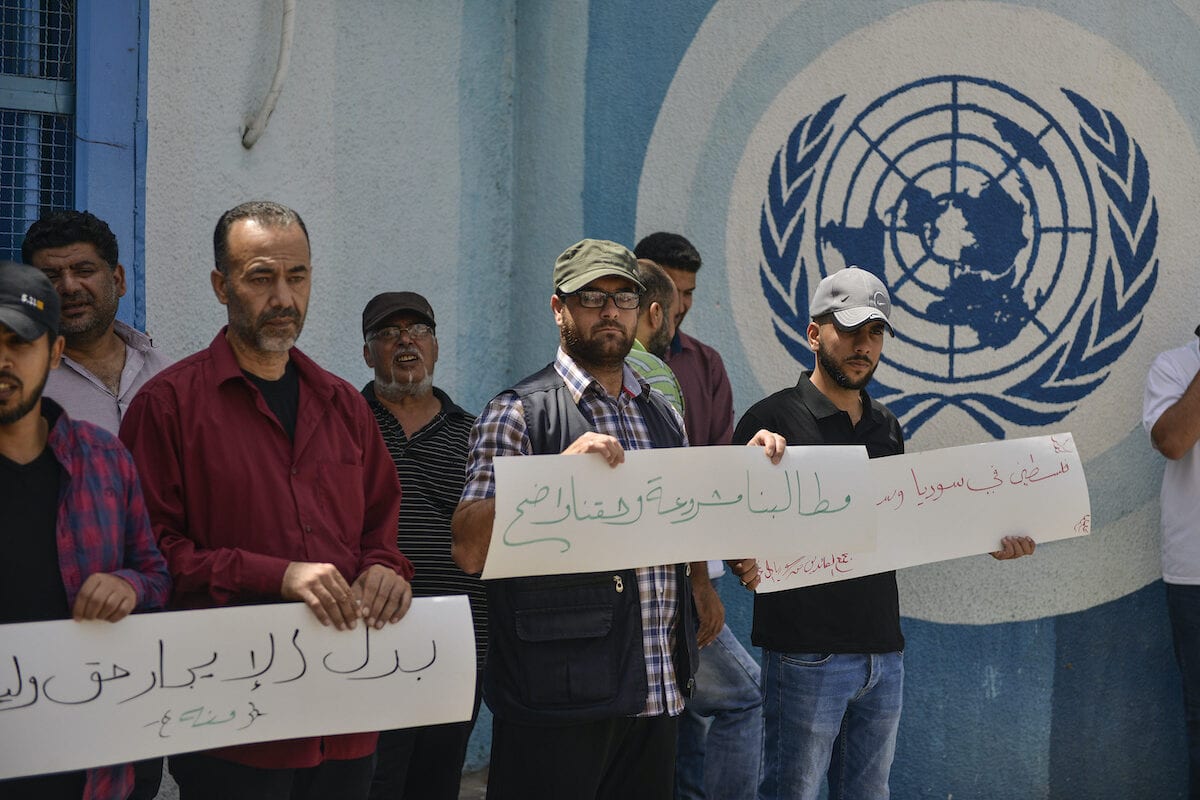 Palestinian and Syrian refugees gather for a demonstration to demand reimbursement of their home rental costs from UNRWA in front of the branch of the United Nations Relief and Works Agency for Palestine Refugees in the Near East (UNRWA), in Gaza City, Gaza on 21 June 2020. [Mustafa Hassona - Anadolu Agency]
June 22, 2020 at 12:29 pm

About 160 families of Palestine refugees who were forced to leave their homes in Syria and flee to Gaza, yesterday organised a sit-in in front of UNRWA's headquarters calling on the refugee agency to pay rent for their homes, Anadolu reported.

Holding placards that read: "Money for rent is a right, not a favour. UNRWA, save our children," the said they were facing financial hardships and risked being made homeless once again.

Ziyad Musabbeh, head of the Community of Palestine Refugees from Syria in Gaza, said: "Many of the refugees were sent to prison due to accumulated debts. Their children were prevented from schools and universities due to inability to pay tuition fees. Some of them suffered from chronic diseases due to stress."

UNRWA has said that up to 1,000 Palestine refugees had fled the violence in Syria to look for refuge in the Gaza Strip.

The Palestine refugee agency paid their rent from 2013 to 2018, when it declared that it is suffering from a massive financial crisis.