Libya minister: We want peace for Egypt but we will defend ourselves against it 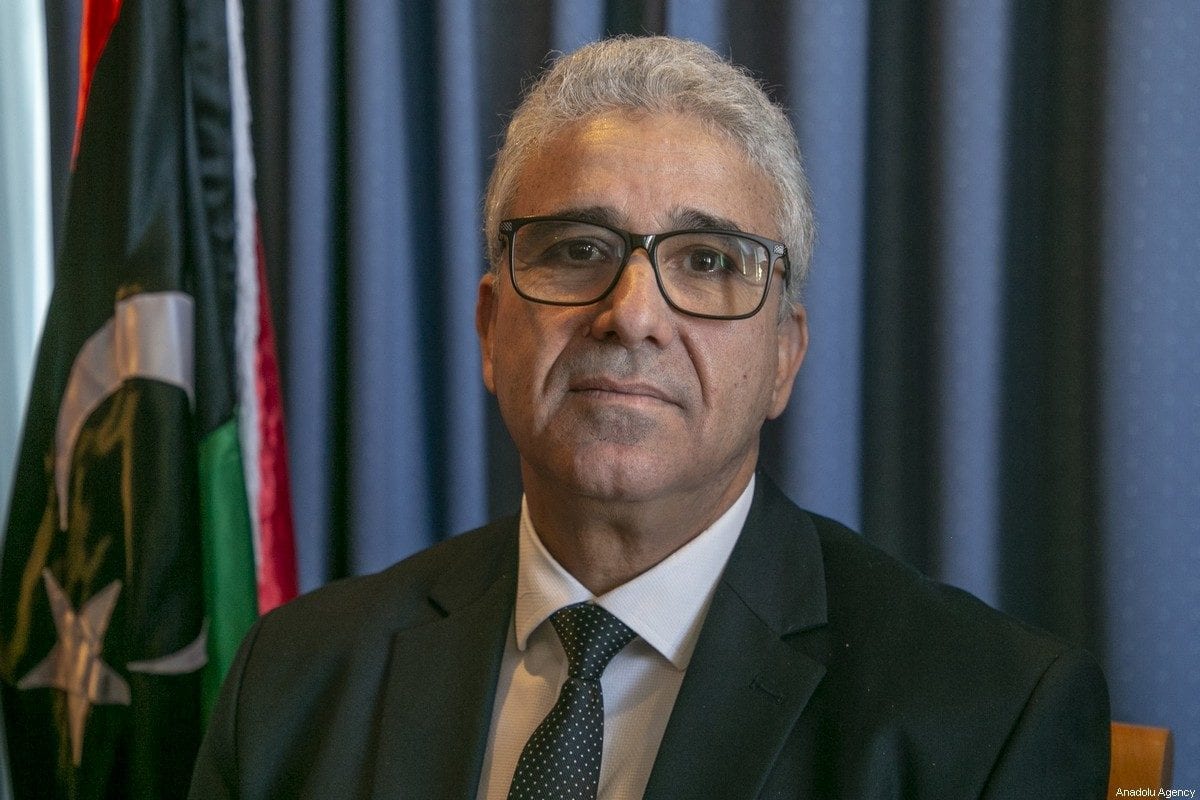 Interior minister in Libya’s Government of National Accord (GNA) Fathi Bashagha speaks during a press conference in Tunis, Tunisia on December 26, 2019. [Yassıne Gaıdı - Anadolu Agency]
June 23, 2020 at 11:25 am

Libyans will not accept threats being made against Egypt, the country's interior minister said on Sunday, but they will also not allow threats to be made against their safety, he added.

In a tweet in response to comments made by Egyptian President Abdel Fattah Al-Sisi who warned that the coastal Libyan city of Sirte is a "red line" for Cairo and if the Libyan government's forced advanced to it, it would provoke "direct intervention" from Cairo, Fathi Bashagha said: "Red lines are paved with Libyans' blood."

Egypt's leadership "forgot that the Libyan people share with Egypt their history, belief, and destiny. Libyans do not accept harm to Egypt's security, nor do they accept threats," Bashagha wrote.

Libyans, he continued, want peace for those who want peace, but they are also ready to fight to defend themselves. Over the past few weeks, Libya's internationally recognised Government of National Accord (GNA), which is backed by Turkey, has achieved major military successes pushing back the forces of renegade General Khalifa Haftar, who is backed by Al-Sisi.

The GNA restored its control over Tripoli's airport and major oil fields a year after Haftar launched a campaign to capture them.

READ: Egypt's Sisi orders army to be ready for missions abroad amid tensions over Libya