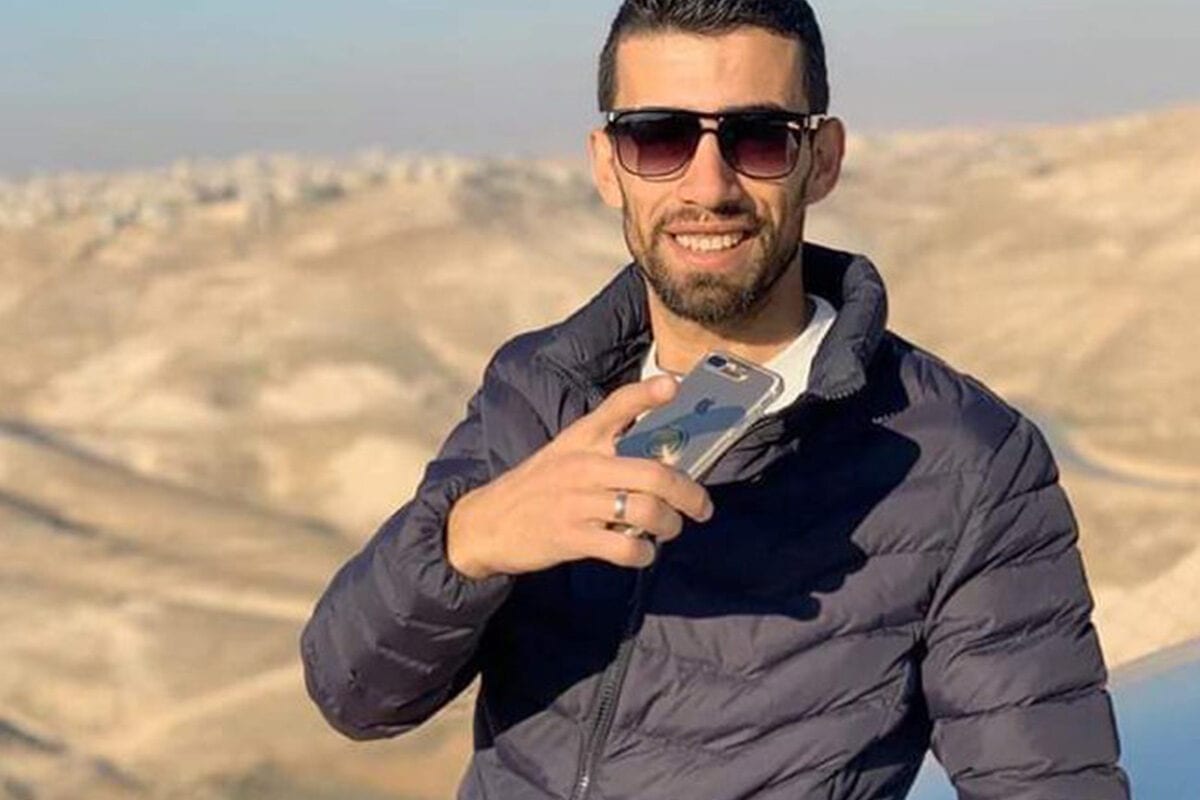 Ahmed Erekat, a 27 year old Palestinian man was killed by Israeli soldiers near a checkpoint in Abu Dis [Twitter]

Ahmed Erekat was not the first Palestinian to be killed by the Israeli occupation forces in cold blood, nor will he be the last to be killed "because he tried to attack" them. The young man was shot dead as he helped his sister with her wedding preparations. Instead of the bride rejoicing, the Zionists turned her wedding into a funeral for the entire Erekat family, and all Palestinians.

Heinous crimes like this are committed on a regular basis, and the Israelis and their supporters try to justify them on every occasion. They tell their pre-packaged "self-defence" claims to the world; defend their presence on occupied land and claim to be fighting against anti-Semitic terrorists who deny the Jewish people a homeland in Israel. They kill and displace the indigenous people and then justify their despicable criminal acts without batting an eyelid. Amazingly, the world not only believes them but also sympathises with them, as if they are the victims instead of the people they are killing and displacing. It is a cowardly world that sees with only one eye; a world without a conscience that supports the criminals at the expense of the victims. The Zionists are skilled at lying and deceiving the people; it has become a key part of the Zionists' code of conduct. Their occupation itself is based upon the lie that Palestine was "a land without a people for a people without a land".

Oh, and that it was promised to them by a God which most Israelis no longer apparently believe in. A poll reported by Haaretz claimed in 2018 that "only 30 per cent of Israelis say they are religious". Nevertheless, that doesn't stop Zionists in Israel from quoting rabbis who incite against the Palestinians, who are referred to as "gentiles". Rabbi Ovadia Yosef, who died in 2013, was a "revered halachic scholar," reported the Times of Israel, who was "also known for some problematic statements about Jews, Arabs, Americans and others." On making peace with Arabs he said in August 2000, "How can you make peace with a snake?" The purpose of "Goyim [gentiles]," he said in 2010, "…is to serve us. Without that, they have no place — only to serve the People of Israel."

While the Zionists view the land of Palestine from a paradoxically religious yet not religious perspective, we find the puppet Palestinian Authority of Mahmoud Abbas and his pro-Oslo gang, which was created solely to protect Israel and its occupation, pursuing and arresting every Palestinian who views the issue from an Islamic perspective. The PA is hostile towards the Islamic Resistance Movement — Hamas — in Gaza and incites the world against it. The PA even informs the occupation authorities about Hamas resistance efforts and members, and arrests them. The split between Hamas and Fatah, which controls the PA, tears the social fabric apart, spreading hatred and animosity.

While the PA dotes on the Palestinians in the West Bank, it deprives those in the Gaza Strip of their most basic human rights, such as access to education, health, electricity, water and more. It also deprives Gaza of the tax revenues and aid donated by friendly states. Abbas, whose term of office actually expired in 2009, has been playing a dirty role in the Israeli-led siege imposed on Gaza since 2006, when Hamas defeated Fatah in free and fair elections. Difficult as it is to comprehend, the Zionists advise their agent Abbas not to intensify the siege on Gaza in such a severe way that the situation explodes and turns against them.

Having betrayed his homeland and the Palestinian people, this traitor and his treacherous posse have destroyed the spirit of collective action and cooperation against the Israeli occupation, as was once the norm. They have replaced the trust and confidence that once spread between all Palestinians with mutual suspicion. They have even destroyed the morality of the people. 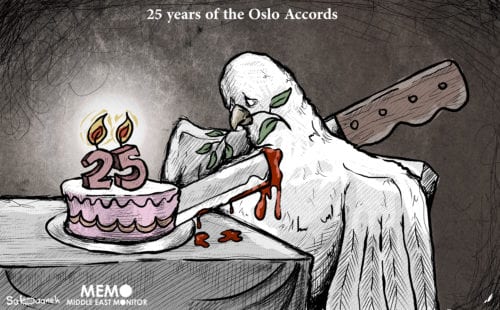 The PA under Abbas has not been content with what he calls "sacred" security coordination with Israel, but has also stripped the West Bank of its ability to resist the occupation. It knows that its existence is linked to the continuation of the occupation, so much so that if the Israelis decided to end it, the treacherous PA would probably beg them to stay. The authority is actually an integral part of the occupation which suppressed protests against Donald Trump's recognition of Jerusalem as the capital of Israel and the decision to annex the West Bank through the so-called deal of the century.

However, although there has not been any tangible reaction from the Palestinians on the ground thanks largely to the PA's collaboration with Israel, the flame of resistance is still burning in the hearts of the Palestinians. Neither Abbas nor can anyone else extinguish it. The day will come when the flames will burn the Oslo Accords and eliminate the delusional, invalid and colluding PA, and turn against the usurper occupier so that the land of Palestine will be returned to its rightful owners, the Palestinians.

Such is the collusion of the Palestinian Authority with the Zionist entity that Mahmoud Abbas and his Oslo people have to accept that the extrajudicial execution of Ahmed Erekat was carried out safe in the knowledge that they would not do anything other than pay lip-service to condemnation and condolences. For that reason alone, it is hard to conclude anything except that the killing was carried out with their blessing.

OPINION: Israel's military checkpoints are places made for its colonial violence