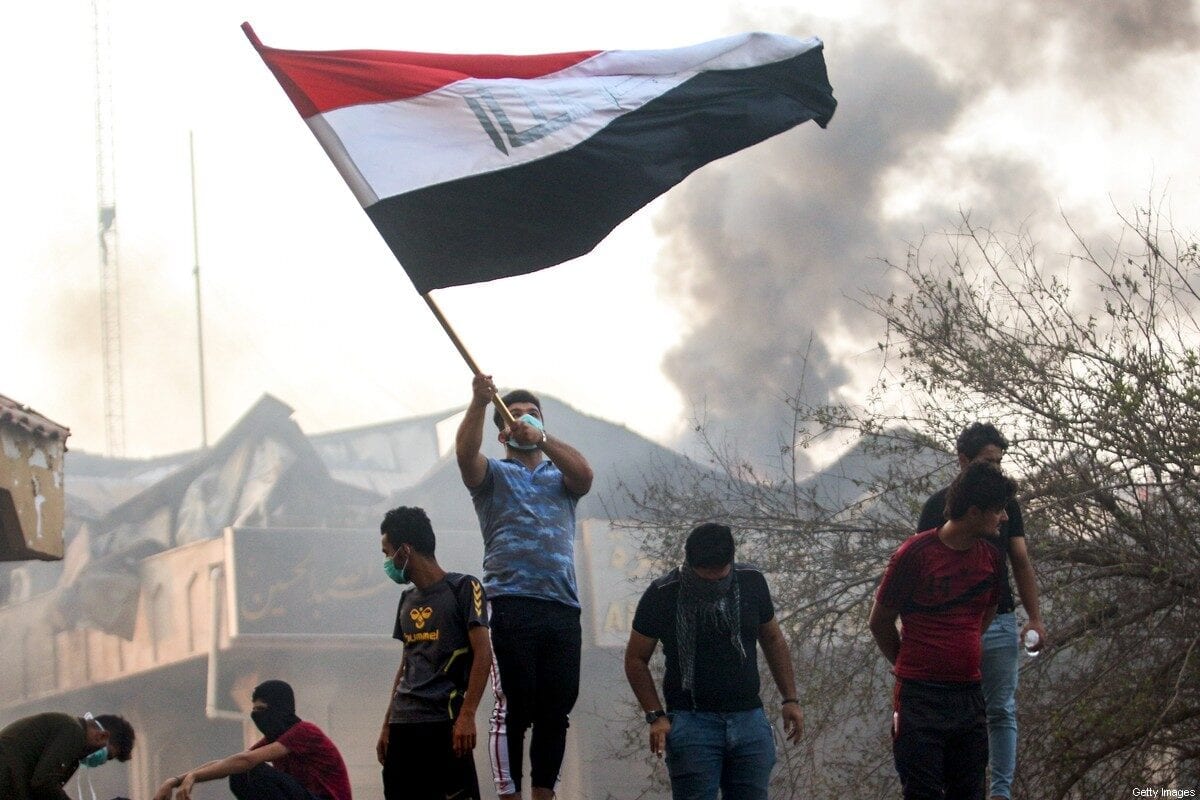 An Iraqi protester waves a national flag while demonstrating outside the burnt-down local government headquarters in Iraq on 7 September 2018 [HAIDAR MOHAMMED ALI/AFP/Getty Images]
July 30, 2020 at 8:17 pm

The Iraqi government on Thursday said that 560 people were killed in the mass popular protests across the country against the former government led by Adel Abdul-Mahdi, Anadolu Agency reports.

"The tally of martyrs since the outbreak of the protests in October has reached almost 560 including civilians and military personnel…The demonstrations were accompanied by unjustified violence against the demonstrators," said Hisham Dawood, the advisor to the Iraqi Prime Minister Mustafa al-Kadhimi, in a news conference.

Dawood said that the Iraqi government has formed a fact-finding committee to reveal the perpetrators and those involved in violence against the demonstrators.

The advisor, however, did not refer to the number of injured people during the demonstrations.

Iraq has been roiled by mass protests since early October because of poor living conditions and corruption, forcing Prime Minister Adil Abdul-Mahdi to resign.

Despite the fall of Abdul-Mahdi government, Iraq still witnesses from time to time mass protests to pressure on the al-Kadhimi government to abide by its commitments represented in enhancing public services, ending corruption and prosecuting the involved in killing demonstrators.