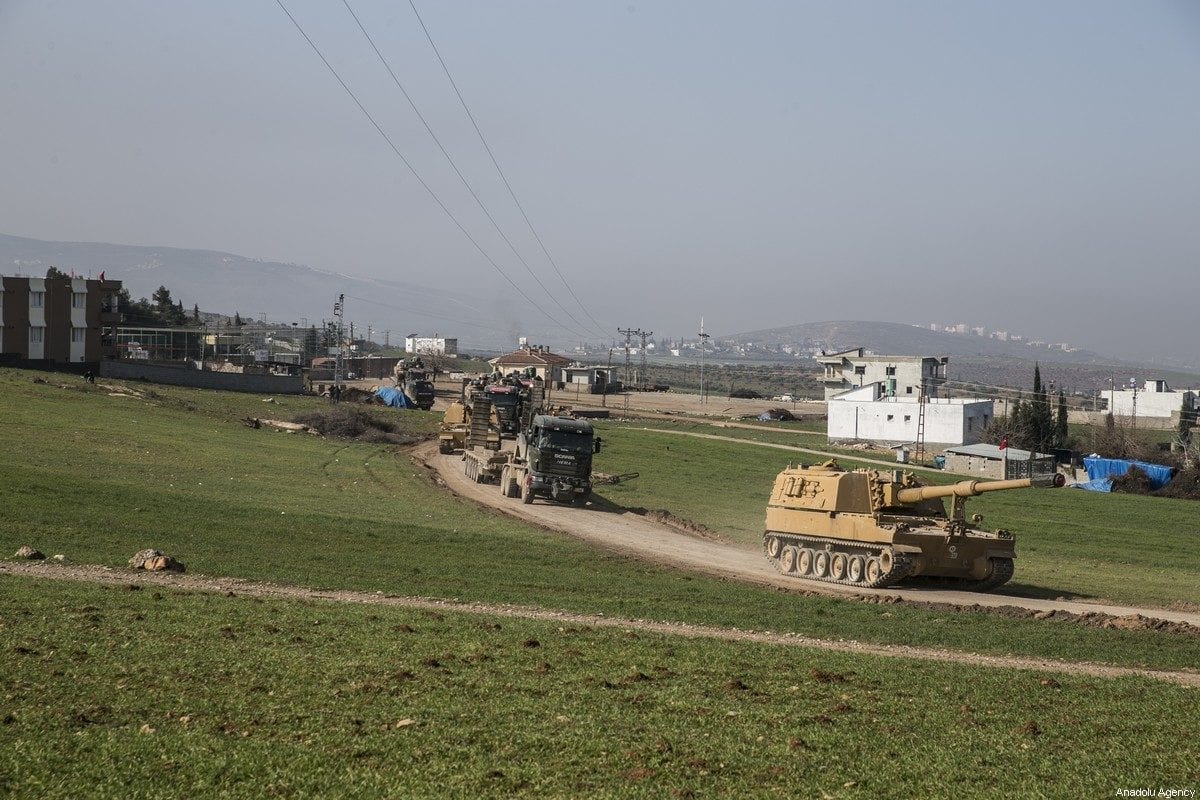 Total of 150 military vehicles of Turkish Armed Forces' are being deployed to Syria border as reinforcements, including howitzers, tanks, ammunition, armored construction machines and other military vehicles, on 17 February 2020 as they pass through Reyhanli district of Turkey's Hatay. [Cem Genco - Anadolu Agency]
August 20, 2020 at 1:00 am

Turkey has sent military reinforcements into the Idlib governorate in northern Syria, following escalation by the Syrian regime of President Bashar Al-Assad and Russia in the region.

According to media reports, the Turkish army reinforcements entered through the Kafrlossin border crossing, north of Idlib, and included tanks and heavy artillery in addition to various military vehicles.

The reports stated that six convoys headed towards the Turkish observation points deployed in the Idlib countryside, coinciding with the renewed Russian airstrikes in the area.

Turkish media outlets have documented the entry of 23 Turkish convoys into northern Syria since the beginning of this month, comprising a large number of heavy military vehicles, tanks, armoured vehicles, ammunition trucks and logistical equipment.

On Tuesday, Russian warplanes carried out more than 16 raids in the Idlib countryside, hours after a failed infiltration attempt by the Syrian regime's forces into the region.