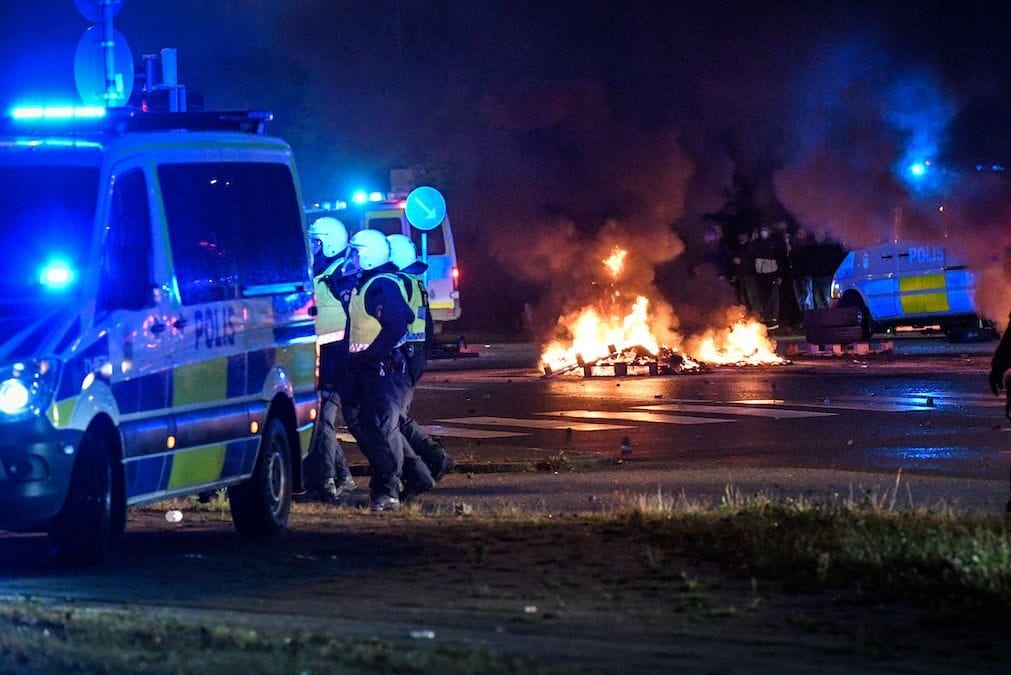 Riot police officers secure the area as smoke billows from burning tyres, pallets and fireworks as a few hundred protesters riot in the Rosengard neighbourhood of Malmo, Sweden, on 28 August 2020. [TT News Agency/AFP via Getty Images]
August 30, 2020 at 4:00 pm

The Organization of Islamic Cooperation (OIC) on Sunday condemned the burning of a copy of the Muslim holy book Quran in the southern Sweden city of Malmo, Anadolu reports.

In a statement, the Jeddah-based bloc described the burning as an "act of incitement and provocation" and "contradicts with global efforts to combat extremism and incitement to hatred based on religion and faith".

A copy of the Quran was burned by supporters of racist Danish leader Rasmus Paludan, the leader of the anti-Islamic group Tight Direction (Stram Kurs), in Malmo on Friday.

Meanwhile, the OIC Islamophobia Observatory, a body that monitors Islamophobic incidents across the world, welcomed the measures taken by the Swedish authorities against those who burned the Muslim holy book.

In a statement, the Observatory called on the Muslim community in Sweden "to exercise restraint and avoid violence".