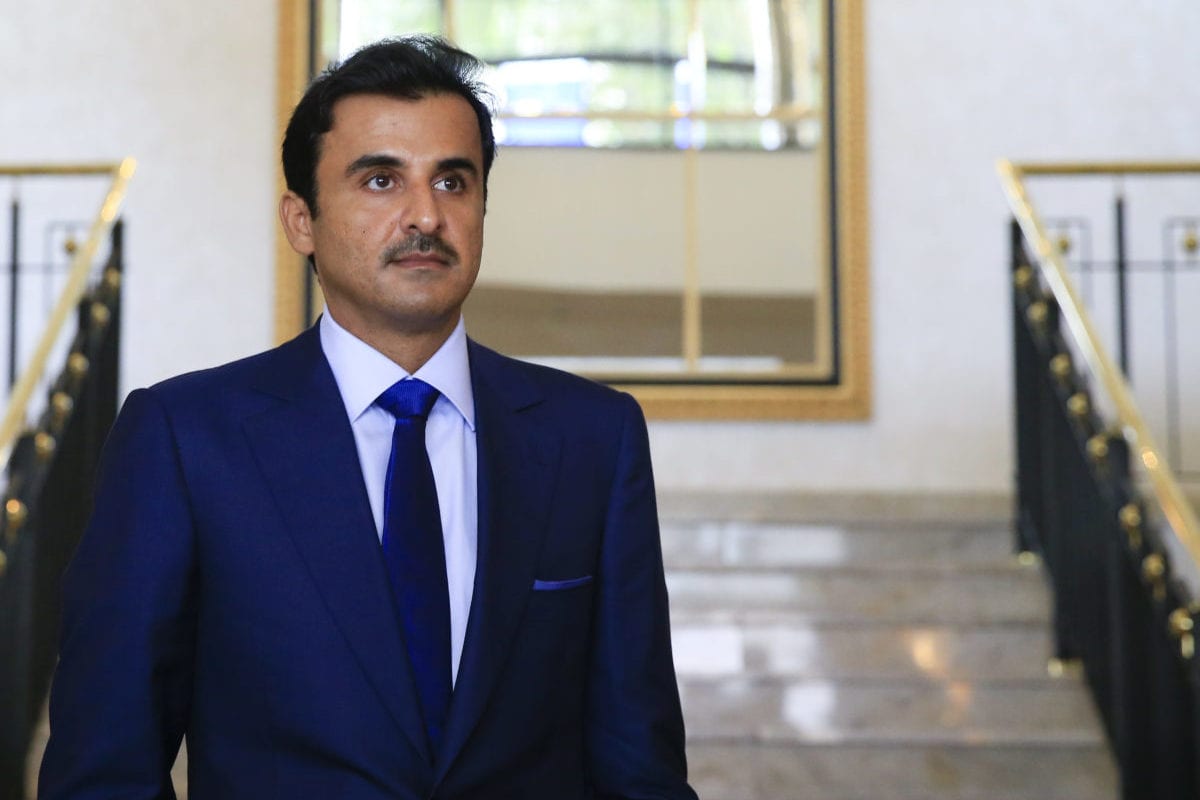 Qatar's Emir Sheikh Tamim Bin Hamad Al Thani has reaffirmed his commitment to a two-state solution for the Israeli-Palestinian conflict in a meeting yesterday with senior adviser to the White House, Jared Kushner, Reuters reports.

Kushner, who is son-in-law of US President Donald Trump, is touring the Gulf states to gather support for last month's normalisation of ties between the United Arab Emirates and Israel.

The White House adviser yesterday met with the Qatari emir after brief visits to Bahrain, Saudi Arabia and the UAE earlier this week.

During yesterday's meeting, Sheikh Tamim reportedly impressed upon Kushner Qatari support for a two-state solution, with East Jerusalem as the Palestinian capital.

Sheikh Tamim later called for a "just settlement" to the decades old conflict, according to a report by the country's official news agency and confirmed his commitment to the 2002 Arab Peace Initiative.

Under the 2002 agreement, Arab nations have offered to normalise ties with Israel provided the self-declared Jewish state withdraws from territory captured during the Six-Day War in 1967 and allows the creation of a Palestinian state.

Sheikh Tamim and Kushner also discussed "the close strategic relations between the two countries, and a number of issues of common concern", according to a report by the Qatar News Agency.

Despite Kushner's tour, however, Arab leaders have been quick to deny claims they will normalise ties with Israel.

Kushner's meeting with Saudi Crown Prince Mohammed Bin Salman, however, centred on the need for Palestinians and Israelis to resume negotiations to formulate a lasting peace, rather than the normalisation of ties between Riyadh and Tel Aviv, according to the Saudi Press Agency.

The White House adviser, however, has claimed the next normalisation of ties between an Arab state and Israel could be agreed soon, telling the UAE state news agency WAM: "Let's hope it's in months."

The UAE-Israel normalisation treaty, known as the Abraham Accord, was unveiled by Trump on 13 August and received immediate widespread condemnation from Arab states.

UAE officials have tried to justify normalisation by claiming the agreement was intended to prevent Israeli annexation of parts of the occupied West Bank.

Israeli Prime Minister Benyamin Netanyahu however, denied annexation was off the table, saying instead that plans had merely been postponed.