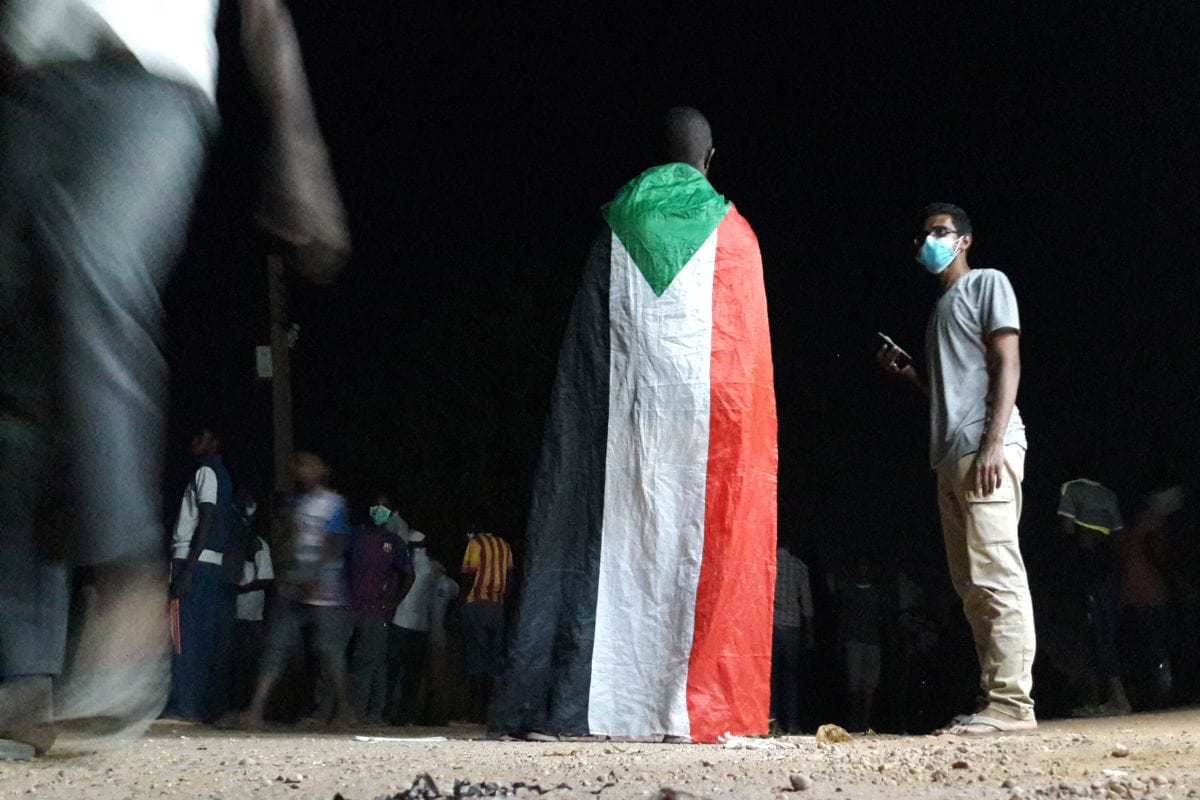 A Sudanese demonstrator wears the national flag during an anti-government protest in Khartoum, Sudan on 22 January 2019 [STRINGER/AFP/Getty Images]
September 12, 2020 at 12:35 pm

Demonstrations were renewed in the Sudanese capital of Khartoum for the eighth consecutive Friday, denouncing the new amendments made by the government which have been described as "affecting Islamic core values" and in protest against the deteriorating economic conditions.

The State of Law and Development party headed by Mohamed Ali Al-Jazouli posted video clips of the protests on its official Facebook page.

On 9 July, the Sudanese government approved constitutional amendments to: "Criminalise female circumcision, abolish the penalty for apostasy, allow non-Muslims to consume alcohol and allow women to take their children outside the country without consulting their husbands."

The amendments sparked widespread controversy, especially among the Islamic political forces and movements in the country, describing them as: "Violating Sharia law and affecting Islamic traditions."

UN: More than half a million people affected by Sudan floods

The demonstrators also chanted hostile slogans against Prime Minister Abdallah Hamdok, protesting against the transitional government's inability to meet the aspirations of the Sudanese people, particularly regarding economic conditions.

On Thursday, Sudan declared an economic emergency, against the backdrop of a sharp decline of the Sudanese pound over the past week, and the enactment of deterrent laws for manipulators of the exchange markets.

Sudan suffers from renewed crises regarding bread, flour, fuel and cooking gas, as a result of the rise in the price of the dollar against the pound in the parallel markets.

The economic crisis caused a large number of citizens to queue in front of bakeries and fuel stations, due scarcity and unavailability.