UN: More than half a million people affected by Sudan floods 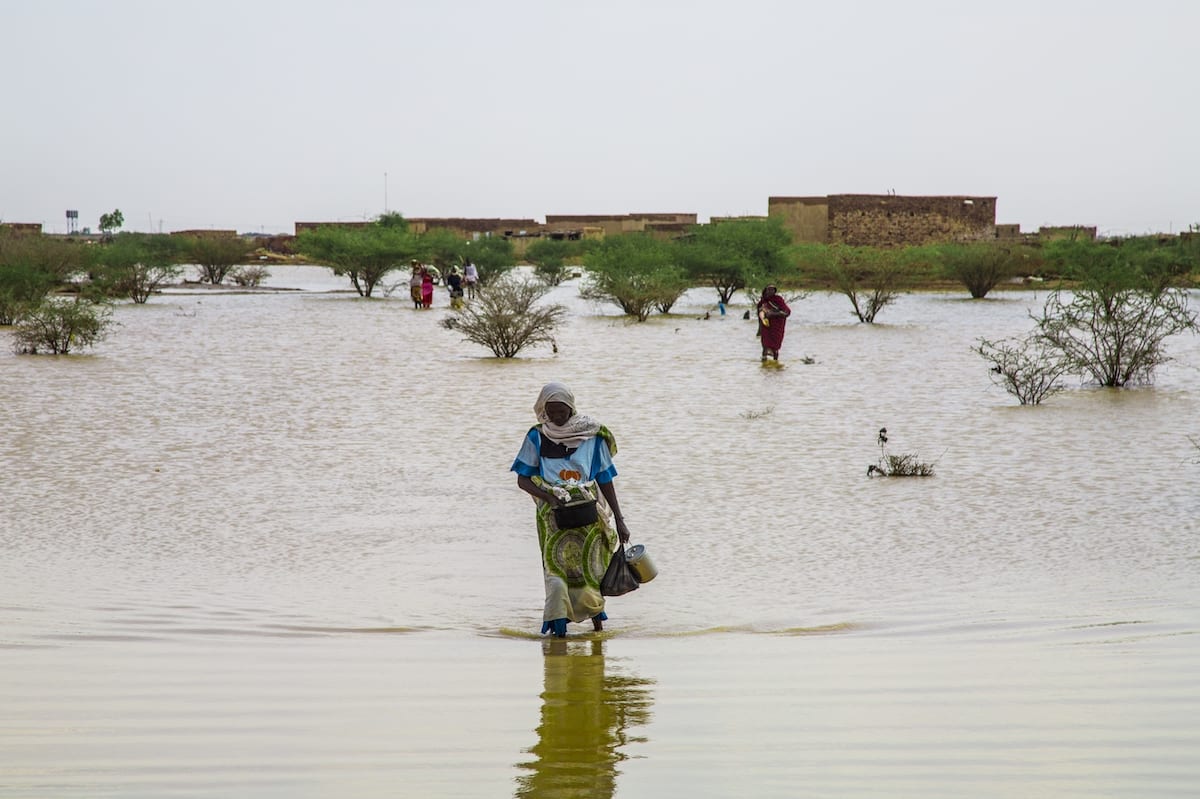 A woman wades through a submerged field after floods, brought by the strong rain, took place in Khartoum, Sudan 3 August 2020 [Mahmoud Hjaj/Anadolu Agency]
September 12, 2020 at 11:05 am

The floods in Sudan have killed 102 people, injured 46 more and affected over 550,000 people in 17 of the country's 18 states, the United Nations Office for the Coordination of Humanitarian Affairs (OCHA) has reported.

"More than half a million people are affected by the floods in Sudan – the highest number of flood-affected people reported in the country in more than two decades," OCHA indicated.

It added: "Some 102 people have died and 46 others have been injured, according to the latest figures from the government of Sudan. Thus far, 17 of Sudan's 18 states are affected. Khartoum State is the worst affected, with more than 100,000 people in need of assistance."

The UN organisation continued: "More than 500 square kilometres of land flooded in Khartoum, Al Gezira and White Nile States, and more than 100,000 homes have been destroyed or damaged."

READ: Over 100 people killed by floods in Sudan

It warned that: "The situation could deteriorate over the coming days, with heavy rains forecast in Ethiopia and in several parts of Sudan. The rains are likely to increase water levels in the Blue Nile River, which are at the highest they have been in 100 years."

The Sudanese government has declared a three-month national state of emergency to boost response efforts, stating that the government, UN agencies, NGOs and the Sudanese military are assisting thousands of people in affected areas.

According to OCHA: "There are significant gaps in supplies of shelter, health and water and sanitation hygiene materials."

"Drainage systems are unreliable as water is stagnant, and access to clean drinking water and sanitation systems has been severely affected," reported the World Health Organisation (WHO) on the situation in Sudan.

"Supplies have been delivered to ensure water quality and infection prevention and control measures are in place in affected areas, as well as supplies to prevent the spread of vector-borne diseases such as dengue, chikungunya, and malaria," added the WHO.