Netanyahu: Peace with Arabs to pump millions into Israel's treasury 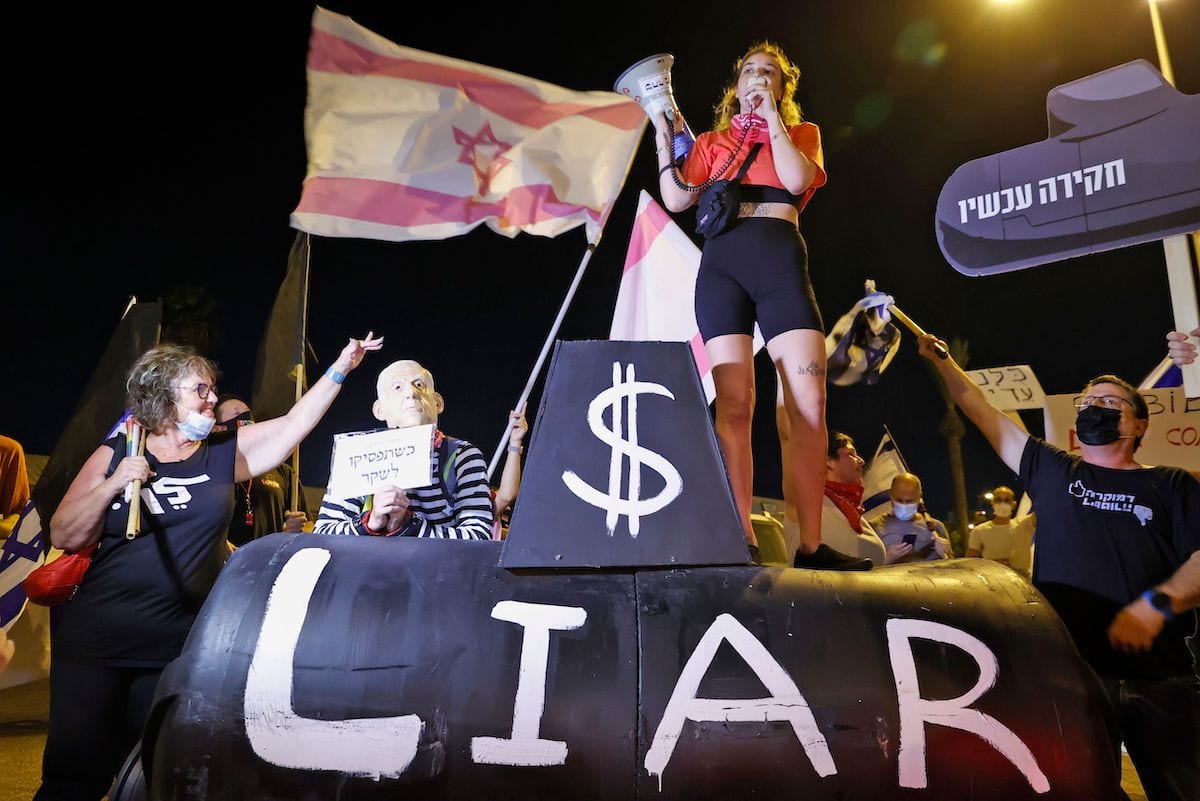 An Israeli protester takes part in an anti-government demonstration outside the Ben Gurion Airport near Tel Aviv on 13 September 2020, demanding the resignation of Prime Minister Benjamin Netanyahu over several corruption indictments and his handling of the coronavirus crisis, as he prepares to travel to the US. [JACK GUEZ/AFP via Getty Images]
September 15, 2020 at 9:38 am

Prior to leaving for Washington to sign and celebrate the two peace deals with the two Gulf states, Netanyahu addressed Israelis saying that it is a "historic" trip.

"Two peace deals in one month," the Times of Israel reported him saying.

"The deals will pump millions into the Israeli economy," he added according to the same newspaper.

"That's always good, but it's particularly good during the coronavirus," he concluded.

The UAE and Bahrain reached deals to normalise relations with the occupation state and officials from the two Arab countries are to attend an official ceremony at the White House to sign and celebrate the deals in the presence of Israeli officials.

READ: Netanyahu 'fabricated' video to influence US policy on Palestine