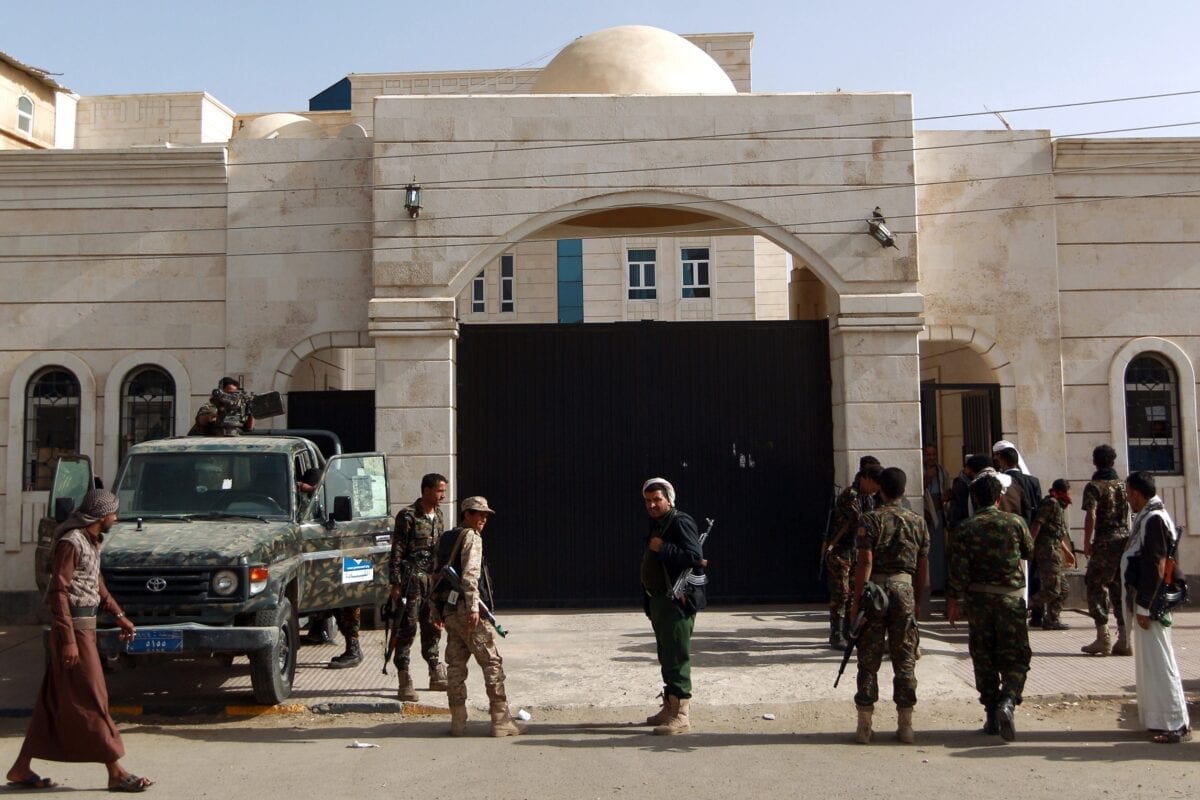 Yemeni security member stand guard outside a court d in the Yemeni capital Sanaa on January 13 , 2015 [MOHAMMED HUWAIS/AFP via Getty Images]
October 2, 2020 at 3:40 am

A Yemeni court has issued death sentences against ten defendants in the case of the Arab coalition's bombing of the Dahyan student bus, including the Saudi monarch and his crown prince, as well as the US and Yemeni presidents.

The Houthi-owned Yemen News Agency (SABA) reported on Wednesday that the Specialised Criminal Court in Saada held a session headed by Judge Riyad Al-Razami, to deliberate on the case of the Saudi-led coalition's attack on a bus full of young boys in Dahyan in the Majz district.

The news agency indicated that the defendants are also required to pay a $10 billion fine to the victims' families.

The news agency reported that: "The prosecution has registered its partial appeal to the fifth paragraph of the verdict, regarding the right of those included in the indictment. Thus, the court has not decided on it yet. Private prosecution attorney, Hamdan Shani, joined his appeal to the prosecution's appeal, while the defence attorney, Abdel Wahab Al-Fadhli, reserved the right to appeal on behalf of the defendants."