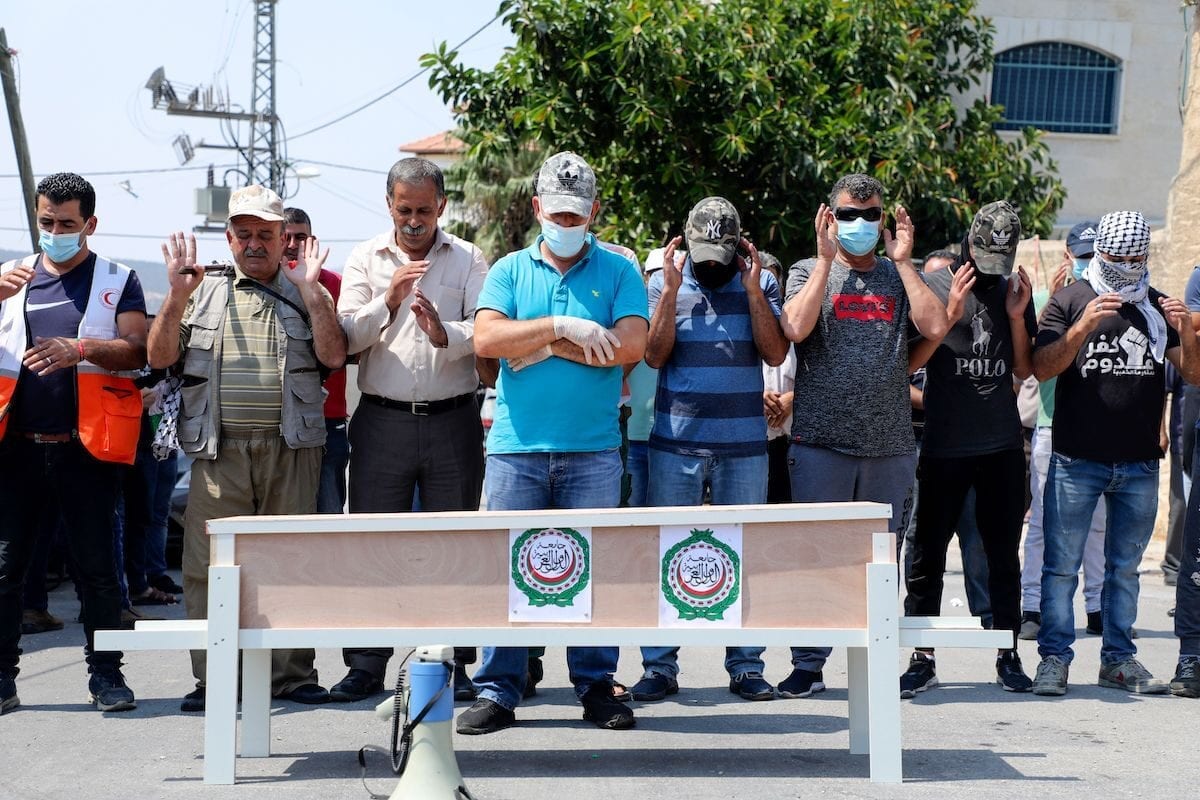 Palestinians pray next to a mock coffin, representing the Arab League, during a protest against the normalisation of ties between the Jewish state and the UAE, in the village of Kfar Qaddum in the Israeli-occupied West Bank, on 11 September 2020. [JAAFAR ASHTIYEH/AFP via Getty Images]
October 8, 2020 at 10:25 am

Libya yesterday said it would not take over the presidency of the Arab League's current session.

In an official statement by Foreign Ministry spokesperson, Mohammed Al-Qiblawi, the Libyan representative to the AL, Saleh Al-Shammakhi, apologised on behalf of his government to the league's general secretariat.

"Libya is looking forward to presiding over the league in better conditions," the statement read, adding that the African country was adhering to its "right to the presidency in accordance with the rules of procedure and in the order in force."

Libya's election for the AL's 154 session came according to the alphabetical order of the names of the council member states. Its rejection comes after Palestine, Qatar, Comoros, Lebanon and Kuwait refused to take on the role.

On 22 Septmeber, the Palestinian Minister of Foreign Affairs, Riyad Al-Maliki, announced that his country would relinquish its right to hold the league's rotating presidency in response to the council's secretariat and secretary-general's support for the UAE and Bahrain's normalisation agreements with the occupation state of Israel. Qatar followed suit, but said it would adhere to its right to hold the league's next 155th presidency.

READ: Generation after generation, they will keep our dream alive