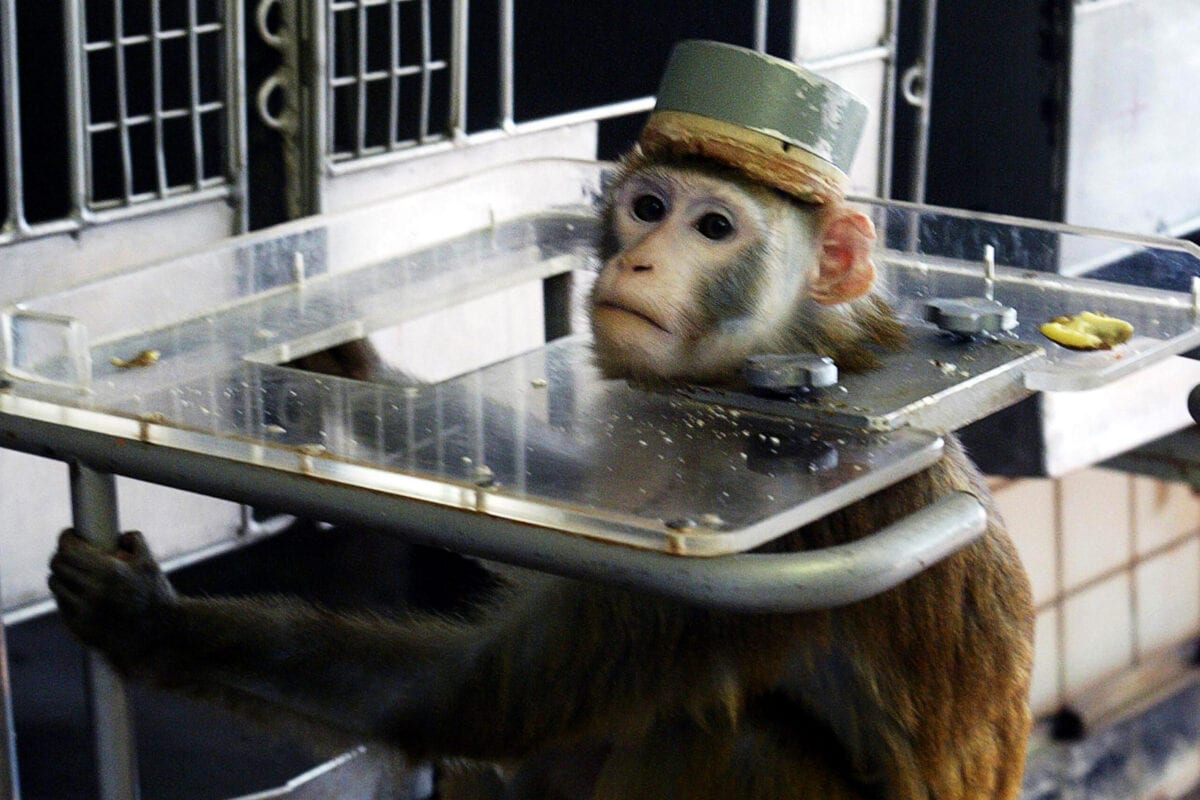 A monkey wearing a metal cap to cover the electrodes in its head is held in metal braces during testing at the Medical and Biological Problems Laboratory on April 15, 2003 in outside Moscow, Russia [Dmitry Korotayev/Epsilon/Getty Images]
October 13, 2020 at 10:30 am

Iranian health minister yesterday announced that a coronavirus vaccine was tested successfully on monkeys, adding that it would undergo human tests "in the next couple of weeks".

"All activities carried out by Iran in producing the vaccine conform to the  international standards and protocols for the World Health Organisation, as well as the country's and Food and Drug Administration," Saeed Namaki said during the 67th virtual session of the WHO's Regional Committee for the Eastern Mediterranean.

Namaki added that testing the vaccine on monkeys had  shown "good results."

Iran: Face masks must be worn in public in Tehran

On Monday, the Iranian Health Ministry reported 4,206 new cases, marking a total 504,281 across the country. It added that 272 people died of the virus, raising the total number of fatalities to 28,816.

The ministry pointed out that the number of recoveries had risen to 409,121, but noted that 4,533 others were in intensive care.

"26 provinces are in red health status, including Tehran, Isfahan, Qom," the ministry explained, noting that another four regions were "on alert due to highinfection rates."