Has Fatah betrayed the Palestinian revolution? 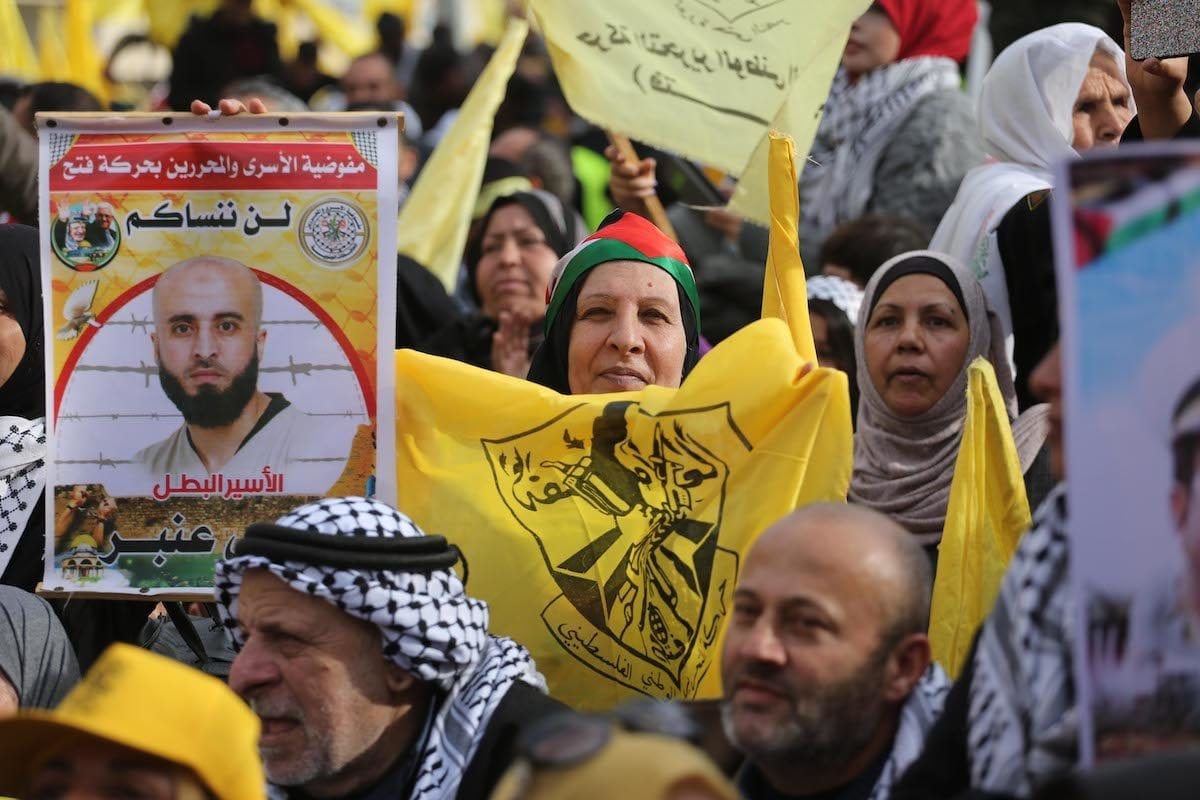 When it was launched on 1 January 1965, the Palestine National Liberation Movement, Fatah, declared that it intended to fight the Israeli occupation until the liberation of the last piece of Palestine's soil. According to a study by Dr Mohsen Saleh, most of the movement's founders were members of the Muslim Brotherhood, but they decided to identify Fatah as a secular movement in order to avoid the complications of the Brotherhood's relations with Arab governments.

Fatah's leadership succeeded in mobilising support for the Palestinian revolution against the Israeli occupation. Training camps were established by revolutionaries around the world, mainly in the then communist countries.

Fatah also made its way into the hearts of the Arab regimes, including those in Egypt, Syria and Jordan, and forged good relations with revolutionary forces in non-Arab countries such as Vietnam, which dispatched senior officials to Fatah training camps to give advice and share their expertise.

The regimes which had suppressed the Arab revolutions against the Zionist expansion in Palestine during the time of the British Mandate sought to domesticate the Palestine Liberation Organisation (PLO) led by Ahmed Al-Shukeiri, which stood up to fight the Israeli occupation. When their efforts failed, they did their best to domesticate Fatah. They succeeded, and thereby helped Fatah's leader Yasser Arafat to oust Al-Shukeiri and take up the leadership of the PLO, of which Fatah became the main component.

READ: Elections or a referendum?

Arab regimes supported the PLO and gradually paved the way for it to tone down its resistance against Israel and the occupation. The current Fatah, PLO and Palestinian Authority leader Mahmoud Abbas said in a documentary aired by Al Jazeera 15 years ago that Arafat ordered him to start looking for a peaceful way to solve the Israeli-Palestinian struggle. That was the first step of the betrayal of the Palestinian revolution.

In November 1974, Arafat and his senior military aide Hassan Salameh — "the Red Prince" —met with CIA officials and agreed to tone down the movement's revolutionary approach. Salameh had founded Fatah's Black September armed group that killed 11 Israeli athletes at the 1972 Munich Olympics. Caught between money and politics, though, the Palestinian revolution started to fade out. In the 1970s, Arafat went to the UN bearing an olive branch and the PLO joined the Arab League, which has never served Arab interests.

General Vo Nguyen Giap from Vietnam once visited training camps and the headquarters of the Palestinian revolutionaries. He was shocked by the privileges that the Palestinian leaders had and the opulence of their lifestyle.

The so-called Red Prince, for example, was in love with Georgina Rizk, a Lebanese model and winner of the Miss Universe contest in 1971; they married in 1977 and spent their honeymoon in Hawaii and Disneyland, Florida, on a trip that was apparently partially facilitated and funded by the CIA. Their Vietnamese visitor told the PLO and Fatah leaders that their revolution would never bear fruit because, "Revolution and wealth do not go together." It seems that he was right.

Gradually and through secret meetings, the PLO conceded a large part of historic Palestine in favour of the Israeli occupation state. In 1988, the Palestinian National Council (PNC), the PLO's parliament-in-exile, endorsed UN Resolutions 242 and 338, which recognise the right of all states in the Middle East to exist within secure borders. The PNC did not name Israel.

READ: Reconciliation really is the only option for the Palestinians

When Arafat was asked by a journalist about the shocking stance of the PLO and Fatah, his reply made it clear that quite apart from recognising Israel, he recognised it to be a Jewish state: ″This was clear in resolutions adopted in the last session of [the PNC] where we said clearly there are two states in Palestine, the Palestinian state and the Jewish state, Israel."

In 1993, the PLO agreed on a Declaration of Principles which established a timetable for the Middle East peace process and planned for an interim Palestinian government in the occupied Gaza Strip and Jericho in the occupied West Bank. The Oslo Peace Accords led to Arafat shaking hands with Israeli Prime Minister Yitzhak Rabin at the White House following dozens of secret meetings between PLO and Fatah officials and Israeli officials.

Rabin and Arafat exchanged letters of recognition, and the PLO recognised Israel's right to exist in return for Israel's recognition of the PLO as the sole representative of the Palestinian people. This meant that any Palestinian body, group or movement claiming to be struggling for the rights of the people would be illegitimate and the PLO, on behalf of Israel, would fight it through its military wing, the Oslo-created Palestinian Authority security services.

Arafat, Shimon Peres, the then Israeli Foreign Minister, and Rabin were awarded the Nobel Peace Prize in 1994. There was no peace on the ground, though, and Israel's colonial expansion continued unabated.

READ: Fatah: No agreement with Hamas on joint electoral list

Simple mathematics reveals that the PA actually only controls five per cent of historic Palestine, which is the besieged Gaza Strip and the canton-style cities and towns of the West Bank and East Jerusalem. The PA has no authority to build a seaport or an airport, or even control a border crossing. Additions to the Oslo Accords signed in 1995 restricted the PA's power over its own economy and income and entitled Israel to collect taxes on its behalf.

Fatah and the PLO did not consult the Palestinians about making peace with Israel and have always been reluctant about recognising any Palestinian faction which happens to oppose their approach to the occupation state. They acknowledge that there are strong factions on the ground aside from Fatah and other PLO-affiliated groups, but they have never agreed to partner them.

When Hamas agreed to run for the parliamentary elections in 2006 under pressure from the Arab states, and won convincingly, Fatah did not recognise its victory and refused to hand over the PA to it. When Hamas insisted on its right to run the PA, Fatah sought Israel's help in the West Bank and pushed Hamas out of the PA institutions. Hamas was left with the Gaza Strip, its main power base, but the PA led by Abbas cut the salaries of public sector employees and stopped almost all services to the coastal territory despite the strict Israel-led blockade. Abbas imposed his own additional sanctions on Gaza in 2018, making him complicit in the siege.

The Palestinians are now celebrating a positive atmosphere and the potential end of the split between Fatah and Hamas. However, there are signs that Fatah is misleading everyone. For a start, it has denied that there was an agreement in Istanbul to hold elections, as announced by a senior Hamas official. Moreover, the PA security forces — controlled by Fatah — cracked down on popular protests at three offices of the International Red Cross across the West Bank in solidarity with a Palestinian prisoner on his 81st day of a hunger strike inside an Israeli prison.

The PA Prime Minister said that he does not accept Israel's oppression of the Palestinian hunger striker, Maher Al-Akhras, but his security services crackdown violently on protests held in solidarity with him. What kind of double standards are being used here?

Fatah has not only abandoned the armed struggle against the Zionist occupation of Palestine, but it has also thrown itself into the arms of the Zionist state. Has it betrayed the revolution? How can anyone doubt it?