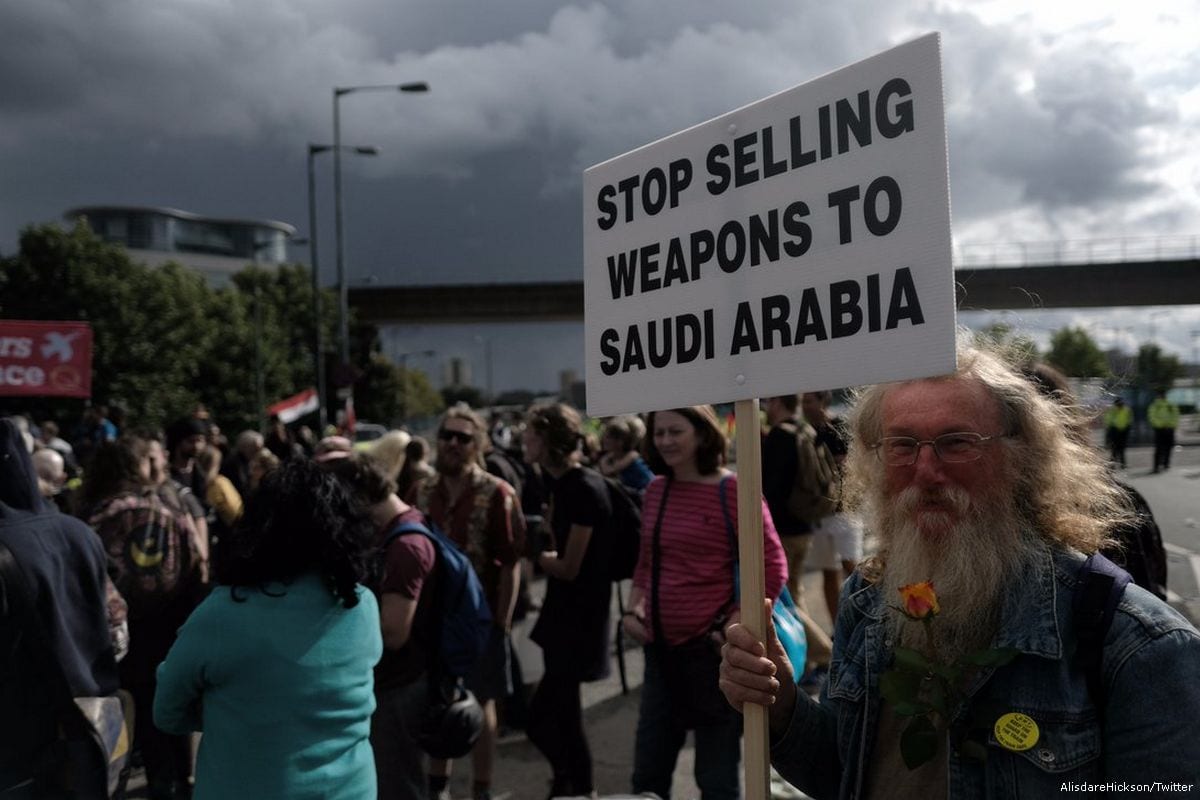 A former lawyer at Britain's Foreign Office responsible for fighting lawsuits against the British government over its arms sales to Saudi Arabia has said that she is "ashamed" of having played a role in helping the government get away with allegedly breaking the law.

"When governments consider themselves above the law, the consequences can be horrifying," said Molly Mulready in an article for the Independent detailing how she had helped "fight legal action against the government's export of arms to Saudi Arabia."

Mulready explained that she did not become a Foreign Office lawyer in order to justify this "moral depravity." Her article provided details about how the British government managed to overcome legal hurdles to continue selling arms to Riyadh.

In the five years since de facto Saudi ruler Crown Prince Mohammad Bin Salman launched a military campaign in Yemen, there have been ongoing allegations of war crimes. With Britain supplying arms to the Saudi military, many of which are said to have been used against civilians, the Conservative government has been accused of complicity in serious violations of international humanitarian law.

Legal challenges were made by human rights groups in an attempt to block arms sales to Riyadh. Despite these challenges, in 2017 a High Court judge authorised the British government to continue licensing such exports.

Speaking of her role in mounting the government's defence, Mulready said that as many as 318 cases of alleged violations of international humanitarian law — an average of just over two per week for almost three years — were recorded by December 2017. Despite these concerns, arms sales continued into 2019 when the court of appeal overturned the 2017 High Court judgement. At the time of the lawsuit, the government confirmed that there were now 516 cases on that list of violations.

In its defence, said Mulready "The British government insisted that there was definitely no clear risk that even one such incident might amount to a serious violation by the Saudi armed forces and happen again in the future. Exports resumed and are ongoing."

Commenting on her part Mulready said: "I have acute shame about my role in all of this. I did not become a lawyer in order to justify the moral depravity that is the export of arms to Saudi Arabia."

Earlier this month, a report discovered that Britain was issuing licences for arms sales to Saudi Arabia at an unprecedented rate of almost one a day, in what looked like a concerted effort to make for months of lost time.