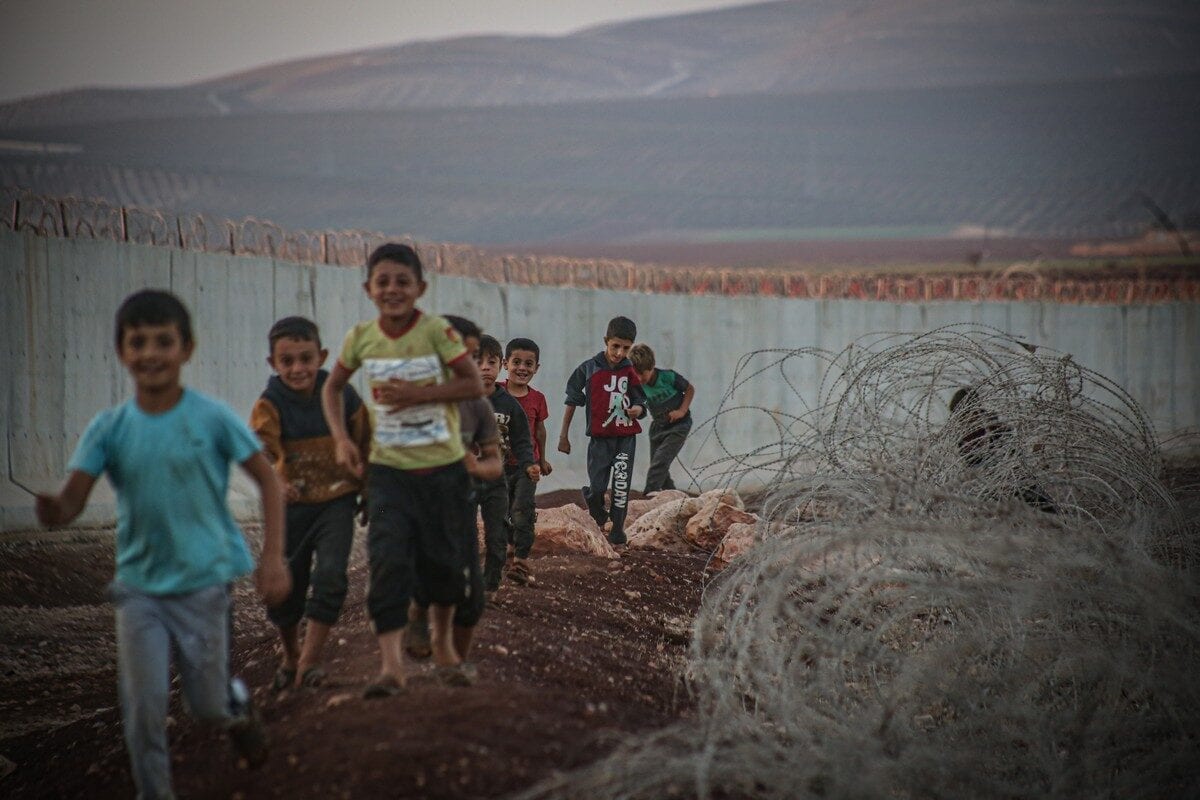 Displaced Syrians are seen near their makeshift tents at the Atme village of Idlib, Syria on October 16, 2020 [Muhammed Said - Anadolu Agency]
October 22, 2020 at 9:13 pm

Turkish aid organisations have established an orphanage in the north-west Syrian city of Idlib and named it after Mohamed Morsi, the late Egyptian president who was ousted by a coup in 2013.

The Turkish government's Disaster and Emergency Management Presidency opened the orphanage this week in Mashhad Rouhin, in collaboration with Ozgur-Deir and Fetihder Associations. It will house orphaned children and their families in the city.

Children are regarded as orphans if their father or other main breadwinner has died.

The Fetihder Association said on Tuesday that the centre includes 200 houses along with a mosque and a school. The association's head, Yilmaz Bulat, explained that the orphanage seeks to prepare Syria's orphans for the future.

The housing units have built from bricks in order to provide warm shelter for families impacted by the war, Bulat added. "The people are tired of living in camps in harsh weather conditions." Around 450 orphans and their mothers will be housed at the orphanage.

Mohamed Morsi was Egypt's first democratically-elected president in 2012. He ruled the country for just a year before he was removed by a military coup in July 2013 led by his Defence Minister, Abdel Fattah Al-Sisi, who became the country's president in 2014.

Morsi died in 2019, reportedly of a heart attack in the dock during his trial on what his supporters regard as outrageous charges. It is alleged that the Egyptian authorities deprived him of adequate and appropriate medical care during his detention.

Since the coup, the Egyptian regime has launched an unprecedented crackdown on political opponents and dissidents. This has prompted condemnation from local and international human rights organisations.