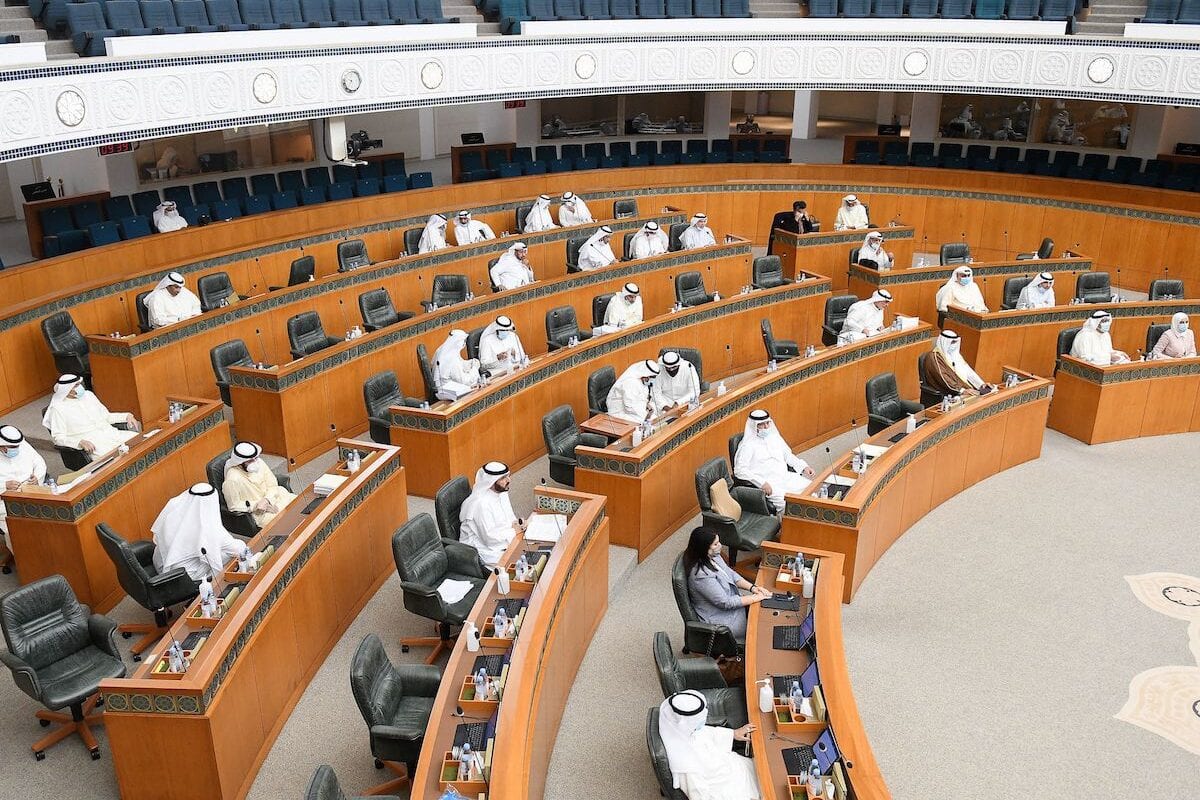 Kuwaiti MPs attend a parliament session at the national assembly in Kuwait City on 22 January 2020 [YASSER AL-ZAYYAT/AFP via Getty Images]
October 28, 2020 at 2:22 pm

Kuwait's cabinet yesterday imposed a six-month prison sentence and a 10,000 dinar ($33,000) fine for those who violate local regulations and policies of electoral rallies.

Informed sources told Al-Anba that all types of gatherings were prohibited, including electoral ones, as a precautionary measure to prevent the spread of the novel coronavirus, noting that the government was exerting its "utmost efforts to preserve the health of its citizens."

"The Kuwaiti Council of Ministers is taking into account the necessity for the candidates to adhere to the precautionary measures during the election process, while preventing any spread to the virus," the sources pointed out, stressing that the government would "implement the law to protect its citizens, especially asymptomatically infected people."

The sources noted that the penalties included a prison term if up to six months.

Emir Nawaf Al-Ahmad Al-Sabah on Monday approved a draft decree for parliamentary elections to be held on 5 December. The move came at a time when the Gulf state is facing a liquidity crisis caused by low oil prices and the coronavirus pandemic.