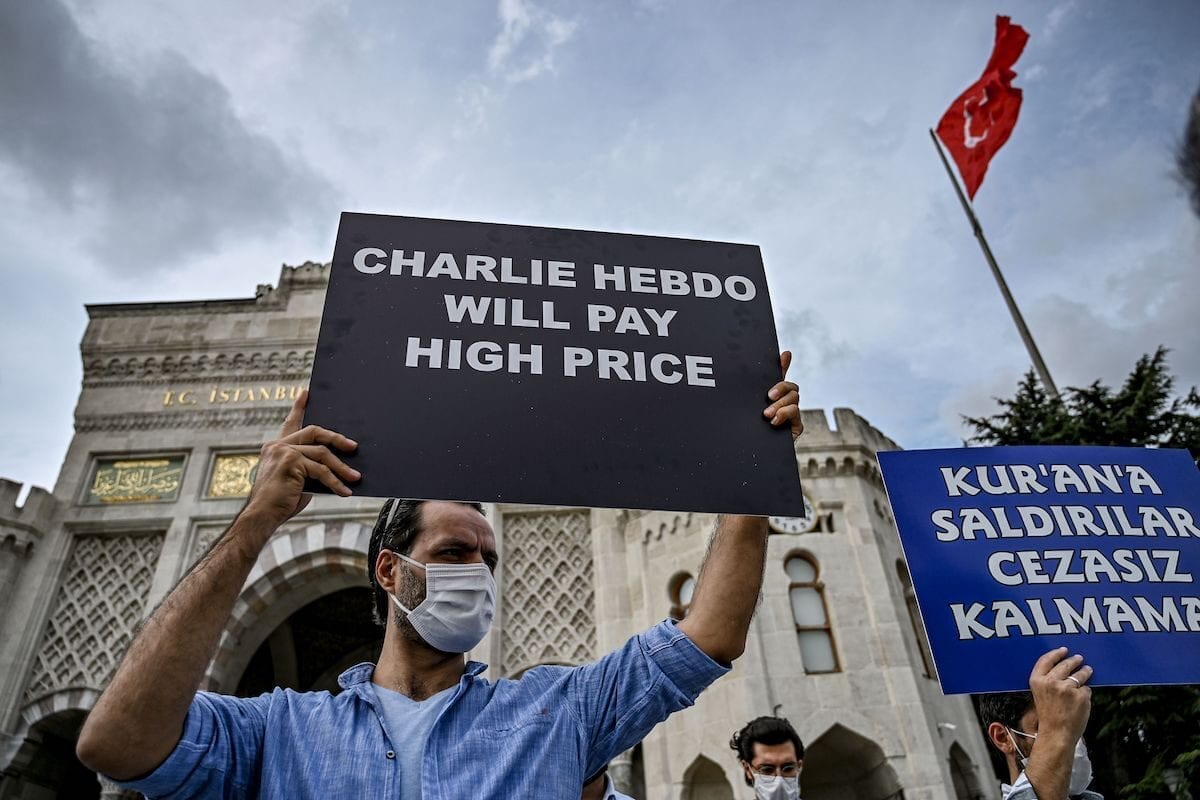 Protesters chant slogans and hold signs against France and the French President in Istanbul, on September 13, 2020, [OZAN KOSE/AFP via Getty Images]
October 28, 2020 at 7:26 pm

The act was strongly condemned, and the charge d'affaires was told that "this despicable attack [by French weekly magazine Charlie Hebdo] on personal rights and religious beliefs cannot be considered under the freedom of press and expression, and that French authorities are expected to take the necessary political and legal steps on these drawings that go beyond the limits of freedom of expression."

The source said that the issue of Armenians targeting Turkish citizens in France was also discussed.

The ministry, according to the insider, asked the French authorities to take the necessary measures for the protection of Turkish citizens, and Muslims in general.

While Foreign Minister Mevlut Cavusoglu said that Turkey will take up the matter internationally, Erdogan filed a criminal complaint against the magazine for insulting him.

The development comes amid widespread criticism of French President Emmanuel Macron for his attacks on Islam, and the Muslim community.

Earlier this month, Macron described Islam as "a religion in crisis," and announced plans for tougher laws to tackle "Islamist separatism" in France.

Tensions further escalated after the murder of a high school teacher, Samuel Patty, on Oct. 16, who showed blasphemous cartoons of the Prophet Muhammad in class.

Insulting cartoons by Charlie Hebdo were also projected on buildings in a few cities.

Macron defended the cartoons, saying France would "not give up our cartoons," causing outrage across the Muslim world.

Besides condemnations from Turkey, Iran and Pakistan, among others, there have been calls to boycott French products, protests, as well as attacks on French websites.