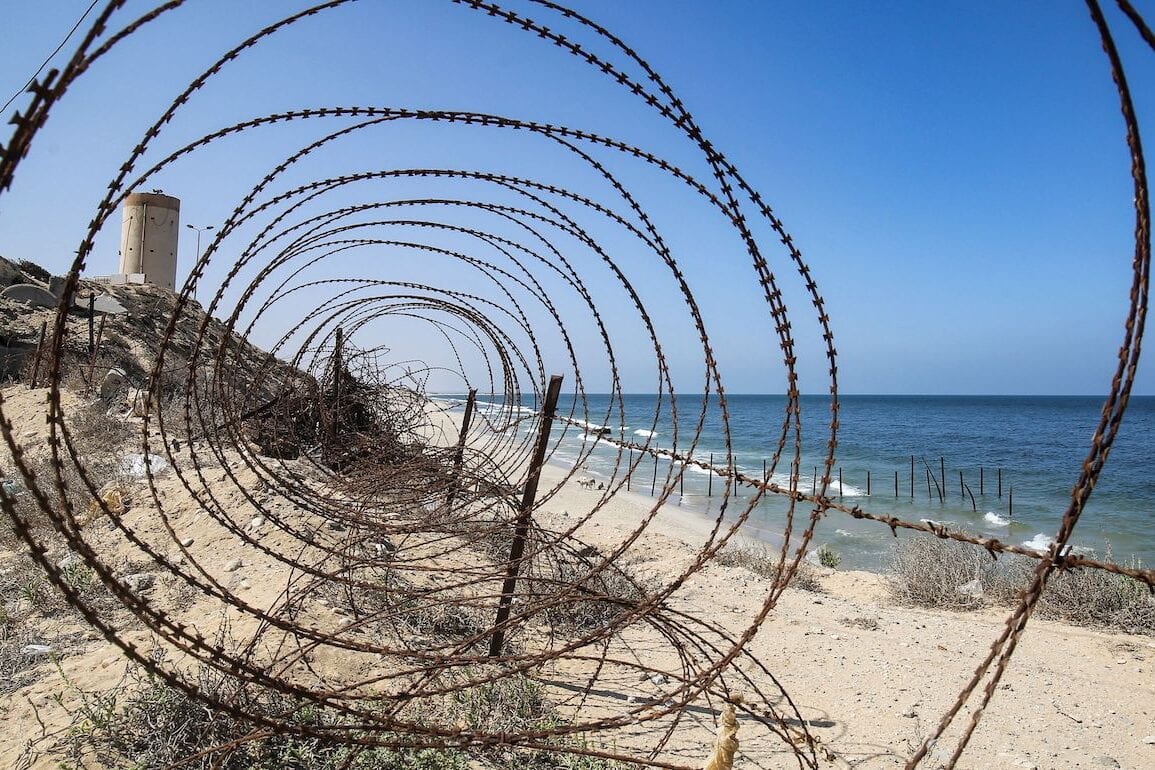 A view of a barbed wire fence along the maritime border between the Palestinian Gaza Strip and Egypt in Rafah on 27 September 2020 [SAID KHATIB/AFP via Getty Images]
October 29, 2020 at 10:31 am

Egypt has agreed to discuss the demarcation of its maritime borders with Palestine, an official from the Palestinian Authority has revealed. A committee has been formed to follow up on this issue, Wafa reported on Wednesday.

According to Mohammad Mustafa, the Chairman and CEO of the Palestine Investment Fund and an economic adviser to President Mahmud Abbas, notes have been received from the parties which share maritime borders with Palestine. "Recently, Egypt said it is ready to discuss the demarcation issue seriously," he added.

In 2015, the PA submitted a map of the Palestinian maritime borders to the UN Secretary-General. It included the continental shelf and an Exclusive Economic Zone off the Gaza Strip.

The Eastern Mediterranean contains massive natural gas reserves. The first of these was discovered in the early 2000s off the Gaza coast, followed by Egypt and then Israel and Cyprus.

Mustafa said that the demarcation is a longstanding Palestinian demand and that Palestine is ready to consider notes from neighbouring states. "The East Mediterranean Forum – of which Palestine is a member — reiterated Palestine's sovereignty and its right to its borders."

He pointed out that Israel had recognised the Palestinians' right to use the natural gas off the Gaza coast and pledged to enable them to develop their resources as stipulated in the forum's charter. Bidding to attract an international company to develop the Palestinian gas fields is ongoing, but slow due to the Covid-19 pandemic.